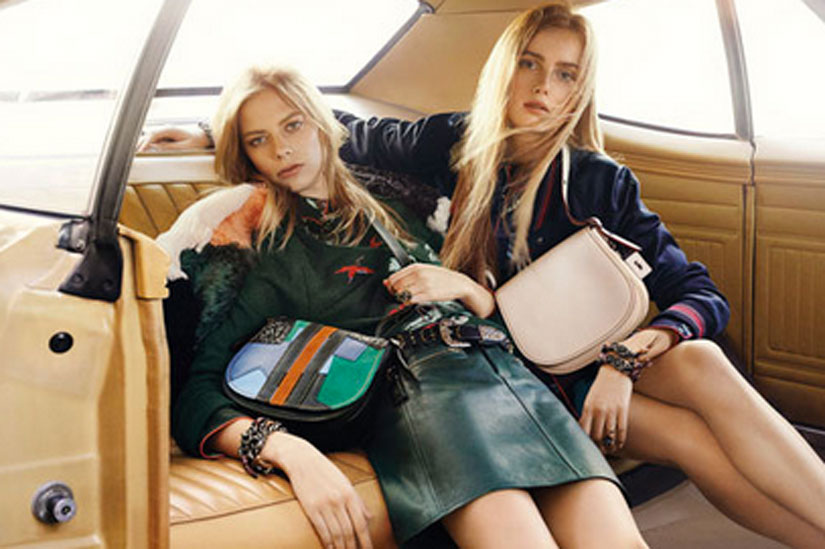 The sculpture, named Illusion, drew inspiration from Bulgari’s Diva’s Dream Collection and Italian gardens, and can be found at the Bulgari Toronto boutique in Yorkdale Mall. The cause strikes a personal cord with artist Pascale, as she lost her father to ALS and is now doing her part to raise awareness about brain health.

Kenzo and Holt Renfrew team up to help save oceans
Holt Renfrew has teamed with Kenzo on an accessories capsule range to aid the Blue Marine Foundation, a UK-based marine preservation organization. The limited-edition collection includes a metalized blue pouch and wallet, and is set to launch at Holt Renfrew and Ogilvy stores across the country on June 8 to coincide with World Ocean’s Day. The Kenzo x Holt Renfrew pouch marks the 13th fashion collaboration by the retailer to benefit a charity organization.

Alex Wang to speak at the Metropolitan Museum of Art
Earlier this week, it was announced that Alexander Wang will be the next guest for The Atelier with Alina Cho at the Metropolitan Museum of Art. On June 9th, at 6:30pm, the designer will take the stage with journalist Alina Cho, who will interview him on a variety of topics, including his views on fashion’s changing landscape. You can buy your ticket here.

Levi’s celebrates the 143 years
In celebration of the 143rd birthday of the blue jeans, Levi’s will screen the fourth and final episode of its documentary series, The 501 Jean: Stories of an Original. The episode explores the effect that Levi’s has had on Japanese fashion through a series of interviews with fashion insiders. You can view the episode here.

Coach launches a new campaign
Back in January, Coach presented its first ever pre-fall collection, which has now landed in stores across the country. To coincide with the launch of the collection the brand also unveiled an ad campaign which marks the debut of its latest handbag, The Rogue. Shot by Steven Miesel, the Western-themed campaign features cool girl essentials like a leather mini and a patchwork handbag.