We chatted with the model about learning to surf and the power of being underdressed. 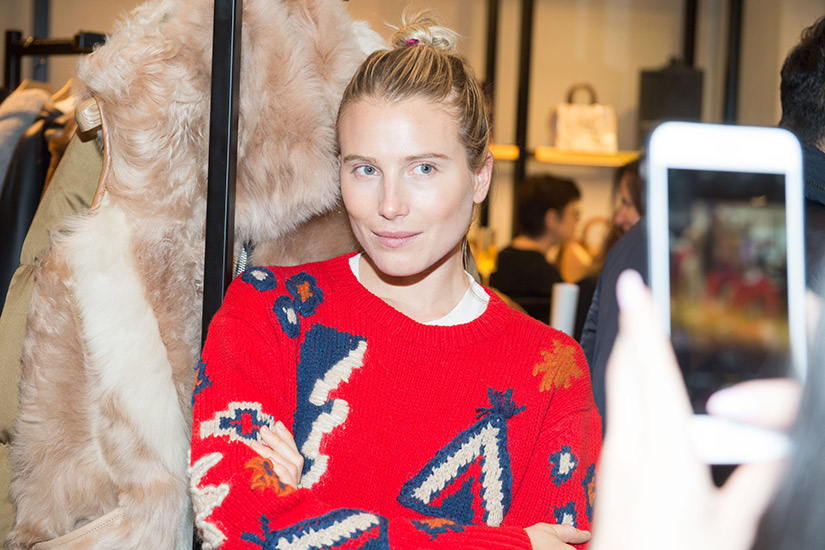 If you meet Dree Hemingway at a party, be warned: You’ll wish you didn’t wear heels and your going-out blazer. You’ll wish you could be more like the model, occasional indie film actress and granddaughter of that Hemingway, wearing dirtied converse and loose layers, mascara-free and possessing a laid-back cool that only comes from splitting one’s time between New York and L.A. and learning how to surf in Costa Rica. At least what happened to me when I chatted with Hemingway, who was in Toronto to toast Coach’s 75th anniversary.

You have a place in New York and L.A. Is there a New York Dree and an L.A. Dree?

“I used to be that way when I was younger, but as I get older I’m more comfortable and just free being Dree anywhere. I may wear more black in New York than I do in Los Angeles, but it’s ripped Levis all the time.”

So it’s safe to say you’re more of an under-dresser than an over-dresser?

“I only under. I am genuinely the happiest person to be the most underdressed. Whether it’s a huge gala, or a ball. There’s a happy moment in that.”

You’re friends with [Coach creative director] Stuart Vevers. Did you meet through the fashion industry?

“I’ve known Stuart for years and I was really, really excited for him to get this job at Coach. I met him when he was at Loewe, though one of our mutual friends Katie Grand. When he got this job, I was his biggest supporter because he’s so talented and I think that American fashion needs a bit of that British edge and that fun, light feeling that comes along with London.”

And he’s bringing a very iconic kind of Americana back to the brand too.

“He’s staying really true to the Coach brand, which is incredible. When I say the British edge, it’s like when he adds a dinosaur and things like that. For me, because I lived in London, I could see it. They have fun with [fashion], they like to mess around a bit and not take themselves too seriously. And Stuart has done a really nice job of mixing a really luxurious way of dressing that’s so New York with that little bit of fun.”

Was there anything from the spring collection that caught your eye?

“That colour palette was just to die for. I can’t venture into that yet because I just tore apart the winter [collection]. The last show was incredible and I think it might be my favourite season; a little ’70s and a little ’80s.”

Do you have a favourite fashion decade?

It’s interesting, what’s happening in fashion now is almost a mix of those two decades.

“Yeah, I’ve always been a fan of the more high-waisted jeans. I’m happy that it’s not all about the sucked-in legs anymore. If a see another jegging, I’ll die. I mean it. I’m excited to see that kind of mom jean mixed in with these chic tops. It’s a little more French feeling.”

There’s just something about throwing a frilly, girly blouse with a mom jean.

“With an Adidas or some kind of flat shoe. Maybe a Chelsea boot.”

So not a fan of heels, then?

“I’m always in flats. The only time I don’t wear flats is if I really feel like jazzing things up. But I do love heels and I have a lot of them, but it’s kind of like Imelda [Marcos], I really think they’re so beautiful and they just need to be in my closet. I’ll wear them once or twice but it’s comforting to know they’re in my closet.”

Are you travelling anywhere soon?

“I’m going home to Idaho for Christmas, which I’m really excited for. My sister will be there. I might go to Costa Rica to go surfing for my birthday.”

Are you a good surfer?

I read that you’re a cat person. Is that true, one cat lady to another?

“I love dogs so much, but I think I relate to cats more. When they want attention, they will ask you for it. When they don’t, they retreat and they’re very self-sufficient.”