David Yurman has a curious way of talking about jewellery 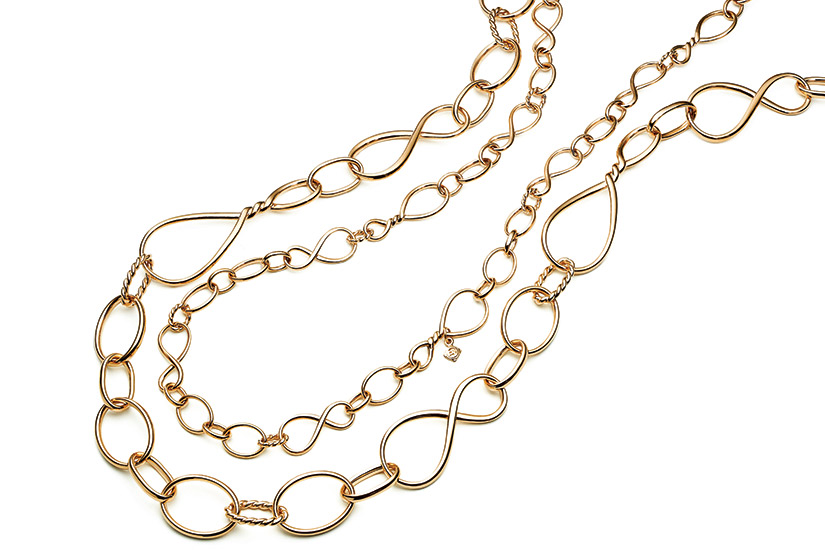 The airy space in David Yurman’s Tribeca, N.Y., headquarters looks bright despite the gloomy weather outside. The walls of the showroom are covered in fine gold foil that has been crinkled just so—like the surface of those mesmerizing minerals you’d see in a natural-history museum. Yurman, the jewellery designer who turned his innate artistic point of view into a global mega-brand, prefers a walk-and-talk over a sit-down chat, so the walls offer twinkling accompaniment as we stroll past rounded glass cases displaying the spring collection. The 200-piece lineup includes new takes on the brand’s recurring Continuance and Helena collections. The twisted links of the former are meant to resemble infinity, while the latter’s off-kilter “X” motif was inspired by an abstract painting by Yurman’s wife, Sybil.

And here’s another thing I learn about the designer’s interview style during our conversation: The man is a master of metaphor. Yurman started selling his designs in a high-school cafe-teria in Long Island in the late 1950s (and got in trouble with the principal) and then, after working as a sculptor in Greenwich Village, went on to found his eponymous brand with Sybil in 1980. So he has had plenty of time to collect unlikely analogies for his creative process. Take production—from early sketches to prototypes: “It’s like marriage,” he says. “You have to make compromises.” Adding the final touches, according to Yurman, is just like training a horse. “I would never let anyone else train my horse, and I would never let anyone finish my jewellery.” He holds up a piece from the archives. It’s one of the brand’s iconic twisted-cable bracelets, which was first introduced in 1983 and has been a part of every collection since. Fittingly, this particular C-shaped bangle is finished with an eques-trian-style buckle detail.

As I point out the gleaming, unblemished pearls that make up the Solari collection,  Yurman equates the search for these gum-ball-size spheres to finding the best steak in Manhattan. My favourite term, however, turns out to be an original Yurmanism. “I design by feeling, by ‘utzing,’” he tells me as we enter a small room filled with his bronze sculptures from the ’70s. “When I say ‘Shave that down’ or ‘Open that up,’ that’s called ‘utzing,’” he says, adding a caveat: “But I only do one utz at a time; I have to see the totality of a piece every time I make a change.” Now we’re talking.