Can You Handle the Return of the Kitten Heel?

One writer's take on the oft-misunderstood shoe that is “safe but not sensible.” 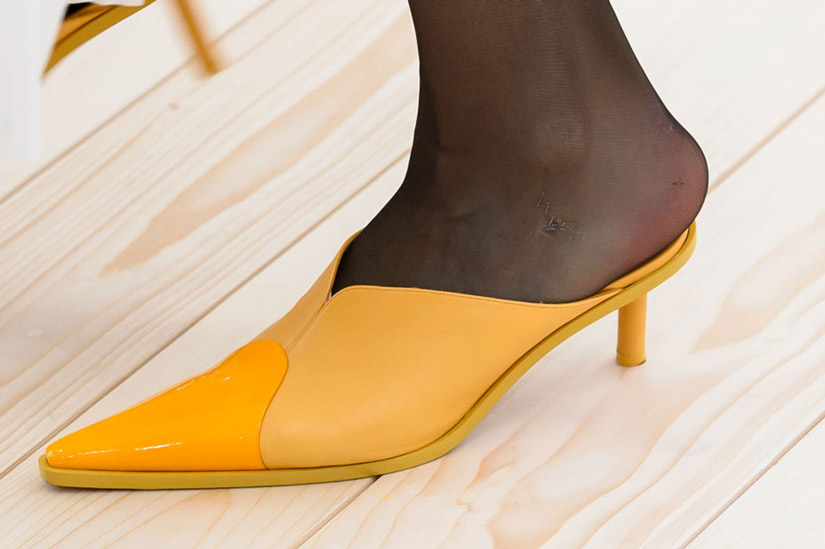 Fashion watchers say that the kitten heel is ubiquitous this spring, but is it? Since the kitten heel is neither as flat as a crepe nor as high as a flagpole, much gets dumped into its medium-sized category that isn’t kitten, or, really, even feline, at all. In fact, it’s easier to say what a kitten heel isn’t than what it is.

It is certainly not a stiletto. Neither is it square, squat, sturdy or stacked, even if it’s medium height. What makes the Dior slingback with logo strap, Prada sandal, pointy Acne Studios slingback, Loewe moccasin and Céline babushka slipper kitteny is the indentation right at the top of the heel, called the “seat.” It makes the heel look like a comma. Sometimes, it’s so bent in that it looks like a cartoon shoe that has skidded to a screeching halt. And although the heel is shaped like an hourglass, it is imperatively skinny because a fat hourglass-shaped heel is for high kicks and tap dancing. “They give your leg a pretty silhouette,” says my friend Sabine. “And if you have full calves, kitten heels make them taper away and disappear.”

Kittens are great in-between shoes. They are safe but not sensible, dressy but not ditzy, stylish but not slavish. Which is why they were the heel of choice for Audrey Hepburn and Jackie Kennedy (and still are for Michelle Obama).

But what do we really think about the kitten heel? It isn’t a heel that inspires heated passion. By nature a compromise shoe, the kitten emerged in the 1950s as a “training” heel for younger girls. Designed for one’s first tentative steps in what was then the high-speed foot race for husbands and high heels, kittens are cute, tasteful, elegant and demure. They are the Baby Duck that comes before champagne. They are the quinceañera of footwear.

That said, cats have their claws and so do kittens. When the heel is spiky and the toe pointy, like last fall’s white Balenciaga bootie, it can be an interesting, aggressive shoe. Diana Rigg wore a black leather bodysuit and kitten booties as she kung-fu-chopped villains in the ’60s TV show The Avengers. Sharp kitten heels, torn fishnets, bird’s-nest pompadours and gobs of black eyeliner was how punk icons Exene Cervenka, Siouxsie Sioux and PJ Harvey rolled in the 1980s and early 1990s. These were not women of moderate taste, as the kitten heel is wont to express. This shows that it’s a shoe with plenty of wiggle room for personality and, possibly, even rebellion—a shoe exactly suited to our times.