The 10 most shocking fashion moments of 2011

A roundup of the most surprising sartorial events of the year.

From fashion faux pas to style scandals, 2011 has seen its fair share of turmoil, intrigue and OMGs. Here are the 10 most buzz-worthy fashion moments of the year (in no particular order).

1. Kate Middleton’s McQueen wedding dress
Kate Middleton and Sarah Burton’s Alexander McQueen successfully kept the best–guarded secret in fashion history. While media outlets joked that, next to the assassination of bin Laden, it was the world’s biggest international secret, they weren’t exactly far off. From secret sewing rooms to confidentiality agreements to bold-faced lies (even Burton’s parents were unaware of the commission), Team Royal Wedding took on Interpol-worthy operatives to prevent the fashion Twitterverse and Wikileaks from figuring it out. That such a feat was accomplished in a world of Internet gossip, Instagram photos, blogs and vlogs, is in itself incredible and definitely brings new meaning to the term Costume Drama.

2. Pulling a Pippa (Middleton, of course)
While the new Duchess of Cambridge captivated the world in her breathtaking dress, it was Maid of Honor, Pippa Middleton, who managed to steal the entire show. Dressed in a body-hugging McQueen sheath, the sexy younger sibling unwittingly upstaged the bride and became an instant media darling. In the weeks that followed the wedding, PMiddy’s (aka her Royal Hotness) face was splashed across magazine covers and Facebook fan pages were created in her honor – or at least that of her now infamous posterior.

3. The Row’s $39,000 backpack
Remember that ratty old nylon knapsack you used to carry to class? Well, the Olsen twins put it to shame this past summer with the introduction of their uber-luxe backpack for their label, The Row. Much was made of the crocodile-constructed carryall’s price tag – an eye-watering $39,000 – and it even landed on CNN’s silver fox Anderson Cooper’s RidicuList. Not that the mini-moguls minded; the bag proved to be an instant bestseller.

4. Christian Louboutin vs. YSL
This was the year that had fashion watchers seeing red. In April, shoe guru Christian Louboutin sued French fashion house Yves Saint Laurent, claiming trademark infringement for producing scarlet-soled shoes. The contentious legal battle went into overdrive in late August when the request to stop the sale of YSL’s footwear was denied and the judge hinted that Louboutin’s monopoly on the signature colour could end by next year. Watch this space.

5. Target’s Missoni madness
When Target announced in August that it was collaborating with Missoni on a massive capsule collection, they had no idea the kind of excitement that would ensue. On the day of the September 13th launch, millions of eager shoppers managed to crash the retailer’s e-commerce site causing many to miss out on getting their paws on those zigzag pieces. Customers complained, gift cards were sent out with apologies, and Target announced its web operations president left the company. Here’s hoping they won’t make the same mistake with their Jason Wu collaboration.

6. Victoria Beckham wears flats
STOP THE PRESSES! Posh may have given birth to a beautiful baby girl, but she got almost as much ink for stepping out in something other than sky-high stilettos! After suffering from a slipped disc following the birth of her daughter, the undisputed Queen of vertiginous heels, was forced to wear flats – in public! Beckham, of course, made a triumphant comeback in towering heels just a month later at New York Fashion Week.

7. Carine Roitfeld bids adieu to French Vogue
Carine Roitfeld’s announcement that she was leaving her post as editor of French Vogue sent shockwaves throughout the fashion industry. After all, she helmed the mag for almost a decade and, under her tenure, it became both an editorial and financial success, not to mention a hallmark for what was cool in the world of fashion. Following her resignation, the beloved and massively influential ex-editrix kicked off the year by teaming up with Barneys for their fall campaign and windows display, styling Chanel’s advertising campaigns, launching a coffee table tome, Irreverent, and, most recently, announcing she will be starting a new magazine.

8. The case of the missing Marc Jacobs collection

Apparently some eager fashion fiends couldn’t wait for MJ’s latest looks to hit store shelves. In November, it was announced
Marc Jacobs’ Spring 2012 collection, the very same samples that sashayed down the New York Fashion Week runway back in September, were pilfered from a London-bound train departing from Paris. The frocks were en route to a press day with editors at British glossies, and said editors were notified about the missing MJ creations via email announcing the cancellation of the scheduled press day. Team MJ later took to Twitter to announce they were offering a reward for the collection’s safe return. Fingers crossed.

9. Galliano’s fall from grace and dismissal

The fashion industry is still reeling from John Galliano’s dismissal from Christian Dior over racist and anti-Semitic remarks he made last March. While the designer’s career remains in tatters and he continues to undergo treatment for a trifecta of addictions, not a week goes by without a new rumour surfacing about who will assume the couture helm at Dior. And now that the spotlight has shifted away from Marc Jacobs, the Dior designer speculation fracas is most certainly back in full swing.

Any roundup of the year that was just kouldn’t be komplete without mention of the Kardashian Klan. In August, Kourtney, Khloe and Kim launched their Kardashian Kollection handbags for Sears but bloggers were quick to point out that the designs were not-so-subtle nods to – if not blatant knockoffs of – Balenciaga, Yves Saint Laurent, Celine, Chanel, Chloe, Foley Corinna and Botkier. Monica Botkier even sent a cease and desist letter. Let’s hope more original inspiration makes the list of the Kardashian’s new year’s resolutions.

Do you agree with our list? Did we miss any shocking moments? 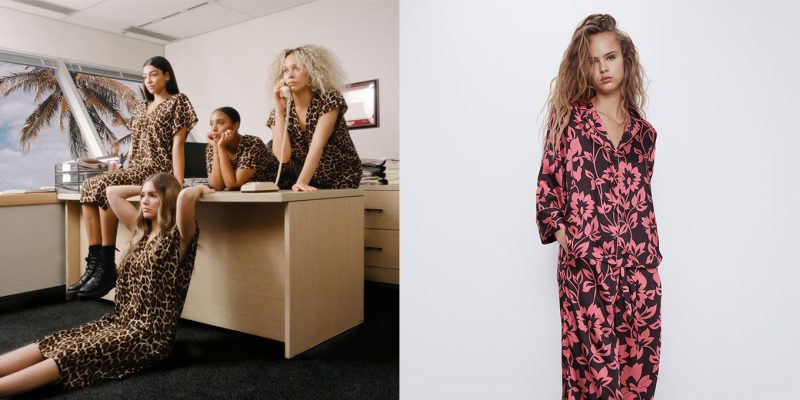