Photography by Stefania Yarhi
3:15 am: Fall out of my bed in a total panic: Did I miss my wake-up call? No, go back to bed.
Argh.
7:00 am: Rise and shine. No sleep for the fashion wicked. Coffee, coffee, coffee.
10:30 am: First up:
Timo Wieland. Designers Timo Wieland and Alan Eckstein told me the secret to their collection. "It’s as if Gloria Vanderbilt and Keith Richards had a kid." I dig it.

11:15 am: Book it down to MILK Studios for
PREEN. Spotted:
Garance Doré, street style’s first lady in the front row. The show in one word: Magnificent. Love the kaleidoscope of colours and textures.
12:35 pm: Working on a hope and a prayer, I gun it to the
Simon Spurr show hoping it starts later than its promised noon start time. I’m wrong. They overbooked the show and I’m left out in the cold. Take comfort in the fact I’m not alone: Many an angry fashion editor yelling at the PR people. I leave before it turns ugly.
1:45 pm: Coffee break at the unofficial New York Fashion Week Starbucks at 63rd and Broadway.
2:00 pm: Brooklyn designer Suzanne Rae at the Lincoln Centre. It starts with a fashion video directed by Alexandra Roxo featuring Coline Jourdana and Karolina Babczynska. Rae’s clothes are Victorian-gone-grunge, ready to take you from the library to a seedy bar. All of this coupled with a live performance by indie group Mother Feather. Fun.

4:00 pm: Heading downtown for the
Pierre-Henri Mattout menswear presentation. A swing hangs down from the ceiling in the middle of the studio. In a corner, a photographer shoots the models in their head-to-toe looks while guests look on. Mattout’s nautical French designs are matched with the show’s overall
joie de vivre.

5:30 pm: I have a couple hours to kill so I head to
Opening Ceremony and caress the Rodarte offerings lovingly.
I contemplate spending my entire next month’s budget on a cut-off knit sweater, but decide against it. For now. I’ll need to pace my shopping to make it to the end of fashion week!

6:00 pm: Combine lunch and dinner at La Esquina Taqueria.  I have a half hour before my next show so I take this time to regroup and re-fuel.
6:30 pm: I’m at the quaintest theatre: The Connelly in the East Village for
J.Sabatino’s show. On stage, an accordion player sets the mood, very French. The rest of the stage is empty, save a strip of dirt: the model’s runway. The looks are decidely rumpled: layers of outerwear, denims and natural dyed cottons. The looks seem to have leapt off the pages of Huckleberry Finn.

7:15 pm: Find myself in the Meatpacking District for the
Bensoni show. I see
The City‘s Olivia Palermo wearing shorts, nautical stripes and the  fashion editrix staple: the fur vest. The collection is a mix of military and plaids, chiffon with cable knits… It’s a very cool, downtown mix. Designers Benjamin Channing Clyburn and Sonia Yoon (who plan to wed this Spring) say they were inspired by weddings and the anxiety associated in planning them.  "I’m just excited to start designing my own dress now," Yoon tells me.
8:00 pm: Shooting the models backstage at the
Gregory Parkinson show. This is my favourite part of covering Fashion Week’s: Getting a behind-the-scenes look at the madness and energy pre-show. Always a textile designer, Parkinson’s brocades and tweeds were layered together creating levels of matched vs. mismatched. The presentation was a feast for the eyes, jewel tones and metallics set against a white back-drop created a stunning visual impact. 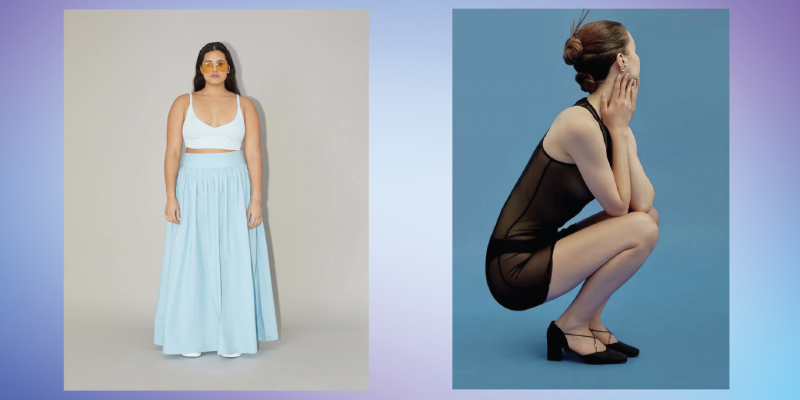