Geoff Barrenger is only 23, but he's one of the hottest fashion photogs around. 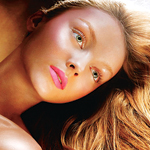 Snapshot: A tall, lanky kid in regular jeans and a grey T-shirt, his hair grown midway into a ‘fro, walks into a modelling agency with a portfolio of pictures (schoolmates and the odd vacation shot) — not too promising a scenario. But for then 21-year-old Geoff Barrenger, it was the tipping point that launched him into the world of fashion. He has already amassed a roster of clients, such as ELLE Canada, Inside Entertainment, Surface, Holt Renfrew, Harry Rosen and Parasuco. He has been called a maverick, but it’s more accurate to say he’s an anomaly. For one thing, he’s quiet; some might even say he’s reserved. And while he loves fashion, he isn’t a high-end-label hound. “I treat my clothes badly, so that’s why I tend to wear cheaper labels. That way, I don’t feel bad about ripping them or putting different colours in the same wash. For parties, I dress better. And for new clients, I dress older.”

Barrenger’s career started with “creatives” — the photos that agencies use for new models’ comp cards. Since he couldn’t afford a camera, he had to borrow one from Sheridan College (in Oakville, Ont.), where he was in his last year of the applied photography program. (He graduated in 2003.) In exchange for the use of lighting equipment, he occasionally assisted an established hair photographer who lived across the street from him. Barrenger’s first creative was Marla Boehr, who has since gone on to work major runways, fashion shoots and ad campaigns. (She landed the September 2005 and February 2006 covers of ELLE Canada.) “We shot the creatives in my apartment [in Toronto],” he says. “It was so small, we had to move the fridge and table out of the way to make room.”

Barrenger says his success was just luck — “a lot of dumb mistakes that ended up working.” Although he admires the photography of Peter Lindbergh, Steven Klein and Paulo Roversi, he says that while fashion can be art, fashion photography isn’t necessarily so. “You have to remember that it’s often about selling the clothes. Once in a while, a shoot pops up where you can play a bit more. It’s important to have an image that says something or evokes an emotion in the viewer.” Eventually, he wants to get into film and play more with cinematic approaches to photography. “My style is evolving,” Barrenger says. “It’s not anywhere near where it should be.” For more info, visit www.geoffbarrenger.com.

Interested in fashion photography? Go behind the scenes at a fashion shoot!