The elegant actress openly chats with ELLE Canada about her upcoming roles. 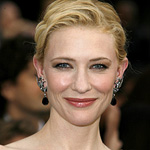 Cate Blanchett plans to be at the Toronto International Film Festival this fall. “With bells on,” she told ELLE Canada in a wide-ranging interview in the September edition that hits newsstands on August 13th.

All eyes will be upon the Australian mega-star when The Golden Age, a sequel to the critically acclaimed Elizabeth, receives its world premiere in Toronto. Talking to ELLE, Blanchett described her excitement at revisiting the character of the gutsy 16th-century monarch that first shot her to international fame in 1998.

But Blanchett will play double-duty in Toronto, representing a second — and very different film from The Golden Age — that will also play at the festival.

I’m Not There promises a stunningly unique look at Bob Dylan. In an antithesis of the classic rock biopic, director Todd Haynes has six very different actors interpreting characters who represent the essence of Dylan — his heart and soul — more than the nuts and bolts of his life.

In yet another example of her astonishing versatility and creative daring, Blanchett plays one of these versions of Dylan. She discusses the film, and more about her extraordinary career, in this exclusive excerpt on ELLE Canada Online.

Tell us about your character in I’m Not There.

I play a musician who’s on tour, kind of self-combusting and taking a lot of drugs.

It’s a man’s character, but it’s played by a woman which I think is really smart. In terms of the visual iconography of the film — the period that a lot of people associate with the moment when Dylan went electric — it’s very visually recognizable. The hair, the suits. Todd wanted that silhouette.

To have a man inhabit that silhouette, people would have been looking much more for Dylan. But because I’m a woman playing it, you’ve already got that Brechtian relationship set up with the audience, where you’re already saying, this is not really what it seems, or is it?

Who are some of the other characters?

The film puts Dylan’s persona into six different characters, if you will, and then assigns them each a different gender and race, and puts them in a different in point in history.

Forget the runway! We roam Canada to check out your trendsetting street style!

Yes, it’s a very unusual and delicate film. It’s quite robust and muscular in the risks that it takes. But it’s going to be an interesting thing to see how people connect with it. People say it’s a biopic. But it’s not.

How is it different from a traditional biopic?

Did Dylan have a special resonance for you as you were growing up?

Absolutely. He’s kind of associated with freedom for me. I really got into him when I left home, when I was 17 to go travelling. But it was when I went to drama school afterwards that he had the most resonance.

Well (long pause) that’s sort of like asking who your favourite lover was. All the songs, they’re all so different and it really depends. I listened to Highway 61 a lot when we were filming. It was just the energy of it. But probably (another long pause)… oh god, I can’t say what my favourite is.

Oh yes, I sing all the time. But in this film, because I’m playing a man, Todd decided he wanted a man’s voice to come out of my mouth.

What do you think of biopics?

I don’t tend to idolize musicians or actors or politicians or writers. It’s more what people do that interests me. So I’m not a great biographer reader. Although, you know, as I get older, that’s kind of changing.

What do you mean? You got spectacular response – and an Academy Award – for your interpretation of Katherine Hepburn in The Aviator.

Yes, I did enjoy A. Scott Berg’s Kate Remembered about Katharine Hepburn. At the very beginning, it has a disclaimer saying ‘I know her too well, so this will not be impartial.’ Because that’s the general thing about biographies, particularly biographies of rock stars, and even more so biographies of Bob Dylan. It’s all about the writer and very little about the subject.

What do you think of Cate’s style? Chat about it in our forums with other readers!Another one of your upcoming films has an intriguing name: The Curious Case of Benjamin Button. And it has you working again with your Babel co-star Brad Pitt. Tell us about that project.

It’s loosely based on a F. Scott Fitzgerald story about a man who’s born old and ages in reverse. I play the girl he meets, when she’s 6 and he’s 10, when everything is supposed to be perfect and they can actually be together. It’s a star-crossed lovers’ story really — an epic story in the way Moby Dick is epic. But the film’s release is still a way’s off. It’s got more filming to go and then post-production process, which can be very long.

What’s it like to work with Brad Pitt again?

Oh, Brad is mesmerizing and extraordinary in this because he takes the character all the way through a life.

Speaking of mesmerizing, what is it about Australian actors that sets them so far above the crowd?

We’re very curious. And we travel a lot. And our film industry is very small. There’s a wealth of talent there. And there’s not enough work in the film industry to keep people at home. To have a continually expanding career, you have to travel.

I think that’s the thing of any culture. I mean, if you’re a French actor and you want to have audience outside your own country, you have to travel. There’s not that sense in America that you have to do it, I suppose, because the film industry is so large there.

Describe this Australian rite of passage of travelling abroad when you’re young.

Wasn’t it on your ‘rite of passage’ travels that you got your unexpected start in acting when a casting director gave you a bit part on a film being shot in Egypt?

Oh dear (sigh). It’s like I’ve got one anecdote and it’s so minor and so many other things happened. But on the Internet, these stories become so overblown. I went away not wanting to be an actor at all. And I literally did it (the role in Egypt) because I had no money at all and someone offered it to me. And I thought: ‘Well, that will buy me food for a week. Ad I can stay in Egypt for a week longer.’ But it was utterly boring. It’s a pretty dull story.

But it’s a story that’s survived in your resume…

The media, forgive me, tries to make your life liner. And a creative life does not happen that way. Very few people’s lives happen that way. One event evolves into another. It’s much more random. I’ve had a healthy lack of consequence. I made some dreadful mistakes and I’ve pulled in some dreadful performances. But you just keep moving forward. You have to have a very strong sense of your own internal success barometer, setting new challenges and learning from your mistakes.