One to watch: 6 emerging fashion designers you need to know now

The industry is buzzing around which designer is the one to watch this upcoming year. Here is our guide to the emerging talent who are on the cusp of making it big. 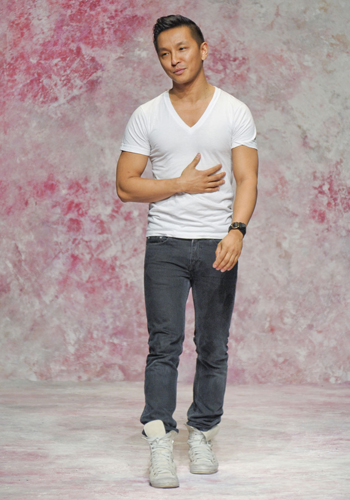 From indie upstarts to storied houses, these six fashion brands from around the globe are making major waves (and turning major heads on the runway). Brush up on their signature styles and famous fans — just in time for you to become one as well.

One to watch: Dree Hemingway for Sandro

Hemingway has that effortlessly understated, je ne sais quoi style that every girl covets so it’s no surprise that chic French label Sandro tapped the twenty-four-year-old model to create a capsule collection for spring. Inspired by her free-spirited beauty and American roots (great-grandpa is Ernest, mum is Mariel), the 10-piece offering fuses Sandro’s Parisian insouciance with Hemingway’s feminine, bohemian look, featuring linen t-shirts with Ikat prints and embroidery, floaty dresses, and dip-dyed denim cut-off shorts, as well as a range of accessories including silk patterned scarves and leather clutches. The collaboration coincides with the label’s US launch, but The Bay has scooped up the exclusive in Canada.

One to watch: Clover Canyon

Ever wanted to just roll out of bed and head off to work in your PJs? Then meet Piamita, the dreamy new line that makes loungewear dressing utterly chic. Launched in Spring 2011 by industry vets Cecilia de Sola, W Magazine’s market and accessories director Karla Martinez and production manager Luiza Leitao, the design trio take the look of traditional men’s pajama sets and infuse them with a feminine and luxuriously tailored twist. The result is a collection that is sexy and surprisingly sophisticated. And, with pajama dressing a major trend for resort (think Celine, Louis Vuitton and The Row), these pieces are begging to be paraded in the streets.

Keep reading for more designers and labels who are emerging as big players in the fashion industry, on the next page…

Just when you thought the Brits and Burberry had the trench coat market cornered comes a young Parisian designer who simply goes by the name Dryce. His debut Fall 2011 collection, which featured silk layers of photo-printed fox fur, turned the traditional topper on its head and caught the attention of fashion visionary Rei Kawakubo, who snapped it up for 10 Corso Como in Tokyo. Glee’s Dianna Agron has been spotted in the brand’s tan trench with slick black vinyl insets but it’s the sophomore collection for spring, showcasing photographs of
decadent gold and silver foil printed on silk that is set to take the line into a glam new direction.

One to watch: Moynat

Fashion loves a makeover story and the one behind 19th century trunk-maker Moynat may just be 2012’s biggest. Luxury titan Bernard Arnault of LVMH purchased the rights to the venerable French house last year and is determined to revive the brand that has been dormant for decades. Arnault has installed former Hermès, Christian Lacroix and Yohji Yamamoto designer Ramesh Nair at the helm — in much the same way he placed Marc Jacobs at that other forgotten trunk-maker Louis Vuitton almost 15 years ago — and just opened a swish new boutique on rue Saint-Honore in Paris where the jet set can commission made-to-order steamer trunks or pick up a small leather goods and silk scarves on offer. Nair has concocted a
range of bags in a classic vein, but with a minimalist edge, putting the focus on handles and closures that were Moynat obsessions. The star of the collection, The Pauline, incorporates the company’s trademark curves and is named for its founder, Pauline Moynat. (Not only is the business older than Goyard and LV, but the founder was female, a shocking rarity a century and a half ago.) Consider this the final nail in the coffin of the it-bag craze.

One to watch: Prabal Gurung for ICB

The Fall 2012 shows at New York fashion week will see the inaugural collection by Prabal Gurung for ICB. The Japanese label, formerly designed by Michael Kors and then Viktor Rolf, tapped the maverick designer to relaunch in Europe and the US and we expect it to be another stellar showcase of his singular vision and expert craftsmanship.