Fashion Baylon: Looking up the Skirts of the World's Most Glamorous Industry 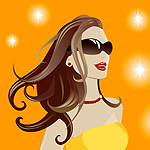 Share your thoughts on the world of fashion with other ELLE Canada readers in our forums!

Today is the morning after the night before, and if I look closely at Alexander’s upturned nose I can see that both his nostrils are frosted like a margarita glass. He’s been at the jazz. But then we all have. It’s the end of another long and exhausting London Fashion Week; how else are we supposed to remain funny and fabulous without a couple of grams of Bolivia’s finest in our Chloé leather Paddington bags?

Not that we are this morning. Laying flat on his back, fully clothed, clutching an empty bottle of Grey Goose vodka tightly to his chest, Alexander looks like he is barely capable of speech let alone an amusing anecdote or witty quip. And I couldn’t feel less fabulous. It was my sixth runway show last night, and lying here, staring at the ceiling of this overpriced hotel suite which we booked ourselves into to carry on the after-show party, I can’t help thinking things might not be going my way.

It won’t be anything to do with the show. I mean, considering my lack of financial backing, all the time constraints and the fact that two of my stitchers walked out at the last minute, my collection wasn’t actually that bad. I’d really gone to town with my tailoring skills. Well, that is my signature. I’m known for my cut. I love it. You can take pounds off people with a well-placed seam. My jackets were tight and short, my skirts skimmed the hips and pinched in the waist, my trousers were wide legged and my shirts had leg-of-mutton sleeves. I’d gone for a nautical theme, with stripes and sailor’s hats. Lots of white. I think there was one killer white and silver dress in the show. I was actually quite pleased with the way that it all turned out. It arrived on time and in the right order. I didn’t have a moment like one designer did, whose collection, entirely of navy blue, fell off the hangers and all he was left with was a pile of crumpled blue clothes and no idea as to which order to put them in. He apparently then sat on the catwalk and burst into tears saying he would never design again. But my clothes did arrive. As did the models. A couple were late and a few more were a little worse for wear. They’d been at the champagne early but they were still capable of walking a straight line; those who weren’t had a line to straighten them up. Even the famously flatulent model who guffs her way up and down the runway managed to put a cork in it for my show. Perhaps she’d laid off the beans in my honor. So the smiles were genuine. Even if some were a little rictus. However, on the whole I thought it went well. Everyone made it there and back. No-one keeled over like Naomi Campbell in her heels, the fash pack flocked backstage to pat and preen and pretend, and we all tucked into the booze after the show.

No, the real problem is that my last two shows were deemed hits by the press. Particularly my last Fall collection. Christ, even Anna Wintour liked it. Not that she saw it, of course. She doesn’t really do London. We’re too small, unimportant and lacking in advertising funds to warrant a visit from Nuclear. She does deign to descend on London Fashion Week occasionally. She is rumoured to be coming next season, but she is always rumoured to be turning up, on her way to Milan and Paris. Much like Madonna is always supposed to be coming to premiers and London fashion parties, so La Wintour is always anticipated and fêted and never shows. It was, therefore, one of the worker bees from USVogue who turned up to my last show. Anyway it was deemed hot and happening, on the button, fashion forward enough to have a whole corner of a page in US
Vogue. They even included a couple of my blouses and a trapeze coat in the round-ups.
Elle magazine ran a feature.
Marie Claire asked for an interview.
Harper’s did a shoot. The
Evening Standard gave me a double-page spread, suggesting that I might be the new Roalnd Mouret. A hack from the Telegraph came to my after-show party. Even Style.com couldn’t summon the energy to slag me off. In fact they were nice. Everyone was nice. Which is a dangerous thing in fashion.

Check out our Q&A with the author of Fashion Babylon, Imogen Edwards-Jones!

I have been staring out of the window for the past two days. I’m looking for inspiration for the new collection and it just isn’t coming. This is a nightmare. Unlike composers, painters and writers who can sit around for months at a time, twiddling their thumbs, knocking back the pastis and pulling fluff out of their navels, waiting for a muse to find them, fashion designers have to deliver a minimum of two collections a year, every year, otherwise they go out of business. You can’t arrive at the beginning of London Fashion Week and throw your hands in the air and say ‘I am terribly sorry but there’s no spring/summer this year.’ Fashion is a strange business. It claims to be an art, but really it is all about business. If you don’t conform to the rules you are dead in the water. And the rules dictate that no matter how devoid of ideas you are, no matter how knackered and uninspired, you still have to get models into frocks and, twice a year, shove them down a catwalk.

My mood wall is a joke. Something along the lines of a student collage, it has photos and swatches and carefully torn out bits and pieces stuck to it and is supposed to tell you something about what we are feeling at the moment. Not dissimilar to what a very rich woman might give an interior designer to tell them what she fancies in her sitting room. The mood wall sets the tone of the collection and is there to inspire me as I sit here, smoking and soaking up more coffee than a slops tray at Starbucks.

And judging by what I’ve got up there at the moment, I’m devoid of any ideas and feeling f–k all. I have a couple of old Vogue tears stuck up there from the early sixties with demure looking women in twin sets and tulip skirts. I like the skirts and the wide belts. I’m feeling that waists are back. We’ve had tits and bare tummies for long enough. An elegant waist with a cinch belt is what I’m thinking we might all be feeling next season. I am also feeling that it’s legs, it’s décolleté. Now that we are all loving the Mouret. It’s simple. It’s to the knee. A turn of an ankle. A nice shoe. It’s cleaner, less frou-frou and ra-ra. It’s just a shame that there is nothing up there that says any of that. Instead I have a photo of Audrey Hepburn in Breakfast at Tiffany’s. I have a mocked-up swatch of that huge amount of tartan I’m having specially made in Scotland. I’ve got a bit of lace that I found on the King’s Road. And I have a few grabs of handbags, shoes and boots that I half-heartedly tore out of a 1986 Cosmo I found at my mum’s. Well, it conforms to the twenty-year rule, and I couldn’t believe my luck that she still had one hanging around. I initially thought it was serendipitous. But then I remembered that’s all we used to get down in Exter — very out-of-date Cosmopolitan magazines.

Growing up round there, it was hardly a hotbed of fashion. I always find it strange that most of the industry’s biggest movers and shakers come from very unfashionable, usually provincial beginnings. Katie Grand is from Birmingham, Luella Bartley was born in Stratford upon Avon. Christ, even Roland Mouret was born in Lourdes. Is it something to do with being starved of cool and cred as a child that drives most of us in adulthood?

‘Feeling inspired?’ asks Alexander, leaning on the doorframe. He is dressed head to foot in black except for a bright orange Hermès belt.

‘Not really,’ I reply, slumping forward at my desk and doodling on my silhouette pad.

A ready-drawn collection of naked lovelies printed for me, the silhouette pad is where I design all my clothes. Its pages are full of sketched outlines of the sort of women who wear my clothes. I change them form season to season. This Fall’s is whippet thin, with heels, attitude and an Emma Peel haircut. She is supposed to be inspiring. Sadly, today it is going to take more than line drawings to get me going.

Check out our Q&A with the author of Fashion Babylon, Imogen Edwards-Jones! 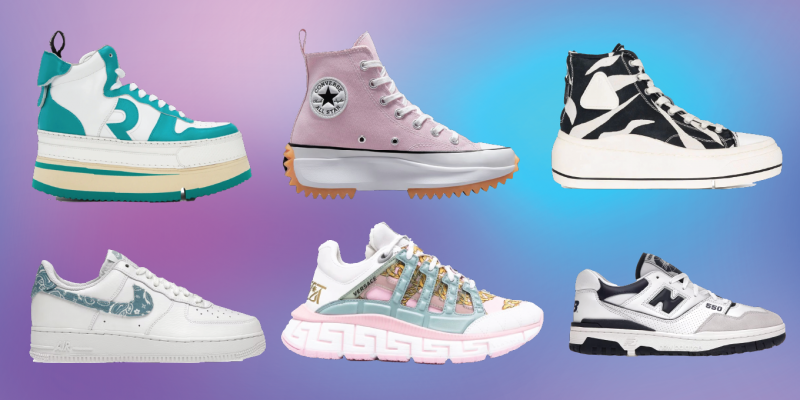 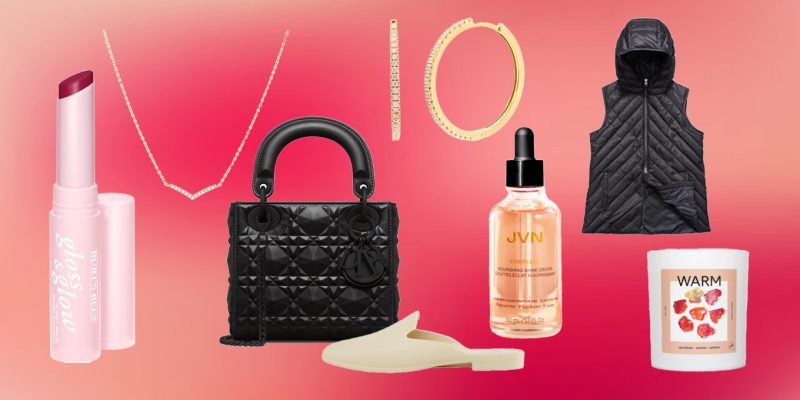 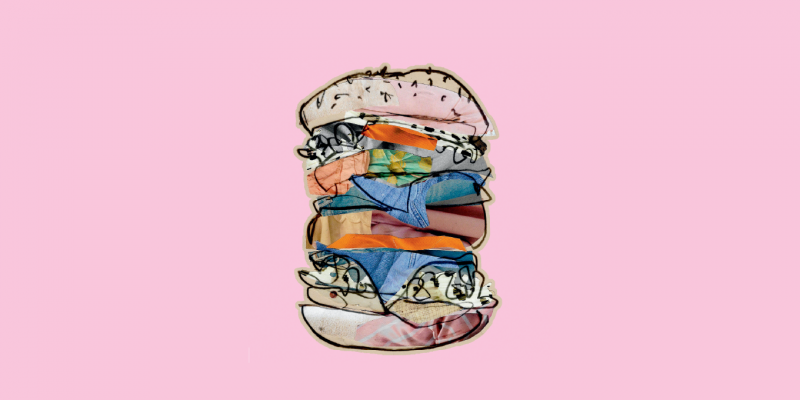 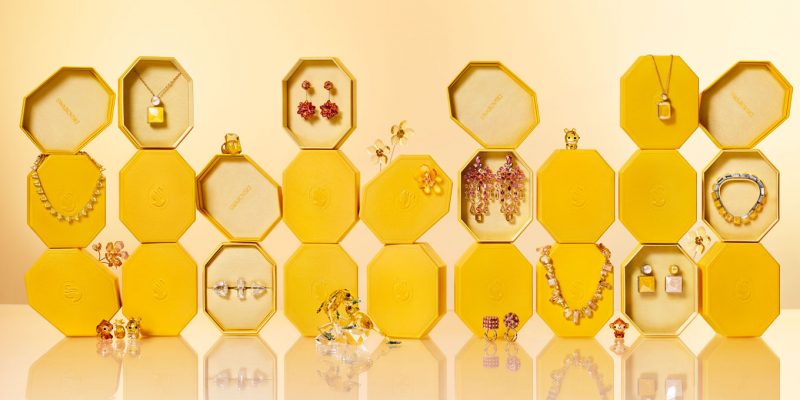