What it's like to walk for Tommy Hilfiger's "Tommyland" extravaganza 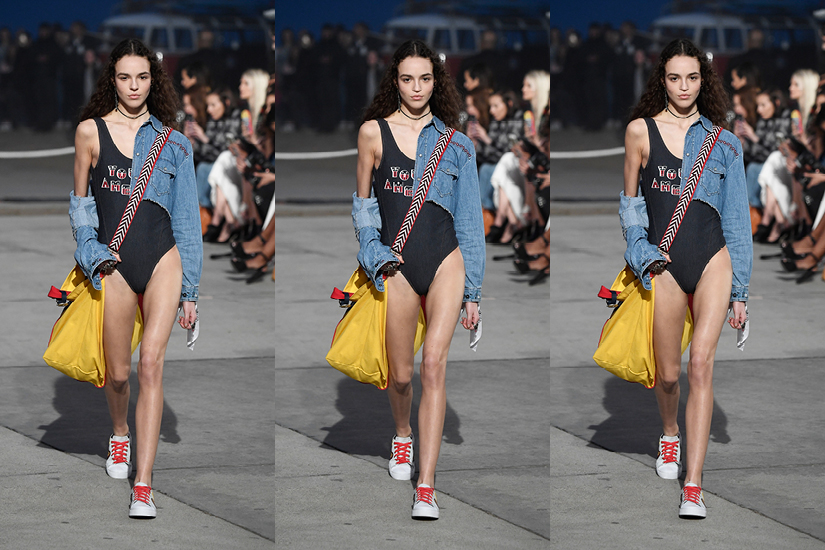 Emm Arruda‘s name might sound familiar thanks to a breakout runway season last season—the 16-year-old walked for brands like Dior, Proenza Schouler and Chanel. Before heading off for her first full runway season this month, the Oakville, Ont. native was flown to L.A. on the branded #TommyAir plane to walk in Tommy Hilfiger’s see-now, buy-now show in Venice Beach. Arruda walked along stars like Gigi and Bella, Joan Smalls and Sara Sampaio. Here’s what she had to say about the experience.

When did you find out you were cast in the show?

“It was three days before we left for L.A. My agent called me in for a fitting and told me the news. I was so excited as I heard about the details.”

What was it like on board the Tommy airplane?

“It was way more fun than a regular plane. They brought in big speakers and played music. We danced and were given Tommy pillows, blanket, hoodies, books etc. It was comfy and the best flight ever!”

Did you get to know some of the other models?

“This trip helped me become a lot closer to some of the other models because it was a cool and fun overnight trip. Kind of like a sleepover! I saw some familiar faces and caught up, and met some celebrities. I was a bit starstruck!”

How did this show compare to others you’ve walked for?

“This was the first show I’ve been flown in and out for, and the first time I was given the clothes I wore on the runway to keep! It was also my first time to L.A. The entire setting was turned into Tommyland which was a huge carnival-like experience with food trucks, music and performers. It was amazing. I’ve never seen anything like it! It was more of an event than a show!”

“Backstage everyone was really excited and having a ton of fun. The music was great and the dancing didn’t stop. Everyone backstage was nice and having a great time but still getting the job done.”

What will the next month look like for you?

“This time will be my first full circuit which will consist of New York, London, Milan and Paris. Last season because of school I was only able to take on New York and Paris. I’ve not yet been to London or Milan so I’m looking forward to it. It’s going to be busy and chaotic but I say, bring it on! I’d like to walk for at least 30 shows this season.”