Gearing up for New York Fashion Week takes on a whole new meaning. 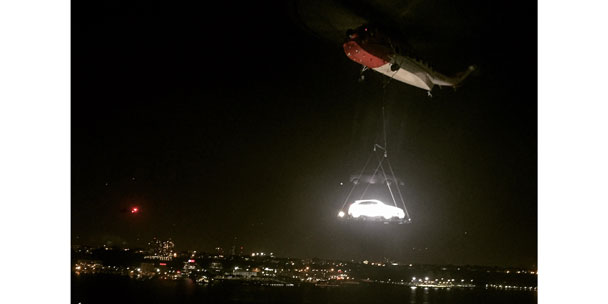 It’s official: The inaugural day of New York Fashion Week is upon us, with editors from all across the globe sharpening their pencils, charging their smartphones and donning the most ambitious footwear options. Despite the upcoming pandemonium that ensures we’re always on our well-heeled toes, New York City couldn’t feel more reliable. If humanity is a work of art, it’s impossible not to call New York Fashion Week the most dazzling of canvases.

As yesterday’s pre-show fanfare turned to night, a fleet of glimmering Cadillacs whisked this season’s fashion flock to Canoe studios, the ultimate creative hot spot for fashion shows, soirées and high-profile headquarters, for New York Fashion Week’s first big reveal. Teaming up with Public School, Cadillac orchestrated a most daring spectacle to introduce the latest model in its luxury offering. The 2017 XT5 is the cool new kid on the block, acting as the cornerstone to Cadillac’s X5 line. And, as cool kids do, it made the entrance of all entrances. Throngs of fashion’s finest pressed themselves against Canoe’s factory windows in awe at the moment of the unveiling, as the luxury crossover appeared suspended hundreds of feet over the Hudson River, whirring blades of the Helicopter, which held it up, mimicking the tick of our hearts.

And, to top off the big reveal, Cadillac also announced it will be heading to Dubai in November with Public School, who will take the car company’s slogan “dare greatly” to new heights by revealing a capsule collection for international audiences.

Now, if that’s what we call NYFW kicking off to a smashing start, we don’t know what is.

READ MORE:
The street style looks that will get you snapped at NYFW
The 6 designers we’re stoked to see at NYFW
What a fashion editor wears to NYFW