A recap of what went down on the first day of New York Fashion Week. 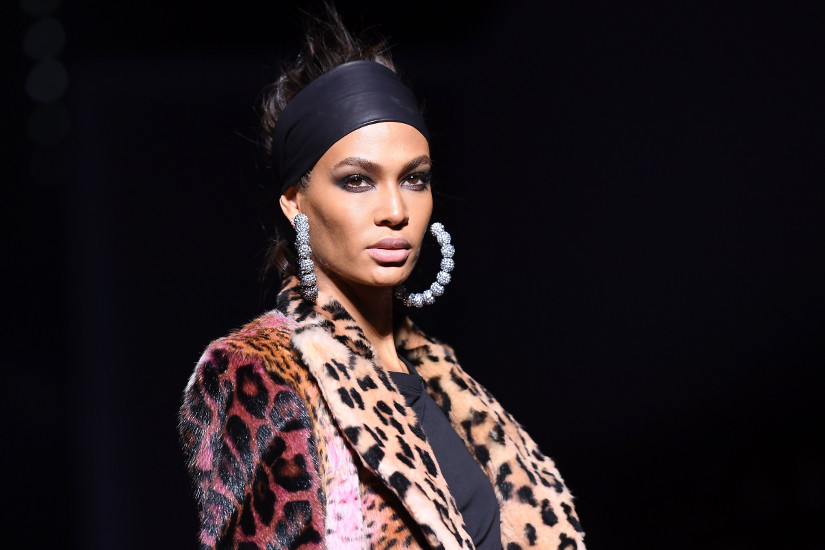 The runway at Ulla Johnson, a 20-year-old brand that’s big on artisanal production methods, looked like an upside down meadow. Strands of delicate champagne-coloured fern leaves were suspended from the ceiling evoking a fairytale made all the more dreamy by the sun setting over the Hudson river outside. Ulla Johnson’s clothes have the power to make even the staunchest minimalists shift towards the boho side. The brand’s signature poetic prairie dresses and whimsical knits were on proud display today, along with wide-wale corduroy trousers with a high waist and a sweeping hem. We spotted a few ’80s elements too, in the exaggerated shoulder ruffles, lamé and pointy leather boots worn with midi hems. The standout looks? An all-fuchsia layer cake of a sweater, scarf, mittens on a string (!) and flowy maxi skirt that somehow worked perfectly together (just as they would apart, we suspect).

Tom Ford’s show offered a break in scenery from Spring Studios. Held at the Park Avenue Armoury, a lofty hangar-like space that takes up an entire city block on the Upper East Side. The venue was washed in soporific purple light. It was, without a doubt, the best attended show of the day, with Ciara, Julianne Moore, Elizabeth Banks and Hailey Baldwin sitting in the front row along with Rosie Huntington-Whiteley, who spent most of the pre-show mingle time chatting with Doutzen Kroes. Meanwhile, Zayn buddied up to Anwar Hadid. The clothes, shown to a happy-making Pointer Sisters soundtrack, looked straight out of a Rodeo Drive shopping montage— lusciously glam  steeped in ’80s nostalgia  Leopard print came in sheer, glittering and acid-hued versions, while sequins made up leggings and suits. Speaking of suiting, the designer is pushing a skinnier silhouette this season, perhaps shifting us away from the relaxed, oversized style that’s dominated of late. Ford’s message? Let’s luxuriate in excess.

Julianne Moore, Ciara and Hailey Baldwin on the lavender carpet at the Tom Ford show. Image by: Getty

Seeing Gigi Hadid open the Jeremy Scott show in a candy-pink wig and silver overalls brought back a very specific memory for me: watching Xenon: Girl of the 21st Century on the Disney Channel as a kid. The film’s futuristic space-station setting made for some comically exaggerated getups, which were not unlike Scott’s thigh-high Moon Boots (slouchy, over-the-knee UGGs, you’ve met your match), plastic-y a-line skirts and metallic leggings. The best pieces from the runway were also the most (surprisingly) wearable. Scott combined a moulded bra with a hoodie, and the result looked like a super structured crop-top with an athleisure twist that’s bound to end up on every Jenner and Hadid before fashion month is over.

At Tom Ford Anwar Hadid and his girlfriend Nicola Peltz were not shy about PDA, the couple was particularly animated when “Jump (For My Love)” started playing.

Spotted Cardi B attended the Jeremy Scott show, she rocked Adam Selman’s “Last Lolita” sunglasses and appeared to be on a very important call right up until the show began.

Is it too soon to say that Beyoncé’s hat moment at the Grammys will have a deep impact on red carpet accessorizing? After walking the lavender carpet before the Tom Ford show, Ciara donned a wide-brimmed black hat.