We chat with the duo behind the Canadian label about why they're bringing the '90s back. 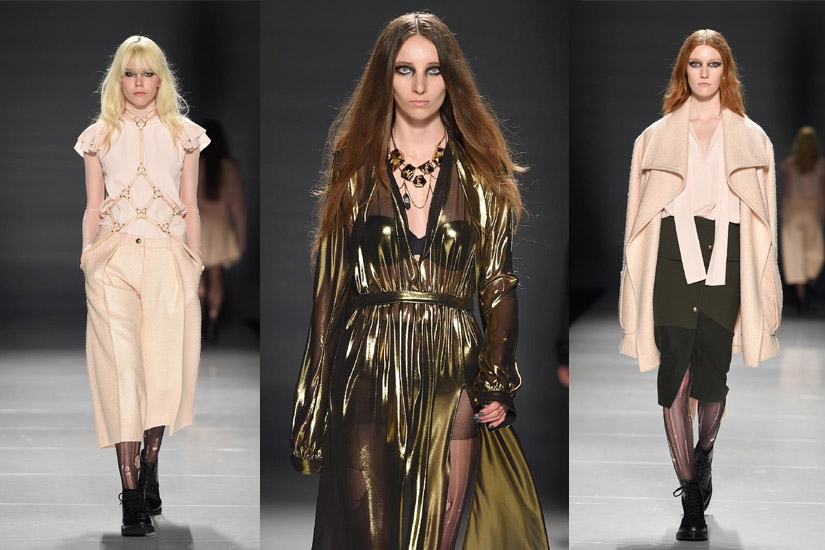 What’s the inspiration and mood for your collection?

Diego: “This season Helder wanted to do romance and I had thought of military inspiration, so we brought something from the two extremes to the table. There’s a lot of hard edge and utilitarian looks from the military side, but then there are a lot of soft blouses from the romance side. We played with colour palettes, from blush and military greens, to leopards and blacks and gold lames. We wanted to widen the palette and the scope of the collection.”

What’s the idea behind the way you put together the looks on the catwalk?

Diego: “We styled the looks for the show as glam grunge. So one of the looks is this really cool fitted sexy dress, but we have one of our blouses tied around the waist, kind of like that throwback to the ‘90s plaid shirt.”

Where can I get the soundtrack? It’s like high school for me all over again!

Diego: “Exactly, we just wanted to throw it back. It’s all nineties female artists, like Portishead and Garbage.”

Helder: “We’re very specific with music. Even the lyrics play a part in the collection. I’m a ‘90s teenager. I grew up with grunge and those bands. So I can really relate to that look. And I think it’s time for it to come back.”

Is there more nostalgia in this collection or is it more about looking forward?

See all the looks from the Helder Diego fall 2016 collection below.