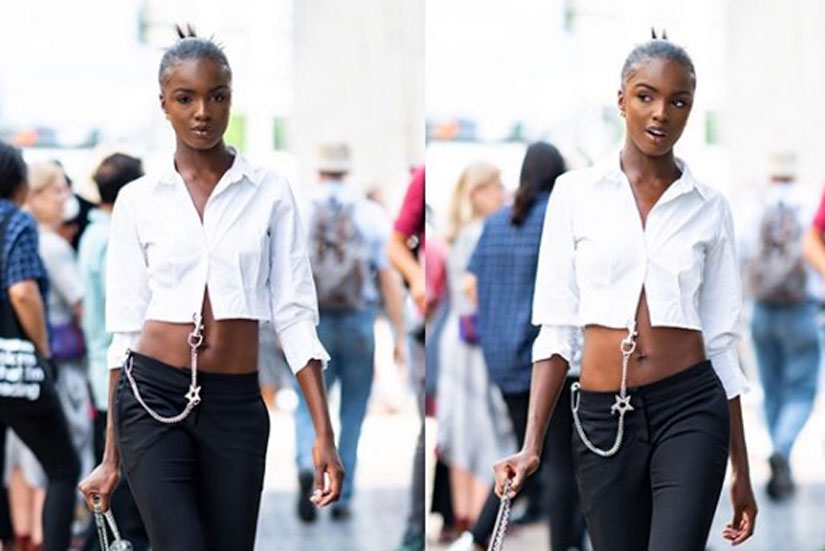 This week, model Leomie Anderson took to Twitter to share her frustration with the disregard for models of colour backstage during fashion weeks. Models, she says, are told to arrive bare-faced despite the lack of foundation shades made available for their skin tones.

Black models stand strong! Come to work with your base already done and don’t allow them to take it off! Just got asked to remove mine by the makeup artist and I just had to tell her straight I’ve given a lot of chances to get it right and it hasn’t happened so no.

This is not an isolated occurrence. Anderson’s tweets have sparked conversations among models of colour who have similar stories to tell:

I made a mistake by going to a shoot and letting the makeup artist do my makeup, no base or anything. She had my makeup melting off, I looked so grey and was upset the entire time…never again

It’s even more ridiculous when they fail to do right by our faces and we end up not getting booked for the job again because the client thinks we’re the problem- meanwhile it’s them. If I don’t look right, I will not photograph right. That’s our coins they’re playing with man

Fellow model and diversity activist Ashley Chew founded the #BlackModelsMatter movement to combat the lack of representation at fashion weeks. As visibility increases on the runway, some fashion houses are neglecting to staff makeup artists who are educated on makeup for women of colour, she says.

“New York Fashion Week and London Fashion Week have failed models of colour so far,” says Chew, who has partnered with green beauty brand Pacifica Beauty to provide over 30 shades of foundation and concealer to models on their way to shows.

“Many times models arrive to sets or shows and their colour is not matched or available. I watched this with my own eyes and decided to do something,” she adds. “I felt maybe having [their shades] on hand would put them at ease.”