Everything to know about Louis Vuitton’s Cruise 2018 show

Nicolas Ghesquière paid tribute to Japan with a stunning show in Kyoto. 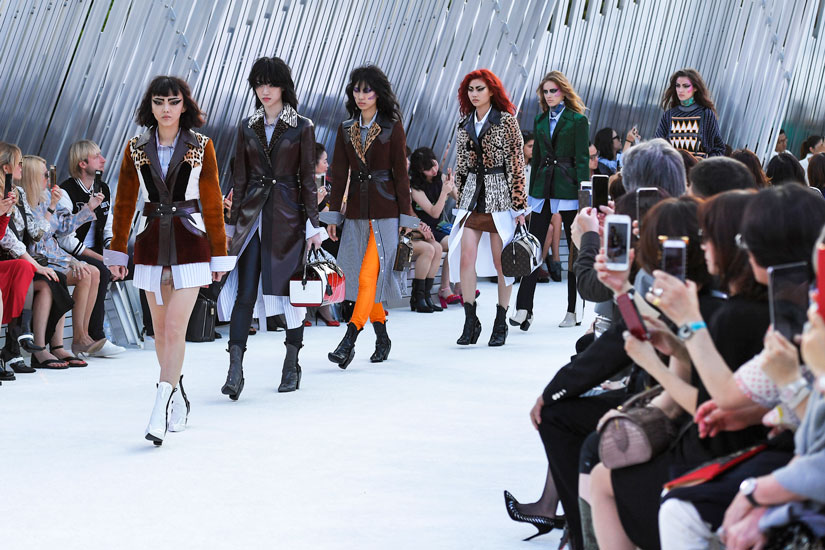 Louis Vuitton’s Cruise 2018 show was a tribute to the Japanese culture, art and landscape, which has long inspired the brand’s creative director, Nicolas Ghesquière.

“Japan is a country I know well,” he explained. “It was one of the first places I travelled to when I was seeking inspiration, some twenty years ago, and I’ve been a regular visitor ever since. This collection is the culmination of what Japan has given to me for a very long time.”

The show was held in the breathtaking Miho Museum, designed by Architect I. M. Pei as a representation of Shangri-La, the mythic heaven on earth thought to be found in a secret Himalayan valley. The stunning space was made up of tunnels and walkways that cut through the mountains, making for the perfect runway.

Ghesquière said, “I visited the Miho Museum a few years ago and was fascinated by I. M. Pei’s concept of the harmony between architecture and nature.”

The collection was inspired by a fusion of urban and natural elements that Japan has mastered, and it also pays tribute to designer Kansaï Yamamoto. Yamamoto is known for paving the way for an entire generation of Japanese designers, and he also designed most of David Bowie’s costumes. For this show, he created icons, symbols, and characters for the bags and accessories.

Jersey and leather sweaters were reminiscent of the armour of Japanese warriors, and handbags and clutches were decorated with traditional masks.

There were no shortage of celebrities front row, with appearances from Louis Vuitton regulars like Michelle Williams, Jennifer Connelly and Sophie Turner.