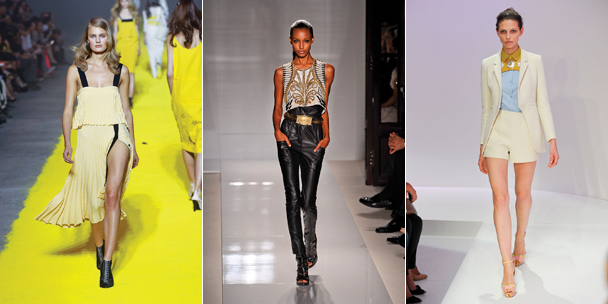 With all the fashion chatter about the future of Christian Dior, one can be forgiven for overlooking the select creative heads taking over at other Parisian design houses. From fresh faces to industry vets, a rash of talented new and, let’s face it, previously unknown names are setting a bold new era for fashion design. Here, then, are the six fashion designers destined to be your future faves.

1. Olivier Rousteing for Balmain
The word prodigy is too often thrown around in pop culture but is entirely fitting for this 26-year-old Frenchman. Cutting his teeth at Roberto Cavalli, Rousteing put in two and a half years working as an assistant the high-flying Paris house’ previous designer, Christophe Decarnin, just as Balmain burst to recognition in Paris with its super-luxe rocker-girl aesthetic. Rousteing took the creative helm last March when Decarnin was absent from its runway show and news emerged that the designer had suffered a mental breakdown. Behind-the-seams drama aside, the transition has been quite seamless as Rousteing continued to carry the torch for his predecessor’s trusted signatures – sharp-shoulder jackets, skinny mini dresses and tight leather jeans – for his debut Spring 2012 collection, albeit with a more elegant and sophisticated twist. With a wildly talented new designer, the launch of a new diffusion line this season, and plans to open a string of new boutiques, Balmain is set to have a bright new future.

2. Bill Gaytten for John Galliano
John Galliano’s career may be in shambles but the future of his right hand man is looking bright. Following Galliano’s unceremonious exit from his eponymous label, Bill Gaytten, the 51-year-old designer who worked with Galliano for 23 years, quickly replaced the disgraced couturier. Since being installed in April, the British-born designer has been overseeing both men’s and women’s collections from conception to catwalk, as well as leading the design team as head of studio for Christian Dior, giving him the distinction of being the only designer to have taken two bows during Spring 2012’s Paris Fashion Week. While his debut couture collection for Dior was universally panned, fashion watchers believe that Gaytten is the man to map out a future direction for the brand that is distinct from Galliano’s theatrical bent.

3. Clare Waight Keller for Chloé
Gaby Aghion originally founded Chloé so it’s only fitting that the Paris-based house has selected a woman as its designer. That Waight Keller is the just latest in a string of young British women at the creative helm is no matter, bringing with her a pedigree that stretches back to working under Tom Ford at Gucci as well as time spent at Ralph Lauren and Calvin Klein. But it is clearly her knitwear know-how honed at an 11-season stint at Pringle that made her an appealing choice to succeed Hannah MacGibbon, as the category accounts for roughly half of the brand’s ready to wear business. Only time will tell whether she can return the buzz Chloé enjoyed during her former Central Saint Martins classmate Phoebe Philo’s heyday but with a colourful Spring 2012 collection that worked to punctuate its feminine codes, it appears she’s steering it in the right direction.

4. Humberto Leon and Carol Lim for Kenzo
How’s this for surprises: Leon and Lim are actually not designers at all, but rather, the retailers behind American specialty store Opening Ceremony. It may sound like an experimental choice but it’s definitely in keeping with the spontaneous spirit of founder Kenzo Takada, 72, who staged his first catwalk shows in the Seventies in a shopping gallery. Recruited to revitalize and reposition the brand in the burgeoning contemporary zone, the dynamo duo made their Paris debut in October with high-end special occasion looks styled along side more moderately priced outfits for everyday. It’s an accessible collection that captures the democratic history of the brand. And, with Leon and Lim working on everything from redesigning the brand’s Web site to developing a new retail concept, this could just be the new model of the millennium.

5. Guillaume Henry for Carven
With Guillaume Henry at the helm since 2009, the onetime couture house Carven has seen an insta-revival. The proof? Style savant Alexa Chung declared it the brand she’d choose to wear head to toe. Bringing a youthful take on Parisian chic – think Peter Pan-collar dresses, pleated mini skirts and preppy blazers – the baby-faced Givenchy alum has certainly made 2011 a busy year with the launch of a debut boutique, a new menswear collection and talk of a fragrance in the works. Henry is, undoubtedly, just getting started but so far we’re saying merci beaucoup.

6. Nicole Crichton for Sonia Rykiel
A Scottish-born designer may sound like an unexpected choice for such a distinctly French fashion house but Crichton has managed to find her footing. The Central St. Martins alum took the reigns from Gabrielle Greiss who departed in 2009 after less than 18 months at the helm. Having worked alongside the flame-haired founder for most of her career, and already established the brand’s Sonia by Sonia Rykiel diffusion line, the transition for the newly installed creative director has been seamless. Spring 2012 marked Crichton’s debut collection but judging from all the vibrant yellow drop-waisted skirts and layered Deauville-inspired leotards, the Rykiel legacy is in very capable hands. 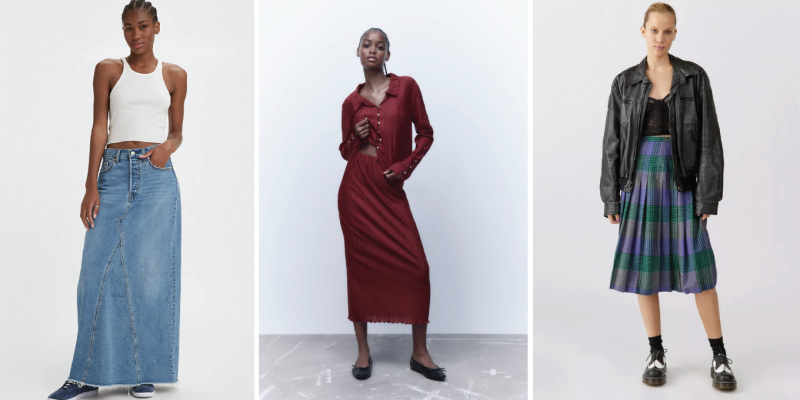