DSquared2: The twins behind the label

Canadians Dean and Dan Caten of DSquared2 have taken the fashion world by storm. 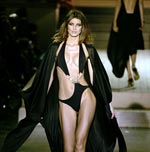 If you witnessed Madonna in her rodeo-girl phase a few years ago, you’ll know their clothes. Like those dirty, low-riding jeans she’s wearing as she strides down the highway in the Don’t Tell Me video. Or the rhinestone-studded leather chaps she bounced around in on the mechanical bull in her Drowned World tour. The Madonna coup is one part of DSquared2’s growth in fame, which has been, as their name would suggest, exponential. The thing that makes DSquared2 story so irresistible is the little twist that marketing mandarins and PR pros dream of: a set of fun-loving Canadian identical twins called Dean and Dan Caten who move to Milan and conquer our fashion-hungry hearts.

“Honey!” purrs Dean, as they enter the room. The twins do not break into song this time as they are wont to do, buy they talk in layers, overlapping and intercepting each other’s conversation. “We learned a lot from Madonna because she’s really attentive to everything. We did these chaps with loads of diamonds and fringing for her and she said, “They’re gorgeous, but I have to dance. See, I can lift my leg this far up with these on but I need to get it up this high, so I prefer the less-beautiful ones.” For Aguilera, (DSquared2 created the costumes for the Christina Aguilera and Justin Timberlake’s joint tour) they designed a plunging black halter top and a pair of leather pants that have a fluorescent sunburst at the crotch that accentuates and hides all the right things. “She has small shoulders and a bit of a butt back then, “ they confide, “so she kind of had to focus on other things.”

A few years ago, DSquared2 designed Spice Girl Mel B’s wedding dress, and they always have few things on the go with Lenny Kravitz. The boys unwound a bit before starting to work on the clothes for Aguilera and Timberlake (they attended a few parties in Cannes, then whipped down to St. Tropez for Naomi Campbell’s birthday party.) Something decadent and gossip-worthy is always happening at a DSquared2 bash: British fashion editor Isabella Blow jumped into a pool fully clothed and hated at their last party at the Hotel Principe di Savoia in Milan.The tandem legend of Dean and Dan began in Willowdale, Ont. Born at the tail end of a family of five sisters and two brothers, the twins were the self-confessed “strange ones in the family.”

Together, they left home when they were 14, moved to Toronto, and then enrolled in a high school in Arizona for their last year. Fashion was already their exit strategy. They did a stint at the Parsons School of Design in New York before hooking up with the president of Ports International, who was the father of a friend at school. The Catens worked there for six years through the ‘80s, subtly rejuvenating the sportswear line with judicious redesigns of collars and lapels. “Then the company was sold,” says Dan, “and that was our cue.” In 1991, the twins decided they were Milan-bound; the Gulf War was in full swing.

“We decided on Italy because New York was too close,” says Dean. “We’d seen a lot of people move to New York only to move back two years later when things didn’t work out. We didn’t want an easy way out. It would have been more embarrassing for us to come home from Italy, so that’s where we went. We spent three years in Milan doing bullshit work. We didn’t even speak the language. Eventually, we saved some money. We realized there was nothing in menswear that we wanted, so that’s where we started. For the first collection, we paid for our own patterns and samples and we sold them ourselves. The factory just had to make the clothes. Nobody would take a chance on us, but we sold the collection; next season we got a loan from our friends.”The Catens produced two collections of their own in Toronto while they were working for Ports International, and nobody who’d seen their last show would have been surprised that the twins decided to pull up stakes and move to Milan. The boys went all out, papering the town in posters and hiring a girl to dance on a mailbox in front of the Citytv station and hand out flyers.

“We were 20 years old,” says Dean. “and I ask myself how the hell did we do those shows? We charged people to come to them-30 bucks apiece. We had our own little thing in Toronto; that’s why I think we decided to move. A lot of people get trapped in their boundaries. We wanted to do fashion on another scale.” Dan takes over, describing with great relish the Bond-inspired extravaganza they staged in a King Street warehouse. “We opened with the sound of breaking glass and a helicopter landing. A girl in a cat suit carrying a machine gun dropped through an opening in the ceiling and was lowered on a rope. She went down the runway and shot down a curtain. There were tons of sparks, we had hired a special-effects guy. We ended with scaffolding filled with models wearing cat suits.”

That balls-out, tongue-in-cheekiness is the kind of attitude that DSquared2 clothing projects, the touch of acidity that cuts the richness of the label’s glamour and tailoring. The Levi’s-like label on their delectably aged jeans reads “Mud flinging ass kickin’ DSquared2 Jeans for the f*&$#r in all of us. Since 1995,” Even though the Catens are hesitant to become too identified with their jeans, the DSquared2 jean is, in fact, key to the label’s philosophy. “The thing with denim is that it brings things down; it relaxes things,” says Dan. “Putting a jean jacket on top of an evening dress is an important thing to us because it dresses down the look.”

Understandably, they lavish plenty of attention on their denim, a lot of it only evident up close. Their jackets are a sort of couture masterpiece of hand-stitching and washing and treating for that coveted vintage look before the shearling is added to the collar and the whole thing reassembled in the factory. “It’s a headache,” they grin. Or take a pair of cropped trousers. Instead of a zip fly, they’ve substituted gold hook fasteners, lined the waist and hem in comfy corduroy and put in industrial zips on the legs. In the back are slit pockets outlined in chocolate leather piping.

“When we opened five years ago,” says retailer Jeffrey Kalinsky of Jeffery’s New York, “I could not believe that no other store in Manhattan was carrying DSquared2’s men’s line. It boggles the mind. It was so exceptional. For the women’s line, we were one of the first big stores in this country to carry it. When I saw the fall collection, I felt it was something really big; I haven’t had that feeling in many times in my life. It says ‘I’m young, I’m sexy and I’m here’ with a roar.”

The Catens will soon be allowing themselves a roar or two now that things seem to be going their way. They have a formidable partner in Diesel Group’s Renzo Rosso, having signed a 10-year production and distribution deal with Staff International, a branch of Diesel that also produces and distributes Martin Margiela and DieselStyleLab. But even without that support, the Catens would be just as game. Because the identical-twin thing is not just a fantastic public-relations asset; it’s also what has made DSquared2 possible even when nobody knew about them. “We’re two and that’s a huge help,” says Dean. “You’re not out there by yourself so you don’t feel that aloneness. We’re strong together. Twins are pretty competitive. We’re used to being told ‘You can’t do that,’ and we hate that. I mean, you can only fail.” 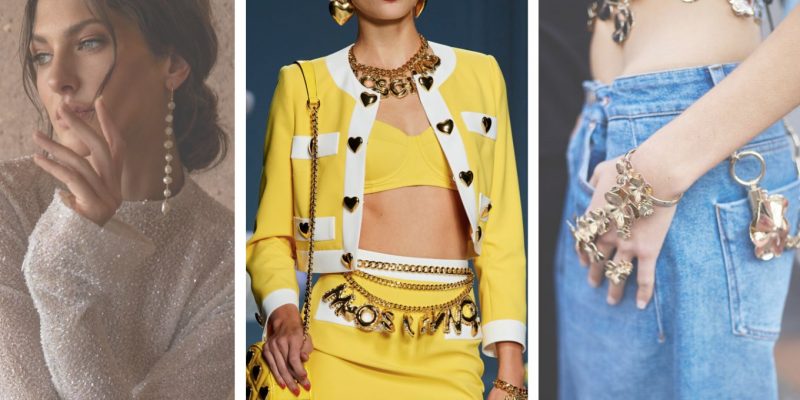