We interview iconic designer Giles Deacon and get the scoop on his fashion inspiration and love of design. 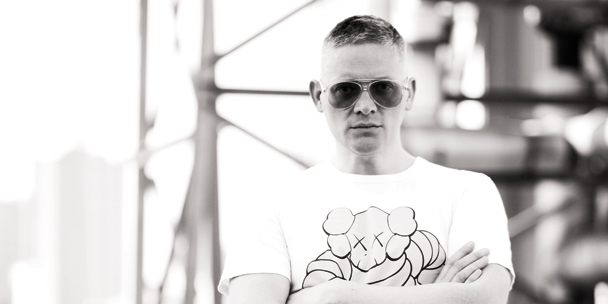 The Spring/Summer 2012 Giles Deacon show was one of the most-talked-about events of the season—more so, by a long shot, than the news that its designer, Giles Deacon, had parted ways with troubled
Italian label Ungaro. And deservedly so.

Massive swan
headpieces by Stephen Jones, ostrich-plume-adorned gowns, laser-cut leather, silver fringe, blown-up swan prints on shiny satin…the collection had it all. Affable, cheeky and highly energetic (if his resumé and talking speed are anything to go by), the 43-year-old British designer worked at Jean-Charles de Castelbajac, Bottega Veneta, Louis Vuitton and Gucci before launching his eponymous collection at London Fashion Week in February 2004.

Styled by ex-girlfriend Katie Grand, Deacon’s debut collection was snapped up, featured in every publication that matters and earned him the Best New Designer title at the British Fashion Awards that year.

Since then, Deacon has been crowned British Designer of the Year (in 2006) and built a fan base including Drew Barrymore, Thandie Newton, Scarlett Johansson and Glee star Dianna Agron, who wore a crimson number from the spring collection to the 2012 Golden Globes.

He’s loathe to define his customer, though. “We dress a crosssection of 20- to 70-year-olds,” he explains, “and the thing that ties them all together is that they’re interested in a certain type of quality and design—it’s not just about a trend.” The Giles woman is one who also appreciates irreverent references and quirk— who doesn’t take herself too seriously. This is, after all, the designer who put googly eyes on gowns and 5’11” models in red feathered headpieces.

Your Spring/Summer 2012 collection was heavily inspired by swans. Where did this come from? “We had done a couple of costumes for the English National Ballet
’s production of
Black Swan; we really enjoyed the research for that and felt there was a lot left to go in it all. We left the black swan where it was and went into the broader world of the swan.”

You cited Cecil Beaton’s photographs of society swans and Andy Warhol’s Silver Clouds installation as inspirations for your spring show. Are you always influenced by such varied sources? “I have an art-school background, not a fashion background where it’s like ‘Oh, we’re going on holiday to Miami.’ The references are not obtuse in that way; the references are music, art, dance, art history, contemporary art. They go in tandem with my clothing and construction techniques. It’s an ongoing story rather than just a single theme for the season.”

Where do you go for inspiration? “I go to contemporary galleries all around the world when I can. There’s always something historical and something contemporary; those are my rock references.”
Who is the one woman you would love to dress? “I’d really love to dress Lauren Bacall. She’s incredibly interesting—a gorgeous, stylish woman with a strong personality. I think she’s a great embodiment of the clothes.”

You’ve collaborated with Mulberry, British fast-fashion retailer New Look, Happy Socks and Nine West. Any others we can look forward to? “We’re continuing to work with New Look and have introduced a beauty line there. I do believe in the democracy of design: It’s a way of getting to an audience who wouldn’t necessarily know of you—and even if they’ve got the money, they might not want to spend $3,000 on a dress. It’s important to offer well-thought-out pieces at lower prices.”

This year marks your eighth year designing under your own name, yet you’ve done so much. Has it flown by? “In one sense it feels like eight days and in another sense, 800 years. I’m lucky to be able to do the job that I do—to have an idea in the morning and, kind of, to see it made in the afternoon.”