A peek inside Chanel’s iconic It bag. We deconstruct the 2.55. 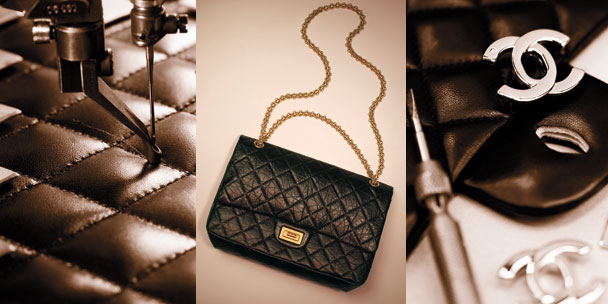 Just before quitting time at her Paris atelier, Coco Chanel would stroll around the room, inspecting the 2.55 handbags that had been made that day. She was checking for the hallmarks of superb craftsmanship— precision stitching, the exact alignment of the double C—but also for less tangible qualities. Her allfemale staff watched in silence, their nails perfectly manicured, hands free of cream or gloves—Chanel insisted that they needed to feel the bag in order to properly create it. Every once in a while, she would pause, frowning as she held up a seemingly flawless bag. “This has been made by a woman who is not happy,” she would declare and then toss it into the reject bin. A personality like Chanel’s inspires legends. The juicier bits get most of the ink—the doomed romance with Boy Capel, the aphorisms now immortalized in Bartlett’s Familiar Quotations (“Fashion fades, only style remains the same”)—but, more than anything, it was that commitment to perfection that has secured her top spot in the fashion canon. Put simply, the work endures: the jacket, the camellia, the LBD (which was dubbed “the Ford of Chanel” by Vogue). Then there’s the 2.55, the most coveted of all Chanel bags, which has entered the pantheon of the world’s most iconic pieces.

In fashion, beauty plus history often equals an investment piece. It’s an equation that keeps gaining momentum as the economy remains slack and eco concerns grow about the effects of fast fashion’s “love ’em and leave ’em” attitude. “Iconic pieces like the 2.55 are collectibles passed down from generation to generation,” explains Barbara Atkin, vicepresident of fashion direction at Holt Renfrew. “The Chanel 2.55 holds the history, the longevity of a true icon and the relevance of modern design that certain bags of the moment just can’t compete with.”

Even on the surface, the 2.55’s appeal is obvious. Between six and 15 people work on each bag, using only the softest skin from the belly of the lamb. The result is an indisputable couture piece.

More about Chanel’s secrets on the next page…

But the bag also has its secrets. Its name is a reference to February 1955, the date of its first sartorial splash. The seven pockets— themselves a revolution in practical design— include an inner one that Chanel intended to be solely for love letters. The gentle curve of the outer back pocket was inspired by the
Mona Lisa, Chanel’s favourite painting.

Other inspirations came from her own life. The puffy jackets worn by the horse breeders at her boyfriend’s stables led to the bag’s signature quilting. Ropes anchoring a yacht inspired the chains threaded with leather. (The chains also had a sensible function—they freed women’s hands.)

The lining of the bag is the same shade of chestnut favoured by the wealthier girls in the convent where Chanel spent her girlhood. That formative era also inspired her most recognizable aesthetic flourish: The Cs date back to a pattern in a cathedral’s stained-glass windows.

Over the years, the 2.55 has been interpreted in dozens of different colours, sizes and materials. (The Cs didn’t show up until the ’80s, when Karl Lagerfeld designed a version on which they replaced the traditional Mademoiselle enclosure.) Then, in 2005, Lagerfeld went back to basics. The Reissue 2.55, released in honour of the bag’s 50th anniversary, is identical to the design first created in Chanel’s atelier. The fact that the original 2.55 had always been available didn’t stop the Reissue 2.55 from becoming a smash hit. With Lagerfeld’s modern stamp of approval, it sparked blog worship, eBay battles and the devotion of a new generation of shoppers. Its success is a stylish counterpoint to another of Chanel’s famous maxims: “In order to be irreplaceable, one must always be different.”


A tour through the Chanel factory on the next page…

About an hour and a half outside Paris, amid farm fields and meadows, my driver turns off the main road into an unmarked driveway and pulls up in front of a building, also unsigned. It’s a low-slung cubist structure faced in square black glass panels whose resemblance to the quilted pattern of its most famous bag is the only hint that we’ve arrived at the Chanel handbag factory.

As I enter its spacious, modern lobby, I’m informed that this facility, which opened in 1990, is in constant contact with the design studio in Paris via phone, fax and cars carrying top-secret sketches, leather and fabric swatches and handbag prototypes back and forth several times a day during the precollection rush. Today, they’re making the classic and the 2.55, essentially identical quilted and chained flap bags—the former bearing the famous double-C closure and the latter the square Mademoiselle clasp and chain.

My tour begins in the climate-controlled, hangar-like room where the skins are inspected and matched for grain and colour. Along with supple lambskin (for the outside of the bag) and sheepskin (for the inside), I identify whole alligator “pelts” and slightly alarming two-metre-long python skins. Passing through the zone where high-tech automated bins and machines sort, store and wear-test literally tons of “jewellery” (that is, the bags’ chains, clasps and grommets), I get to the studio where the leather is cut into the principal pattern pieces and the bag begins to come to life. Tracking it through the ensuing workrooms confirms that giving birth to a Chanel bag is an exceedingly labour-intensive process with some 180 distinct steps.

I look over the shoulder of one worker as she expertly shaves the periphery of a lambskin rectangle with a mandolin-like slicer, creating a superpliable, paper-thin edge that will ensure crease-free seams. Learning that the bag is basically made inside out, I watch another gloved expert carefully “turn out” a bag and then firmly yet delicately trace all its interior seams with a sort of ivory plastic letter opener to arrive at the prescribed softened iconic shoebox shape.

Still another works next to a rack of what look like leather tacos. In fact, her task is to reinforce and then precisely mould the gorge, or throat, where the flap curves into the body of the bag. Start to finish, it seems that so many things could go wrong, but the women (plus a few men) at each workstation seem remarkably calm and confident, if intensely focused. I find it all a little nerve-racking, not to mention frustrating, when we reach the final atelier and it is filled with dozens and dozens of freshly minted Chanel bags—none, alas, for sale. 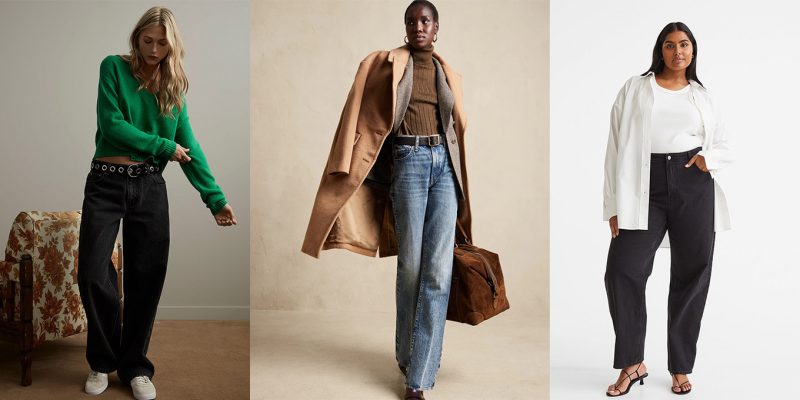