What Will Priyanka Chopra's Wedding Dress Be?

What will Priyanka's wedding dress look like? Here are our best bets for the big day. 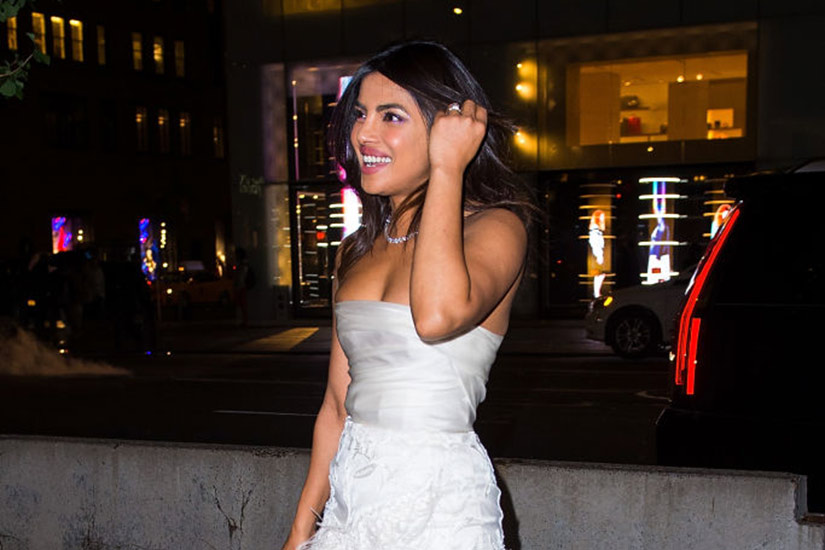 As Priyanka Chopra and Nick Jonas get ready to walk down the aisle, details of their impending nuptials are already making the rounds. One thing that’s still a secret? The dress (or more likely, dresses) that the actress will choose for the occasion. Since the wedding will celebrate both cultures of the couple, we’re expecting to see some stunning Indian and American bridal looks. Although the wedding date is still TBD, we’ve rounded up a few designers who could be outfitting the big day.

There’s a strong case to be made for Ralph Lauren as the designer has a special place in the couple’s relationship. It was at last year’s event where the world got its first glimpse of Priyanka and Nick together, both wearing Ralph Lauren of course.

For the wedding of Meghan Markle and Prince Harry back in May, Priyanka wore a chic lavender jacket and skirt suit combination designed by Vivienne Westwood. Could we see a repeat of this designer for her own wedding this time?

Perhaps a hint of what’s to come, Priyanka wore a white strapless feathered Marchesa dress for the ultimate bridal shower at Tiffany & Co. One of Marchesa’s romantic pieces could be a contender.

Priyanka changed into a sparkly, nude Dior dress for the royal wedding reception. The house is a popular choice for celebs — Chiara Ferragni wore three custom couture gowns for her wedding.

Priyanka wore a shimmery vintage Giorgio Armani dress to a recent Tiffany & Co. event which paired well with her engagement ring, also from the jeweler.

An epic bachelorette weekend calls for multiple wardrobe changes. For a night out, Priyanka chose a long sleeved beaded cocktail dress complete with feather detailing and a feather duster for a sassy party-ready look. The designer’s bridal collection is just as fun and statement-making.

Indian-American designer Naeem Khan, known for his ornate bridal looks, has dressed everyone from Michelle Obama to Kate Middleton to Beyoncé.

Priyanka wore a flower-embroidered suit from the designer’s couture collection to a Unicef event last December. Named to the Business of Fashion 500 this year, he’s become known for championing sustainability and the preservation of India’s traditional production techniques.

An enlightening discussion with Dr. Yasmin Ali Haque, Representative, UNICEF India, and Avantika and Simran, two amazing and bright adolescent girls who have been doing some amazing things. Simran fought for her right to an education amidst much adversity from her family. This spirited child ensured that she continued her education. We discussed giving voices, platforms and equal opportunities to all adolescents. To give them a chance to express what they want to do and to demand their basic rights like education. I left the conversation further encouraged and determined to continue the work that we are doing with @unicefindia! #ForEveryChild #EndChildMarriage And I would like to specially mention our partners in the media, who were such an engaging audience. I am sure they will highlight these issues meaningfully. It's no secret that Zoë Kravitz has incredible style—here are 13 of Kravitz's best looks from her red carpet debut to the present day.