The One Colour Kate Middleton And Meghan Markle Will Never Wear, Apparently 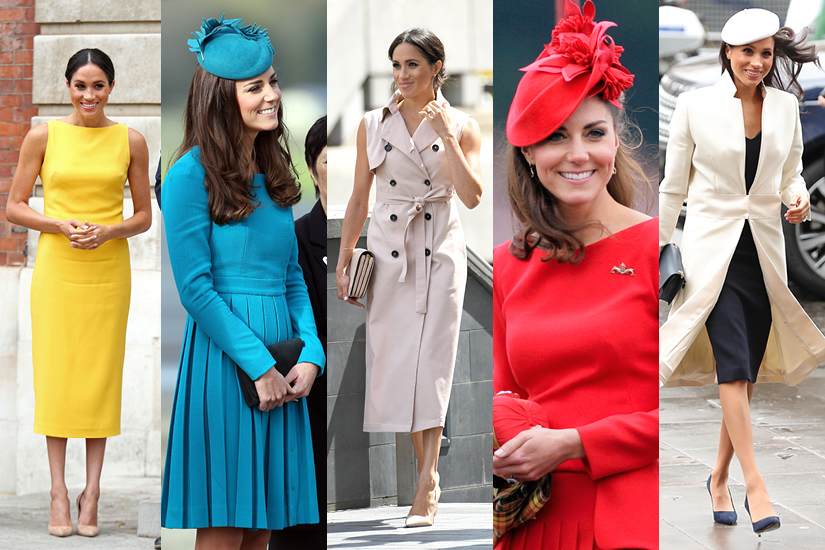 With all these rules and regulations behind dressing as a royal, it’s a wonder Kate Middletonand Meghan Markle can keep up.

But apparently, there’s one style secret this pair share that has nothing to do with the Palace rules, and more to do with being a ‘celebrity’.

We know that Meghan loves dressing in neutral tones but, on occasion, she hasn’t shied away from a dab of colour, either. And Kate? Well, her wardrobe is full of colour-blocking looks from red to pink, blue and green.

Meghan Markle in a Brandon Maxwell dress earlier this summer.  Image by: Getty

But have you noticed that there’s one colour neither of the Duchesses have ever worn, and probably never will? (In public, anyway).

Harpers Bazaar Australia uncovered the fact that neither Kate nor Meghan have been spotted out and about in orange. And no, it’s not royal protocol to avoid tangerine impersonations. According to The Express, however, it is a colour that doesn’t really photograph well, so tends to be avoided by celebs in general.

While Kate and Megs may want to shy away from orange, if there’s one thing our Queeny never fears, it’s a little bit of colour. In fact, here she is on Christmas Day wearing the exact colour that apparently doesn’t look good in photos.