Get in line, Madonna: The most stylish celebrity music video cameos of all time

Wait, was that Alexander Wang? 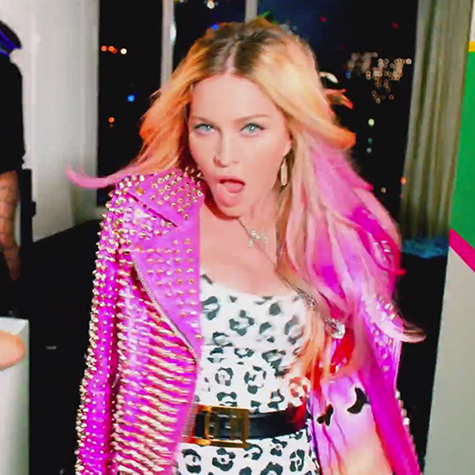 Early this morning, the fashion team gathered round and watched in squinty-eyed fascination as Madonna rocked, rolled and werked (yes, with an e) her way through pulsating, electronic beats. The first thing we noted was her fierce pink jacket, which we loved. Then, bewildered in amazement, Alexander Wang danced into frame. “Wait,” said an editor, “was that…”

In honour of Madge and her amazing style squad, here are our all-time favourite celebrity music video cameos:

Featuring cameos by Katy Perry, Alexander Wang, Miley Cyrus and Kanye West, this video is a sartorial safari for the senses in a total techno-rave kind of way. Madonna, objectively, still has it going on.

This 2010 video confirmed Gaga’s status as fashion royalty, mixing danger with unexpected and surreal silhouettes. A prison jumpsuit suddenly transformed into an exaggerated wide-shouldered frock, while sunglasses were made of cigarettes. Not to mention Beyoncé and her stylish ode to Superwoman. Because, we mean, isn’t she one?

This trailblazing video, which is jam-packed with supermodels, was equal parts cinematic, timeless and iconic for fashion fans everywhere. The film glorified minimalistic grunge yet still managed to portray Calvin Klein classicism. And that lighting? Ugh.

The most stylish girl squad of all, right? This video managed to incorporate the most pleather and latex we’ve ever seen but did it in a way that makes us kind of want to wear some. Well, maybe just the gloves. And Lily Aldrige’s white fur jacket.

Starring two majorly iconic stars of the time (and a lot of cats), this video has us swooning over the OTT gold everything. Also, can we have Iman’s bejewelled necklace? Yes? Great.

Just fast forward to the scene where Angie struts down a crowded street in nothing but a floor-length duster and gorgeous silk bodysuit. Two words: #Spirit #Animal.

Watching this, we’re kind of inspired to show up to work tomorrow in Bruce’s entire outfit. What goes around comes back around, and that time has come, friends. Not to mention, Court and Bruce are practically #twinning.

READ MORE:
Is Lindsay Lohan the next Victoria Beckham?
We’re calling it: Taylor Swift is owning the summer
7 celebrities who are seriously upping their #girlboss game