Canadian artists fill us in on their star-struck moments at the 39th JUNO awards in St. John's. 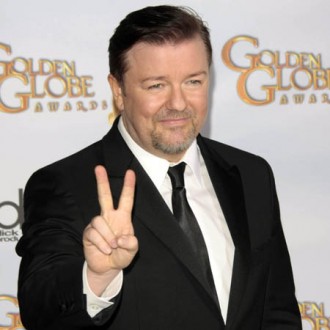 The handing out of the 39 JUNO Awards this year in St. John’s, Newfoundland and Labrador, took place over two nights, all but seven of them at the Saturday evening gala dinner. Some of the artists had only just arrived after plane delays due to fog and some never arrived at all. Backstage, after their wins, Elle Canada asked the ones that did make it two questions: “What touristy things have you done since you’ve been on The Rock?” and “Met anyone interesting since you’ve been here?”

BILLY TALENT — WINNER OF ROCK ALBUM OF THE YEAR (Billy Talent III)
Frontman Ben Kowalewicz:“I met K’naan at the airport. He was stranded with us as well. I ended up talking to him. He was a super, super nice guy. We chatted for like an hour. He’s been my MVP so far.”

Bassist Jon Gallant: “I met [hockey player] Gary Roberts [at the Juno Cup – musicians vs. ex NHLers]. He’s a really nice guy. I kind of cornered him and started really punishing him with questions, on everything, all the inside information, like ‘What was it like when you were playing with [Doug] Gilmour and [Wendel] Clark?’ And ‘Do you believe these stories?’ After a while, I think he got little annoyed.”

Guitarist Ian D’Sa: “I went to O’Reilly’s and listened to Celtic music, but that was about it.”

Kowalewicz: “I drank Black Horse which is my favourite beer out here. We’ve all been Screeched in before.”

ARKELLS — WINNER OF NEW GROUP OF THE YEAR
Singer-guitarist Max Kerman: “The MP, Tony Clement. He was actually at the signing at the shopping mall today. He came to Fan Fare. The weirdest thing was he made a point of saying he liked the show last night and the whole time I was going, ‘Is that Tony Clement?’ I think it is and he’s saying he saw us last night? — that’s nuts. It was cool.”

METRIC — WINNER OF ALTERNATIVE ALBUM OF THE YEAR (Fantasies) and GROUP OF THE YEAR
Guitarist James Shaw: “If room service is touristy, then yes.”

Singer-keyboardist Emily Haines: “If you saw my schedule, you’d understand why I’m not putting on my Parka and going out to Signal Hill to check it out.”

Shaw: “I would love to go, but we never get time to do that stuff. It would be nice but touring is always in, out, room service.”

More with the winners on the next page …

“I met Michael [Buble] last night on the plane. He was nice. We passed each other going to the toilet. It was actually quite funny. I’m looking forward to meeting this wee Justin Bieber guy ‘cause my sons just think he’s the cat’s meow. My oldest is eight.” (No word on if he did, but it seemed every parent was on a mission for their kids).

“Gary Roberts. All I ever wanted to be was a hockey player and some guy’s mistake [car accident] changed the course of my life and the next thing you know 20 years later I’m up here [accepting a Juno Award] and I’ve got Gay Roberts intercepting one of my passes [on the ice at the Juno Cup]. We spoke. We had some beers together. We took some shots together. “

“Residing in Port Cove has allowed me to traverse through Torbay and drive around. It got me out of the party scene and it’s allowed me to see people. I’ve grocery shopped here. It’s just incredible. I haven’t got Screeched in but if there’s a night to get screeched in, tonight’s the night.”

“I have seen a bunch of friends — Leslie Feist came up and wished me luck before; and Tony Dekker from Great Lake Swimmers, I ran into him in the washroom and then came out and talked for a bit. There’s Howie Beck too. I’m surprised how many friends are out here.”

“Michael Buble, he introduced himself to me which was really sweet. He just said, ‘Hello Amelia.’ A lovely, lovely man. I think it’s hard to be here right now and not know that Amelia is the only Newfoundlander in the Junos [laughs]. It’s not quite fame but it’s hometown love.”