While many of us love to sip a glass, wine talk can be intimidating. Hence our handy guide to the most common wines today. Read, print, then enjoy. 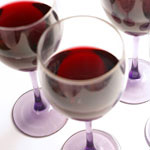 The basics
As you no doubt know, wine comes in red and white form. There is also that alluring and new-again rosé, or blush. Sparkling wines are usually white, although they are available in both rose and red, too. Dessert wines are sweeter than table wines and while fortified wines have additional alcohol, most commonly brandy, added to them during fermentation, creating a sweeter, heavier wine suited for after dinner quaffing. Here are the most common examples of the six main categories of wine, along with tips for getting the right bottle.

Whites
White wine is usually made from white grapes (really, more like green). Sometimes, darker, red or purple grapes are used, though the winemaker removes the skin before it can colour or flavour the grape juice.

White wines can be dry or sweet, with aromas and flavours of everything from grass and straw to minerals, peaches and other fruit, vanilla, butterscotch, oak and so on.

Riesling
• Classic German wine, available dry and off-dry (sweeter) with fine balance between fruit and mineral flavours
• Lovely paired with Chinese and other Asian foods
• Produced in a number of countries, most notably Germany, Austria, the Alsace region of France, as well as Canada’s Niagara Escarpment (where it can appear as a table wine, or, if the grapes are left to freeze on the vine, pricey ice wine)

Can’t tell the difference between a woody Cabernet and a flabby Merlot? Find out here!
Reds
Red wines are considered heavier than whites. The skins are left on as the wine ferments in order to add tannins (that dry taste that makes your mouth pucker, sort of like strong black tea) to the wine.

Common aromas or flavours wine snobs will speak of when sniffing or tasting a red wine include berries, spices, licorice, leather (!), jam, pepper and so on.

Cabernet Sauvignon
• Considered the king of red wines. Among the priciest of wines, gets better with age, dark almost black hue. Dry and substantial flavour
• Commonly paired with steak, chieken, lamb of beef
• Grown throughout the world, with most renown given to “cabs” from Bordeaux, France, as well as California, Washington, Oregon, USA; as well as Italy’s Tuscany, Lombardy and Piedmont regions; Chile and Australia

Merlot
• Dry red with more fruit elements than a Cab; look for cherry, strawberries, plum and fig flavours
• Known as the “hamburger wine” for its appropriateness, also good with chicken and pork, other grilled meats
• Grown in many regions including Chile; Italy; California and Oregon, USA; but Bordeaux, France is the classic

Syrah/Shiraz
• A dark, smooth, red with a bouquet that may include pepper, spice, black cherry, leather, or even tar or earth or toasted nuts
• Pairs nicely with grilled chicken, duck, stews, pork chops, lamb
• Grown internationally, the grape is known as syrah in France, Argentina, Chile and the USA, and Shiraz in South Africa, Australia and Canada. The Rhone Valley in France is considered the produce the best Syrah in the world, with Southern Australia locales like Barossa and the Clare Valley also earning top marks.

Find out about the world of organic wines Rosés
Rosé wines are also known as blush or pink wines. They come in both flat and sparkling versions. Made from dark grapes, they retain only a slight pinkness because the skins are removed soon after the grapes are pressed. Try White Merlot or White Zinfandel for something on the sweeter side, or a pink sparkling wine for a sweet celebration

Sparkling
Only bubbly from the Champagne region of France, produced according to strict guidelines, can call itself Champagne. But everyone bubbly, so if you wish to indulge more than once or twice a year, buy Italian Prosecco, or Spanish Cava, or just good old North American sparkling wine for a similar experience. Usually white, comes in pink or even red (try sparkling shiraz!).

Dessert
These wines are sweet thanks to their high sugar content and a good choice for an after dinner treat (hence the name). Splurge on an ice wine, or save with a late-harvest Riesling (Canada’s Niagara region is world-class for both); or try a Sauternes (Bordeaux is famous for them).

Fortified
Add brandy to a wine while the grape juice is fermenting, and it’ll increase the sugar and alcohol content in the wine. Sweet and rich, amber-toned fortified wines like sherry, Marsala or port make decadent liquid desserts. (Choose a dessert wine or a fortified after-dinner wine, not both!). Fortified wines can be enjoyed après dinner with a cigar (seriously), if you’re up for the challenge.

Check out these wine-themed hotels!