Where do artists put their Junos?

Where do the Canadian musicians put their Juno awards? ELLE Canada finds out as this year's winners dish about their awards! 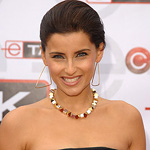 Considering the volume of Canadian releases each year and the selection process that goes into determining the five nominees per category, winning a Juno is the pinnacle of musical achievement when it comes to music awards in this country. So what do the recipients of the award do with theirs? A musician once divulged that he uses his to put toiler rolls on, while others are far more respectful, exhibiting them on mantles. Karen Bliss spoke to some winners at the 2007 Juno Awards in Saskatoon to find out their past and present homes for their statuettes.

Bob Rock (inducted into the 2007 Canadian Music Hall of Fame, and previous award winner)
“I think a lot of the earlier ones are actually at my mom and dad’s place. My mom has them proudly displayed. I think the last two that I won are here [Hawaii, where he now lives and has a recording studio]. Unfortunately, one got dropped [laughs]. The head fell off. We haven’t been able to find the head. We don’t know who tipped it over either. But I’m, of course, very proud of the awards that I get.”

Jacksoul (R&B/Soul Recording of the Year, and previous winner)
Frontman Haydain Neale:
“I had one whose head fell off too. That would have been during a move. It had a bit of a crack. I thought, ‘That should be okay,’ Oh, ‘tink’ [mimics sound of it breaking]. They’re actually really well made because I know this thing has fallen off tables before. I set it aside because I actually knew that I’d have to get around to replacing it at some point and this [win] would be a pretty good excuse. Now it has a friend. It’s not so much that I get to hold it or look at it; it’s just really great to know that people thought it was a great record.”

Tomi Swick (New Artist of the Year)
“This is going to go to my mom I think. I’m going to keep it for a while, but I’m not going to keep it. I’ll let my mom keep it because she’ll take better care of it than I probably would. I feel great. It’s been a long year. I’ve been working very hard.”

City and Colour (Alternative Album of the Year)
Singer-songwriter Dallas Green:
“My father put mine on a stool with a light that shines down on it. I swear to you, I came home from tour once and that’s what I came to. I was like, ‘You are a freak [laughs].’ So my dad takes care of my Junos.”

Billy Talent (Group of the Year; Rock Album of the Year, and previous winner)
Frontman Ben Kowalewicz:
“We actually made a Billy Talent chess board. We actually play chess with them [laughs]. We heard that Bob Rock’s head fell off his. We keep ours under lock and key. They were under my bed for a while and my girlfriend made me take them out and put them in the living room, so my friends come over and they make fun of me. I feel like a jackass [laughs]. I just feel a little odd [laughs].”

Bassist Jon Gallant:
“Mine are in our computer room and my cat has actually broken one. He’s a little pest. He gets into everywhere and he knocks things over. It’s on display but patched together. I just pieced it back together and leaned it against the cabinet so it stays.”

Guitarist Ian D’Sa
“I got two upstairs and I’m using one as a cable antennae [laughs].”

Find out about songstress Norah Jones and her soulful new sound!