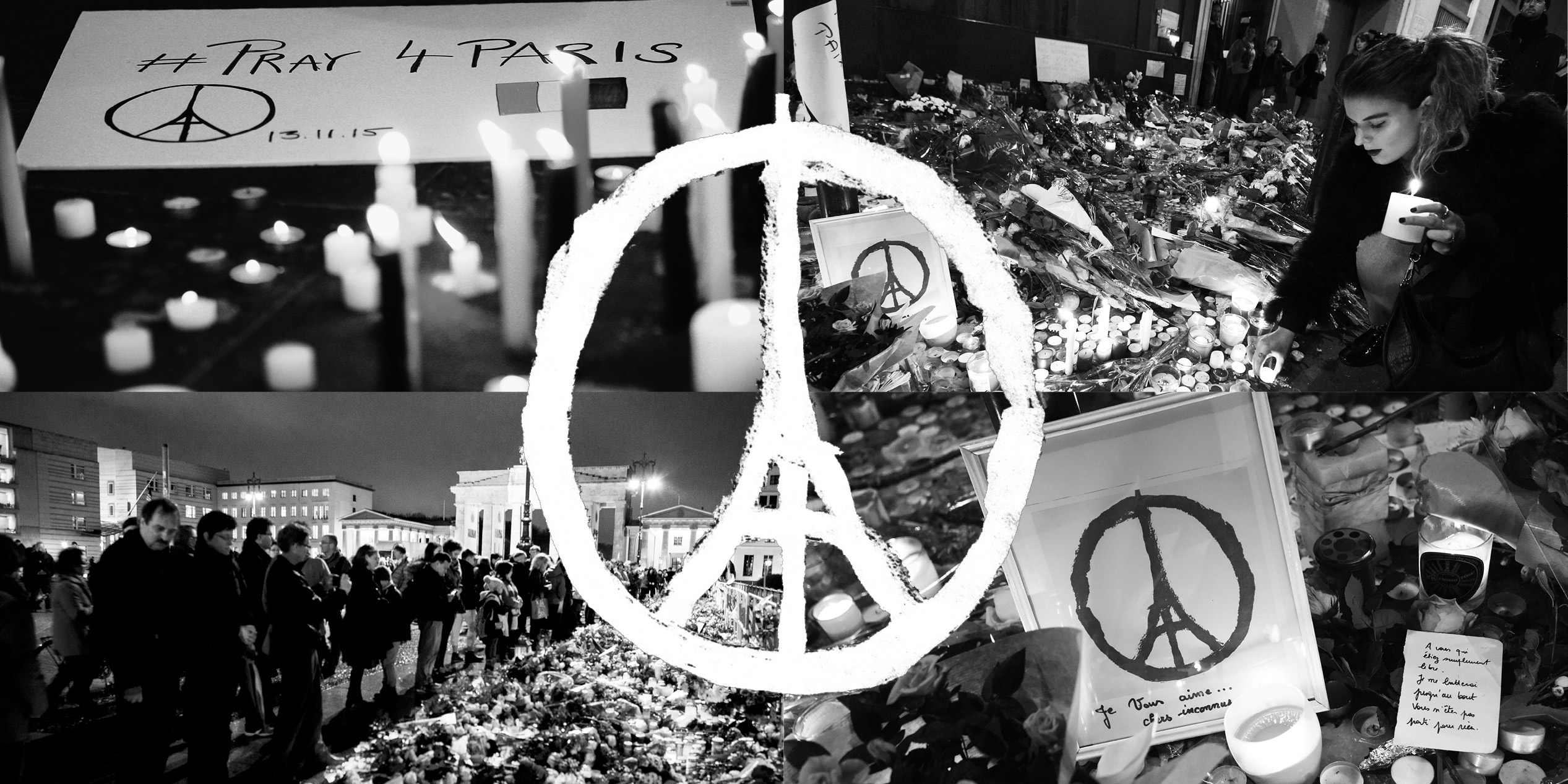 On the night of Friday the 13th, as we were hanging out before the kids went to bed, my son looked at his phone and mumbled, “There’s been a shooting in the 11th.” I went downstairs to take the dog out for a walk. The air rang with sirens.

Earlier that day I had biked past Le Carillon and Le Petit Cambodge, two of the places the gunmen hit, which are down the street from our house. I was on my way to buy some carrots from an organic shop on Rue Bichat, run by a young woman who is the spitting image of Zooey Deschanel.

Le Carillon is an ordinary café-bar with an unordinarily wide sidewalk around it, which makes it a good place to sit outside with a not especially good coffee or glass of beer: It is one of the few places that has not yet succumbed to the craft-beer, Chemex-coffee hipsterization of this canal-side neighbourhood. Not so Le Petit Cambodge kitty-corner to it. A cool Cambodian joint, it has a big plate-glass window overlooking a sidewalk always crowded with tables of pho-slurping hipsters. Both places got hit by drive-by shooters.

The Bataclan, where gunmen stormed in and held about a hundred people hostage, was where I took my daughter for her first-ever rock concert, Foster the People. Restaurant Casa Nostra, where another five people were killed, is a couple of blocks over from us on Rue Fontaine au Roi, where our friends Liz and Jean-Baptiste live. They were having friends over for dinner Friday night when Paris’ latest hell broke loose. Dinner guests ended up staying the night.

#parisattacks is very much in our backyard. On Saturday, the streets that hadn’t been cordoned off were as usual. People were shopping, but everyone was staring at their cellphones to check for updates. At a grocery store across from the cordoned-off Rue Faubourg du Temple—from which wafted strong-smelling cleaning fluids—a couple was having a hushed conversation with one of the sales clerks. Heading home, we saw a large crowd gathered in front of Le Carillon and Le Petit Cambodge. A tricolour doodad or flag hung from a window.

Though we live in Eastern Paris, where, apart from the bombing at the Stade de France, the attacks took place, I got my information Friday night from breaking news reports and social media, sitting at home. Shortly after French president François Hollande declared a state of emergency, the police stormed the concert hall and the Eiffel Tower went black, I went to bed.

On Saturday morning, there was no school. (In France, lycéens have class on Saturday mornings.) That was the only upside of the state of emergency: Everyone got to sleep in. That day felt strange and empty, like Boxing Day, because there was nothing anyone had to do. The food market usually held on Saturday mornings up the street had been cancelled, but the post office and the pharmacy were open. The bars were closed, but the restaurants were open. News slowly filtered in from our circle of friends: My youngest daughter’s classmate was at the concert at the Bataclan and had to crawl through dead bodies to escape; he is 12 years old; another friend who was at the France-Germany soccer friendly at the Stade de France was stuck there till two in the morning; the nephew of a good friend of ours had just proposed to his girlfriend at Le Petit Cambodge before she was killed.

The Islamic State has acknowledged that they coordinated and carried out the six almost-simultaneous attacks. It seems there were three, perhaps four teams and that Belgians were involved as well as French-born nationals. French reports surmise that the Bataclan had been targeted because it hosts an annual gala event in support of the Magav, the Israeli border-guard unit. The stadium was targeted because President Hollande had attended the game, which, incidentally, continued even after the bombs went off. (France beat Germany 2-0.) The crowd applauded the French goals and did the Mexican wave.

Hollande called for three days of national mourning, but by Sunday the sun was shining and people were out on the streets. Heading over to see the new Bond movie, we walked along the canal; there were lots of people with their dogs, hanging out next to the water drinking beer and sharing pretzels and playing pétanque. There was a new meaningfulness to the banal old activities: drinking coffee on a terrasse and taking the metro would be, for the time being at least, an act of bravery.

We went into the movie theatre. Twenty-five minutes into it, there was a commotion. A rustle. I turned around and saw the whole cinema moving. People were running down the stairs toward the exits. My feeling was fear in its most physical, unreflected form. Enough for me to lose touch with my youngest daughter, Siggy, who had been right next to me. My other daughter Zola and her friend had hit the ground. They got up, my husband, Chris, grabbing them, and ran to the exit. I couldn’t see my son Ty or Siggy. Everyone tried to calm down going up the stairs. When I got out, people were pouring into the cafe across the street. The owners were waving us all in, and then they pulled down the metal shutters. The cafe was full; people were crying. Siggy was missing. Chris had lost his glasses in the crush and couldn’t see a thing. Ty and I went out to look for Siggy. People were running up the street; cars were going in reverse. There were rumours that shots had been heard at Stalingrad metro and then that there was nothing at all, that it was just a citywide panic attack. We later found out that Siggy had been picked up by a woman and brought to her home, and then the woman brought her to our house.

These attacks were very different from Charlie Hebdo because they had a specific target: in the first instance, they had a vendetta against the magazine, and we were only involved in the abstract debate. These new attacks, however, really do just target us.

READ MORE
Canadian Georgette Gagnon opens up about the realities of being a human right advocate: the danger, the heartbreak and the passion.
Why is virtual reality called “the empathy machine”?
Reyhaneh Jabbari’s last words before the Iranian woman was hanged for killing a man who she accused of attempting to rape her.