With a little help from the ever-stylish, ever-travelling duo behind The Purple Passport, we find out the most luxurious and hottest travel trends and travel destinations you need to add to your bucket list. 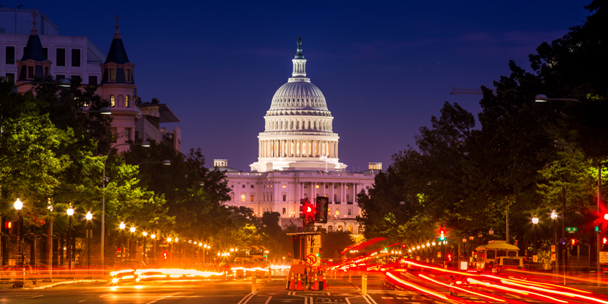 When the ladies behind the chic city guide travel website The Purple Passport (Emily C. Brands and Jennifer Garcia-Alonso) give advice on where to go next in the world and what luxury truly is, we’re all ears.
The Purple Passport, a chic website with one-stop city guides for the fashionable and savvy travel set, was started by then Manhattan-based friends Jennifer (who now calls Abu Dhabi home) and Emily after they realized their common love for travel and the need for an easy, but still
super stylish way to plan a vacation. “We realized that we just HAD to have a site like The Purple Passport…for ourselves, for our friends, and for everyone who liked to travel just like us.“ Who better to give us the travel low down on the latest swish cities and the fastest growing travel hotspots? Read on to plan you next big vacation.

What makes a travel hotspot?

Long before the travel magazines of the world name a destination one of the hottest spots of the year, travel insiders are touching down in untouched locales and spots that have fallen off the tourist world radar. That’s when the buzz surrounding a location begins. “Buzz and chatter from those in the know is a really key factor – what places are just starting to get attention from our friends, other travellers, and journalists that we know and trust? Increasing prices (sad but true), hotel construction as both larger companies and hip boutiques build a presence, and sometimes even a growing number of flights to the city or region all help us identify both emerging and existing hot spots,” explains The Purple Passport ladies. What does that mean for someone who wants to hit the new hotspots before so many others? Keep track on blogs, social media and new airline routes for potential buzz-worthy vacation destinations.

The political hub for the US has long been home for the political minds and busloads of tourists looking to catch up on their American history, but it’s also a city of movers and shakers in the travel world. “Its recent culinary and nightlife renaissance (along the U Street corridor but elsewhere also) has made this a popular destination for savvy foodies and experienced travellers of all ages,” explains Jennifer and Emily. So packing your bags for a quick weekend getaway will not only put you in top spot amongst your political friends, but also the hip traveller set. Check out The Purple Passport
guide to Washington here.

Backpackers have been trekking their way through this Asian country for years now – making pit stops in cheap hostels. Since we’re a bit past the backpacking days, now is the time to visit Vietnam for its relatively untouched, luxurious beauty. “As Vietnam continues to grow, more and more people are drawn to this lush nation. From a deliciously light cuisine to gorgeous scenery both on the coast and inland to an incredibly rich history, there is something for jet setters, adventure travellers, and everyone in between.”

“And not just because Jenn lives here! Over the past few years, Abu Dhabi has only begun to experience a large growth in tourism, partially due to the openings of hotel properties from major luxury players including St. Regis, Park Hyatt, Ritz-Carlton, Fairmont, Sofitel, Anantara, Rosewood, and Viceroy,” explains Emily. With a list of hotel properties like that, sign us up! In addition to the luxe digs to sleep in, Abu Dhabi has shopping, parks and loads of museums to poke around in after spending time in the desert. “That, along with unique offerings including one of the largest mosques in the region (open for tours to Muslims and non-Muslim’s alike), a truly picturesque desert with deep dunes just outside the city, a newly open set public beaches and planned openings for the Middle East outposts of the Louvre and Guggenheim museums, makes Abu Dhabi particularly attractive.”

“As security in the country has improved in recent years, many travellers have elected to visit this beautiful coastal city that features colonial architecture, a historic walled old town and world class beaches. Visit Gabriel Garcia Marquez’s home, climb a 17th century fort, and indulge in world class cuisine,” Jennifer and Emily suggest. You also can’t beat the local cuisine.

TRAVEL TIPS: How to travel like a jet setter

If you’ve trekked through Thailand, spent time in Kuala Lumpur and ate your way through most of Asia, chances are you bypassed this gem that has some of the most stunning beaches in the world (and even better, they’re largely untouched by tourists). “With 7,107 islands featuring some of the most pristine beaches and most exclusive world class resorts (Boracay, Amanpulo among others), this country is slowly becoming more popular for travellers,” hints The Purple Passport ladies.

Want a SHOPPING vacation? We round up the most FASHIONABLE CITIES in the world

A secluded cove in the Philippines.

The latest in travel trends

Whip out your cell phones, and tablets, ladies, because technology and travel go hand-in-hand now more than ever. “From the emergence of electronic boarding passes, to wifi in the air, to an abundance of travel apps serving a variety of purposes, to the immediate availability of information on social media or third party sources (on Google), technology is making the whole travel process more efficient from end to end.” Anything to keep us from waiting in the dreaded check-in line we’ll sign up for, stat.

Think beyond Eat, Pray, Love, and delve into what would really make a true, special experience for you. “Travellers are looking for a unique experience that can really teach them something. Whether they are climbing a mountain like Everest, learning a language like Mandarin, or immersing themselves culturally via a culinary class in San Sebastian, Spain, people are stretching well beyond the traditional limits of a typical vacation.” You want to learn how to make your own fragrance? Pack your bags for the south of France and get the experience.

“For most of us, gone are the days of dropping large amounts of money on a single trip. We think that even luxury travellers really like to take control of their travel budget and mix and match based on what’s most important to them,” explains Jennifer and Emily. Think about this: Trading up for New York’s most swanky, luxury hotel, but trade down by ducking into less expensive restaurants in tiny neighbourhoods. Or vice versa – it’s all about over-the-top expensive food, but a stylish, not-so expensive hotel.

“We are always making travel bucket lists! Today, we are longing for Martha’s Vineyard or Nantucket for some classic New England posh; Portillo, Chile for the novelty of skiing in summer; an Alaskan cruise because it sounds so neat; Napa Valley because why not; and Capri, Italy because Europe is always a good idea.”

FIND OUT: What’s your TRAVEL STYLE?

Don’t we all long to be a part of that exclusive group of people who travel across the globe? It’s not that difficult or daunting budget-wise, just think about what being a jet setter means to you. “From attending the opera to enjoying a spectacular meal to sprinting down a ski slope, jet setters do all sorts of things! But they have one thing in common: they really enjoy the place they’re in. Think about travelling for an event – whether its Art Basel in Miami or Coachella in California or Fashion Week in New York, Paris or Milan, jet setters will often hop on a plane for a special and exciting purpose,” says Jennifer and Emily.

Travel trends: Been there, done that (even in Paris)

There are a few places and cities in the world that we will never, ever grow tired of. Paris and New York are two prime examples. But, we do want to venture outside our favourite pastry shop and SoHo now and then. “Travel with a theme in mind. For example, explore the art scene, or the café scene, or in the Paris case, really get to know a specific neighborhood like Le Marais really well (read
The Purple Passport’s Paris picks here). Themed visits will allow you to keep it fresh, while also getting to know a place that you love even more.”