Living in 10 different countries over the course of a decade, our writer discovers nomadic purpose. 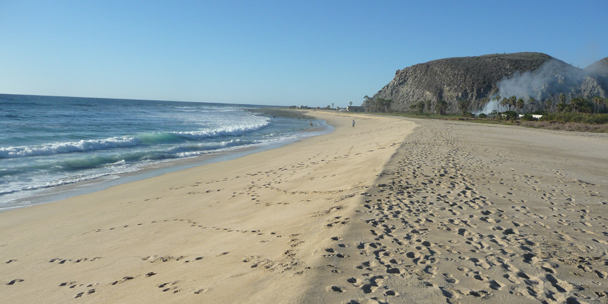 In my 20s, I lived in countless cities, in 10 countries, on seven continents. The shortest amount of time I spent anywhere was six months and the longest was two years. Perhaps I inherited this wanderlust. As a kid, I loved nothing more than to look at a map of North America with my dad and hear about his hitchhiking days. Or, perhaps it stems from the fact that I grew up going back and forth between my mom’s and my dad’s houses every Sunday. By the age of four, I had learned to love the ritual of packing a suitcase and the promise it held of a fresh start.

I was 18 the first time I went overseas. My best friend was visiting relatives in Sydney, Australia, and asked if I wanted to tag along on a one-year working holiday. So instead of heading off to university, I waitressed until I’d saved enough money to buy a backpack and a round-the-world ticket. I had no idea what I was doing or what I wanted from life. All I knew was there was a little voice inside me whispering “Go!”

My year in Australia was exhilarating in all the ways you might expect: By the time I reached Cape Tribulation, on the northeastern coast, I had tasted exotic fruits, swum with dolphins at sunrise and had something of a religious experience while watching a miniature sea horse bob, perfectly camouflaged among the coral on the Great Barrier Reef. It seemed impossible to me that there wasn’t a grand design to everything.

The journey was also frustrating in ways you might expect: I slept in mouldy, cockroach-infested rooms, was robbed by fellow hostellers and navigated the inevitable best-friend breakup once it became clear we had different priorities. (She wanted to go clubbing; I wanted to go scuba diving.) But the deeper lessons didn’t hit me until I returned home to Vancouver Island and tried to fit back into my old life. It was like trying to wear one-size-too- small shoes. Months of hostel-living, constant motion and having to judge circumstances in a heartbeat had changed me.

For one thing, sharing nightly meals with people from Finland, Kazakhstan, Turkey and Belgium had broadened my world view. For another, all that living off my wits had put me in touch with my instincts. Before Australia, my inner voice spoke in whispers, but now it was perfectly audible. Backpacking was a fast track to spiritual growth. I came home knowing exactly who I wanted to be: a traveller and a writer. It’s a path I haven’t strayed from since.

In the following decade, I lived all over North, Central and South America, in various parts of Europe, Asia and the South Pacific. I travelled as a student, taking advantage of my university’s exchange programs, and then as an ESL teacher. Between trips, I always returned to Canada to see family and friends and save money. I usually had the inten- tion of staying put, but, soon enough, I would feel the urge to travel again. The decision to leave home was never easy.

ELLE Travel: 10 things to learn about life from travel

More on how the gift of travel kept the writer going…

Exploring the streets of Colonia del Sacramento, Uruguay, in 2008.

My lifestyle drew as much criticism as admiration. (One friend still refers to it as my “moving problem.”) And not having the money to maintain a home base in Canada was unsettling, to say the least. At times I wanted nothing more than to own a bookshelf, a blender and some fluffy bedding.

But the gifts of travel kept me going: In Buenos Aires, I followed in the footsteps of Borges, writing in the same cafés he had, while working on my own short fiction; in Fiji, I helped a group of teenagers stage a near-perfect rendition of the musical Grease. Even the difficult moments were invaluable.

In Seoul, I once tried to explain to my stu- dents how my favourite thing in the world was to spend all day hiking along a particular river back home and then to float back down, sun-kissed and exhausted. They couldn’t comprehend what I was saying.

“Why is the river so big?” they asked. “Is it in a mall?” It wasn’t until I swam in their favourite river at Lotte World, a theme park the size of a small city, that I understood their confusion. They couldn’t imagine swimming in a Canadian river any more than I could have imagined 30,000 people crammed into a concrete one. I was suddenly homesick. For the first time, the little voice inside whispered “Go home.”

I returned from South Korea confused and exhausted. I wanted to see more of the world, but, now that I was in my 30s, it no longer seemed sustainable. I started to think I’d been doing things wrong for the past decade—that I’d been running away from, rather than moving toward, everything. Still, if travel has taught me anything, it’s that life has a knack for providing me with what I need, just when I need it.

It was around this time I found out that my collection of stories would be published. Then, the following year, I met my current boyfriend—a German- Canadian who has spent his entire life bouncing back and forth between Europe and Canada. These days, we bounce back and forth together. I maintain an apartment in Victoria, B.C., and he has one in Berlin. It’s not a traditional way to live, but I wouldn’t want it any other way. It’s the best of both worlds. We’ve figured out how to have the thrill of travel plus the comforts of home—the bookshelves, the blender, the bedding and more.

Buffy Cram’s Radio Belly: Stories was published in 2012. She is now working on her first novel.

On the next page: The writer shares her top tips for how to travel the world on a budget…

You, too, can travel the world.
I don’t often talk about my travels in day-to-day life, probably because I fear coming across like an obnoxious Woody Allen character—the type of person who, with a sweater draped over her shoulders, peppers the conversation with anecdotes that begin “That reminds me of the time I was in Paris [pronounced Pareee]….” Or maybe I avoid the topic because, too often, when my travels do come up, I get the same response. “You’re so lucky,” people say. Or, “I wish I could do that.” I’m always taken aback by this reaction because luck has absolutely nothing to do with it. Travel is a decision, like any other, and if I can do it, with little-to-no financial means, then anyone can. Here’s how to overcome some of the things that typically hold people back from an extended life on the road.

Afraid you can’t afford it?
1) Find low-cost or free accommodation in a monastery (monasterystays.com), on a farm (farmstays.org) or, if you’re feeling adventurous, in the home of a generous stranger (couchsurfing.org, hospitalityclub.org, globalfreeloaders.com).

3) Ask for a little help from your friends by crowd-source-funding your trip (trevolta.com). You’ll be surprised how generous people can be when they see you are living out your dream.

3) Get to know the locals (meetup.com, mingletrips.com) or introduce yourself at a local café.

Don’t want to give up your home base?
Sublet to a fellow traveller (Craigslist, sublet.com, Airbnb or a city-specific sublet group on Facebook).

Everything to eat, sleep, see and do in the seaside city.