On a bike trip around the globe, our writer finds out what it means to go the distance for love. 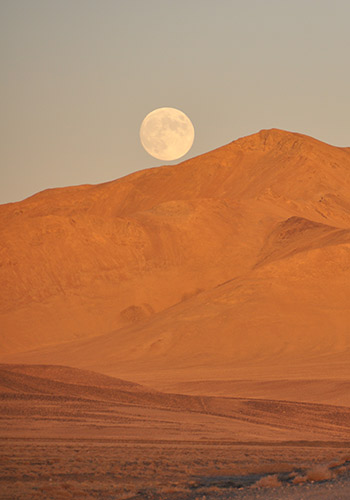 When I first met my jet-lagged boyfriend-to-be in a Vancouver restaurant the day he arrived from Belgium, my intentions were to act as his tour guide and cultural ambassador. Fill in the relationship blanks and fast-forward just over a year and I was the souvenir he brought back with him to Europe. I made the leap, following him—as well as poet Kahlil Gibran’s advice: “When love beckons to you follow him / Though his ways are hard and steep”—home to his native country.

After we’d lived together for about a year in Brussels, he announced that he was ready to take the next big step in his life: a two-year solo bike trip around the world. He had trained to be a professional road-bike racer but didn’t make the cut, and he wanted to prove something to himself by living out a variation of his dashed dreams. Off he went, leaving me to fend for myself as an expat. I patiently waited five months to see if he would have a change of heart and come back. While he was away, I taught English to diplomats and medical practitioners, worked as a voice-over actress for a French cartoon and started my first novel with a box of Neuhaus chocolates on my desk for inspiration.

When he didn’t return, I flew to Tajikistan to bike with him through the Pamir Mountains, hoping he would come to his senses and cut his trip short. If he didn’t, I had a break-up speech prepared: “You can’t expect me to wait for you. This isn’t the Second World War and I’m not a war bride.” Five months in a long-distance relationship (a personal chastity milestone) was proving impossible. I live closer to the French maxim “Loin des yeux, loin du coeur” (Far from the eyes, far from the heart) than the English “Absence makes the heart grow fonder.”

I dropped the “It’s over” relationship ender at the side of the road after my gears had busted on a 3,000-metre uphill climb. It was day four of the trip, and I was dressed in Muslim-appropriate clothing in 35 ̊C heat.

He reacted with an understanding smile and told me I was invited to bike with him for the remaining 1.5 years of his soul-searching journey. I had been willing to leave my country for his, but becoming a nomad was not in the master plan. Every day during the next three weeks of biking, I explained to him the multiple reasons the relationship would never work under these unconventional circumstances. I also complained about the constant ascent, the heat or cold, the lack of proper nutrition and hygiene, having to bike through sand and snowstorms and his poor trip planning. Despite being completely intolerable, I didn’t break him down to the point where he agreed we should split. He continued to believe we would stay together.

Our three-year anniversary was spent on the border of Tajikistan and Kyrgyzstan, curled up in our respective sleeping bags in a windowless bunker where off-duty border guards slept on mattresses that were black with mould. As vacations go, it wasn’t exactly a romantic getaway. Later that night, as I was suffering from altitude sickness at 5,000 metres in -25 ̊C, he kissed my barf-scented lips. In the morning, he gave me the last sip of water, knowing we were both dehydrated, hypothermic and dozens of kilometres from a water source.

I have no idea how it happened, but toward the end of our month-long trip together, it hit me like a 100-kilometre-per-hour headwind: No one else would tell me how beautiful I am when I haven’t washed my hair in two weeks and I’m wearing clothes that are tie-dyed with dirt and sweat.

Navigating our relationship has not been like a connect-the-dots drawing. In fact, I would gladly trade my relationship for one like those of other people I know—if only for how straightforward they seem. Bystanders to our crazy love story have encouraged us to give up the emotional obstacle course, but my intuition tells me I’m doing the right thing. And, of course, there is my endearingly obstinate boyfriend, who doesn’t take “It’s over” for an answer.

It was relationship boot camp, and we survived. The things we learned about each other in adverse conditions brought us infinitely closer together than life in the city would have. We have always been great lovers and best friends, but being forced to trust each other with our lives was a deeper experience. We also reached a new level of intimacy after seeing each other squat next to the road and call meekly for toilet paper while suffering from diarrhea. (We saw it as early training for changing each other’s diapers when we’re old.)

He’s still on the road and I’m back in Belgium, planning where we will meet next. I’ll keep joining him at various intervals over the next 16 months as he travels through Asia, South America and then Canada. His trip ends in my hometown of Carrying Place, Ont., where we plan to stay.

Thinking back on the trip, there were plenty of times when I would have been happier buying a postcard of the spectacular views before us than enduring what we had endured. However, as we were leaving the mountain range that nearly killed us and our relationship, I felt a sense of hard-earned satisfaction for having travelled over 1,000 kilometres with the man I love.