Arabian spas, Little India, and Japanese restaurants are some of the most luxurious hidden gems Paris has to offer. 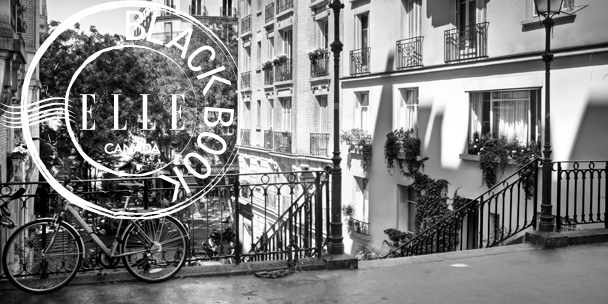 Yup, we’re just as enthralled by Paris’s other worlds as we are by Paris itself. Read our travel guide to discover the city’s gateways to Arabian spas, Little India and Japanese chic.

North Africa in Paris: For perfect couscous and detoxifying in Turkish baths

The Mosquée de Paris in the left bank – the city’s oldest – welcomes worshippers and non-worshippers alike to enjoy its 1920 Turkish baths and garden courtyard. On women-only days, mostly topless Parisians exfoliate in the steam rooms and dip in a cold pool before drying off for a massage. Surrounded by stained glass lanterns and mustard and turquoise tile designs, stout women chatter in Arabic while giving full body massages. (Don’t expect them to go easy on your traveller-weary muscles, but it’s worth it in the end.) For 42 euros for entry to the Turkish baths and a 20-minute massage, a visit to the Mosque is not just a great window into Paris’s North African culture, it’s also perfect for detoxifying after wine and pastries.

Once you’re feeling good-as-new after all that sweating, exfoliation and massage, you can round out the blissful feeling with some sweetened mint tea in the Mosque’s courtyard filled with chirping birds and tropical plants.

Want to bring your Arabian themed day into the evening? Couscous is a staple meal at most bistros in Paris, but for exceptional Algerian tagine and a painstakingly paired wine list, try Le Zerda Café.

Japan in Paris: For slurping some udon and goodies for the home

Paris and Tokyo are a perfect marriage. Both city’s cultures know a thing or two about outfitting a small space for charm and function and each holds the rituals around meals as near sacred.

Nowadays, sushi restaurants are found on every block, but for traditional Japanese dinner cuisine – steaming rice bowls and slithery noodles – rue Ste. Anne, in the first arrondisement, is the place to go. The street is teeming with fork-less tables. Our favourite is Kunitoraya, and, evidenced by the line-up along the sidewalk every evening, we’re not alone. (Kunitoraya doesn’t take reservations, unfortunately.) Here, udon is handmade and boiled in plain sight in giant silver sinks, creating a wall of steam that the Japanese cooks maneuver through. The perfectly textured udon is worth a try, but we also highly recommend the rice bowls (the tempura vegetable and shrimp-topped bowl is our favourite).

Another restaurant on our list is the chic (and pricey) Guilo Guilo. The menu, which changes daily, is inventive and fresh and chef Eiishi Edakuni is renowned for his ability to mix traditional Japanese courses with Parisian flair in his delightful presentation. The only obstacle is reservations are required in advance, and usually need to be made in person.

Whenever we’re in Paris (or New York or London for that matter), we also love to hit up Muji for stationary, simple organizers and kitchenware. It’s like the Japanese version of IKEA – functional design is king and all goods follow a simple and calming Japanese aesthetic. For more colourful Japanese tableware and décor, check out Kimonaya.

Muji
Addresses for the six muji stores in Paris are listed at muji.fr

India in Paris: For sari shopping and savoury dosa

You won’t find much in the way of northern Indian food in Paris, but it’s one of the best places in the world outside the subcontinent for South Indian cuisine, with its coconut-based masalas to crispy-outside, fluffy-inside dosa pancakes. France’s relationship with Southern India goes back to a colony it established in Pondicherry, along India’s South-East coast, and most Indians in Paris come from this region.

Little India is situated just south of Gare du Nord, along Rue du Faubourg St. Denis and its side streets. Here you’ll find dozens of quick and cheap South Indian restaurants at – welcome for Paris – affordable prices. Saravanaa Bhavan is a frequently packed chain restaurant that only serves vegetarian. We recommend starting with the sambar idly – plain, airy cakes in a yellow daal – and then the masala dosa as a main if you can handle a little spice. Ganesha Corner is a favourite of those in the know; it serves up Indian and Sri Lankan food cafeteria style to a mostly South Asian crowd.

For those who love all that glitters, India Designs sells sparkly bangles, gold jewellery and saris.