Forget the kilts; one of Scotland's coolest cities is a mix of haute fashion, high culture and medieval magic. 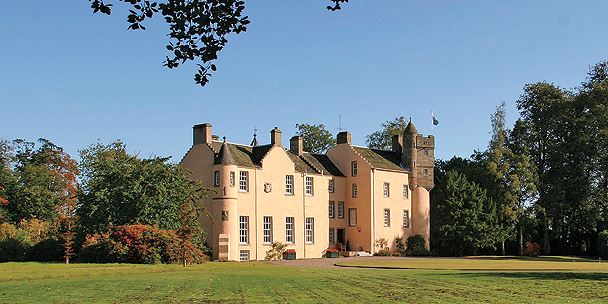 There’s more to Scotland than its largest cities – most of it is emerald green, and if there isn’t a castle in view, chances are you can golf on it – but to experience the country at its best, visits to Glasgow and Edinburgh are a must.

Edinburgh
The vibe The capital city is a bit uptight – as befits a place that’s swarming with financiers and other businessfolk. But if you visit during the Edinburgh Festival Fringe (August 3 to 25), you might feel as if the city is too friendly. Spend five minutes in one spot and you’ll be accosted by someone (possibly juggling something) inviting you to see the best play in town. Edinburgh is also UNESCO’s first City of Literature, and authors like J. K. Rowling have found inspiration in its picaresque, medieval-tinged surroundings.

Where to stay
Tigerlily, a boutique hotel on hip George Street, is a design maven’s dream, with artsy cloud-shaped chandeliers and brocade wallpaper with turquoise velvet flowers. The drink menu is described as “biblical” in scope. Try the namesake daiquiri, which mixes homemade raspberry syrup, vanilla cognac, rum and pink grapefruit.

For the luxe country experience, aspiring princesses can rent out Myres Castle, a five-star, 500-year-old estate located 45 minutes outside the city. It’s pricey but worth it – assuming that being waited on hand and foot between rounds of croquet and golf is your thing.

At Arkangel on William Street, browse through carefully selected treasures like the cherry-red ’40s style suit by Petrovich & Robinson, vintage jewellery and hats spruced up with a shock of feathers.

Where to drink and dine
So-hip-it-hurts music is one of the main attractions at the Opal Lounge-its hot-spot status was cemented by reports that Prince William hung out there while at the University of St Andrews. If you want to feel like royalty yourself, have dinner at Rhubarb at the Prestonfield hotel. With its secluded banquettes and deep purples, the decor is almost as decadent as the menu. Local restaurant icon James Thomson turns Scottish staples into five-star creations, and the desserts, like Tarte Tatin with Marzipan Ice Cream, are just as exciting.

Dance all night at Lulu, which has sound-responsive lighting on the dance floor and Swarovski crystals embedded in the walls.

What to do
Stroll through the fairy-tale locales that dot The Royal Mile, which trails down from Edinburgh Castle to the ruins of Holyrood Abbey. For luxe pampering, One Spa at the Sheraton Grand Hotel & Spa boasts six storeys, a heated rooftop hydropool and individual baths scented with your choice of herbs.

Getting there
There are direct flights from Vancouver, Calgary, Toronto, Ottawa and Halifax. Visit
www.cometoscotland.com.

Queen of Scots
Aimee McWilliams is not yet 30, but she’s already one of the leading lights of the Scottish fashion industry. Her aesthetic is avant-garde, featuring pleats and drapery that play with volume and proportion. Now based in London, McWilliams – who interned with Stella McCartney and designed tour outfits for the Rolling Stones and Oasis (no picnic there) – cites her formative years in Glasgow as a major influence. “There is a different sort of warmth here that I think is ingrained in us, and it filters through to our design philosophies, ” she says. Bayile Mbisa, head of events at Glasgow Fashion Week, says, “Aimee’s shows always have that wow factor.”