Rich gelato, old-world wine, 70-foot high masterpieces and eye-turning high-heels galore…so much about Rome feels delightfully indulgent. So why not join the crowd and dig in for the best that Rome has to offer? Here are some of our favourite luxuries in the city. 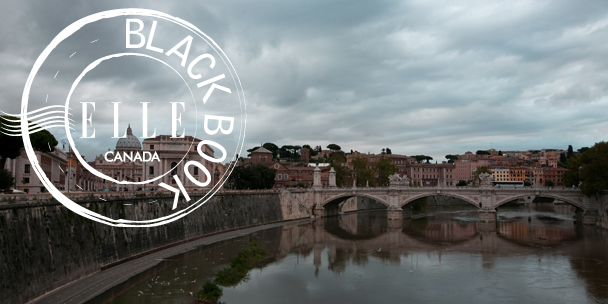 A ten-minute drive or 30-minute walk from Rome’s downtown, Pigneto – the neighbourhood where Pier Paolo Pasolini’s filmed his 1961 Accattone – is Rome’s newest hotspot. A hodgepodge of mechanics’s shops, low-rise orange and pink apartments, hipster bars and foodie restaurants, it’s been undergoing gentrification in recent years, but it’s gritty-cool character is still very much intact. Several cafes and restaurants make this neighbourhood worth the tram ride, but two are an absolute must.

Necci, with its art-deco chandeliers, checkerboard tables and huge pebbled patio has undergone a significant renovation since Pasolini used to hang out here, but London-born chef Ben Hirst tries to honour the place’s working class roots. That’s why fish and chips still exist on the menu, along side lentil soup topped with bacon-wrapped raddichio, foie gras and beef tartar fillets with black truffles.

“This is a place where people can sit around and talk about revolution,” says Hirst, before admitting that, in reality, discussions centre around “corruption and football.”

Primo al Pigneto is another place to see and be seen in this foodie dream neighbourhood. The award winning restaurant isn’t wallet-friendly – hence why it’s an indulgence! – and reservations are often necessary.

2. Get treated like a Roman Queen at the city’s most luxurious spa

As you sweat at the sauna of the Grand Spa at the Rome Cavalieri Hotel and splash at the edge of the cool Turkish bath, you’ll be forgiven for expecting someone to start serving you grapes one by one. The Grand Spa, offering everything under the sun, including shiatsu, ayurvedic and stone massages, as well as lymph drainage treatments and facials, is extravagance defined.

Non-residents can pay 45 euros to access the Hotel’s four pools, including the massage whirlpool, hot and cold plunge pools and an outdoor Olympic-sized one. Treatments are extra and include a four-hand massage (seriously) and a caviar body treatment, which claims to leave the skin shimmery as a fish’s.

The Grand Spa at Cavalieri Hotel
Via Alberto Cadlolo, 101
romecavalieri.com

Learn more about Rome’s coolest museums, best gelato, and most interesting must-sees by reading on to the next page…

Read more of our Black Book Travel guides on Paris and Vienna.

Rome is, of course, the European capital for old world art, from the Sistine Chapel to the Museum Galleria Borghese. But you can also whet your appetite for edgy, whimsical and modern design at MAXXI, Rome’s 2010-opened Museum of the 21st Century Art. Even if contemporary art is not your thing, MAXXI is worth a visit for the delightful building itself. Designed by architect Zaha Hadid, its sleek black and white interior made up of concrete, glass and steel play with light and contrast like a panoramic series of abstract paintings. The staircases that go up and down and all around will remind you of a Dr. Seuss book. You’ll be happy to know: Most of the exhibits and concerts here are free.

You’ll find velvety, multi-faceted flavoured gelato at almost any old gelateria in this city where folks know how to indulge. If you want to take your gelato love to the “obsessed” notch, head to the slightly out-of-the-way Gelateria dei Gracchi, about a 20-minute walk from the Vatican. This gelateria specializes in nutty flavours, so try the homemade pistachio or orange almond. Gori is another gelateria worth seeking out. Like Gelateria dei Grachi, it’s gone back to gelato’s all natural roots, adding new-agey flavour pairings, like sage raspberry and fig ginger.

5. Take in some live music on the sprawling field of Circolo degli Artisti

Also in the happening neighbourhood of Pigneto (see #1), this outdoor-indoor venue has something for everyone’s indulgent tastes: gazebos and gardens, live music, two dance floors and wood-fired pizza ovens. The vibe is youthful and alternative – music is often indie, electronic or world (with some exceptions) but even if that’s not your scene, who can beat a garden party wine and tasty pizza? Before or after, sample some craft beers at nearby Birra Piu, where the cute bartenders are determined to make you appreciate fine beer as you do fine wine.