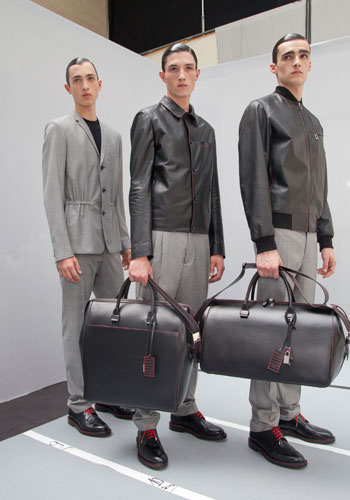 There are 147 ways to assemble a tent, most of which require the use of profanity. This is among the many lessons gleaned from my father’s few misguided attempts at the Manly Art of Camping.

Other lessons include How to Catch a Fish (preferably pried from the jaws of a grizzly bear moments after said bruin has plucked the fish from a cold mountain stream or, failing that, purchased, prebreaded and in convenient stick form, from the local Safeway) and How to Light a Fire (a simple recipe, really, involving five gallons of lighter fluid and approximately 2,786 matches flung in succession onto a log the size of an elephant’s thigh while employing the aforementioned supply of profanity).

Men, as you may have noted, are endlessly fascinated by numbers. We like stats, percentages, lists, rankings-anything that involves quantifying life’s experiences.

In fact, 87.5 percent of all men will believe any statistic – even one that has just been made up on the spot.

In keeping with these traditions, and having sons of my own who are now on the brink of early manhood, I have tallied the five manliest trips I have taken over the years and then ranked them accordingly as a travel guide.

1. Polar bear trekking in Churchill, Man.
Every fall, as winter sets in and Hudson Bay begins to freeze over, thousands of polar bears congregate on a hook of land near Churchill, Man., making the town the undisputed "Polar Bear Capital of the World."

I once spent several nights on the tundra outside Churchill in a converted school bus that rolled across the landscape on giant buggy wheels as part of a semi-scientific polar-bear tour.

Manly factor: Anything involving encounters with polar bears has to rank high in terms of sheer masculinity.

Ranking: 4 out of 4 rib-eye steaks soaked in barbecue sauce.

2. 800 kilometres of rain and bog in Northern Ireland
The Ulster Way, billed as the "longest waymarked trail in the British Isles," is an 800-kilometre path that exists primarily in the imagination of the Northern Ireland Tourist Board. I spent two months doggedly following the route across trackless bogs and soggy hills, cursing all the while. (The Irish seem to believe that marking a line on a map will somehow conjure a trail into existence.)

Manly factor: When it comes to the great outdoors, men are never happier than when they’re miserable.

Ranking: 3 out of 4 playoff beards.

3. Dancing the tango in Buenos Aires

While I was on a book tour in Argentina, my hosts took me to a dance hall one night to learn the legendary tango – a dance that exudes smouldering sexuality and raw masculinity.

When it’s done properly, that is. After returning from the dance floor in triumph, face flushed, I had the following conversation.

Manly factor: Potentially very high…if you can pull it off. I, alas, could not.

Ranking: 2 out of 4 razor-stubbled chins.

4. Viking camp in Northern Newfoundland
Erik the Red, one of the manliest explorers in history, founded a Norse colony in Greenland on what was then the edge of the known world. His son, Leif, sailed even farther off the map.

He established an outpost at Vinland around 1,000 AD. This settlement was almost certainly at L’Anse aux Meadows, on the northern tip of Newfoundland, where a Viking camp was later unearthed.

I visited the site and felt my Norwegian blood stir as I watched icebergs drift past.

Manly factor: Vikings and icebergs? Doesn’t get much manlier than that.

Ranking: 3 out of 4 power-tool extension cords.

The ship also takes "walk-on freight" (i.e., passengers), which is how I ended up on board as work crews wrestled barrels of fuel onto platforms and black bears ambled along the shore nearby. True, I didn’t actually haul any barrels myself, but I did stand – fists on hips, face in the wind and watch them work.

Manly factor: Bears. Freighters. Lumberjacks. This just may be the manliest trip possible.

Ranking: 4 out of 4 beer-and-bacon breakfasts.

The lesson my sons, Alex and Alister, can take away from this? To truly embrace the Art of Manly Travel, one needs to, let me see, dance the tango with a polar bear in the rain while unloading cargo at a Viking lumber camp. With bears. Failing that, I can take my kids camping. They’ll have to start brushing up on their vocabulary, though.