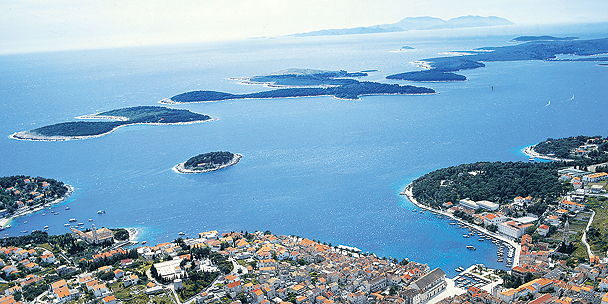 SOUTH AMERICA
THEN Bogotá
NOW Punta del Este
A magnet for the beautiful people, this Uruguayan resort town is earning a rep as the Saint-Tropez of South America. The beachfront restaurant La Huella is the unofficial headquarters: Order the Dulce de Leche Volcano dessert or the signature caipiroska cocktail. The concierge at the Casa Suaya boutique hotel can arrange beachside horseback riding, or book your own private polo lesson at nearby Estancia Vic’s.

CARIBBEAN
THEN St. Barts
NOW Bonaire
The allure of this tiny Dutch colony rests in its relaxed vibe and ultra-private beaches. Our favourites: Pink Beach (so-called because of the pale salmon hue of its sand) and 1,000 Steps Beach, which is deserted enough to recall the sultry glamour of The Blue Lagoon. Local favourite Wil’s Restaurant is known for its margaritas and prosciutto-wrapped shrimp.

ASIA
THEN Phuket
NOW Marinduque
There are no Starbucks on this volcanic Philippine island—life in Marinduque calls for a calmer pace. (Think white-sand beaches and sulphuric hot springs.) Its sole concession to luxe tourism is the Bellarocca Island Resort and Spa, which sprawls over its own island. Indulge your spiritual desires in the Meditation Sanctuary and your sensual ones in the Cigar Bar.

EUROPE
THEN Dubrovnik
NOW Hvar
This jewel-box Croatian island, tucked into the Dalmatian Coast, is already a favourite with both titled and Hollywood royalty, from Princess Caroline of Monaco to Gwyneth Paltrow. The natural splendour on display includes lavender fields and orchards of olive trees. Book dinner at Macondo, a seafood restaurant on a cobblestoned street near the Venetian fortress, and then enjoy the arty vibe at Hotel Riva, which features portraits of stars like Brigitte Bardot and a 10-metre proximity to the Adriatic Sea.