Travel destinations: The hot spots of 2013

Pack your bags, jetsetters. Our top picks for travel destinations in 2013 are far flung, celeb-ready and just waiting for your visit. 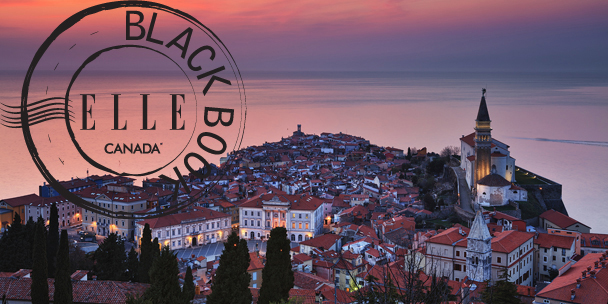 When you think of exploring new travel destinations, typically the same spots come to mind.
Paris anyone? Or how about a tropical destination to soak up the sun? Certain destinations have just earned their stripes as places to visit, year in and year out. But in 2013, we say push your travel boundaries and go beyond the usual and find the new travel hot spots for this year. There’s lots happening around the globe, and new of-the-moment travel destinations are popping up that are bound to attract the attention of celebs and art buffs from all over. Make sure you’re on the A-list with this insider look at where the new hot travel destinations are for 2013.

A war-torn city not long ago, Dubrovnik slowly evolved into a playground for the rich and famous. Its location on the shimmering waters of the Adriatic and proximity to Sarajevo, home of the Sarajevo Film Festival, are just two of the reasons this city has earned a name for itself. Add to that the fact that Jay Z and Beyonce abandoned the star-studded shores of St. Tropez for the quieter but equally luxurious coastline of Dubrovnik for a summer getaway back in 2011 and this city was destined to get noticed, earning its name as one of the travel hot spots for 2012.

But the new Adriatic gem for 2013 is Piran, Slovenia. When Travel & Leisure put Piran on the cover of their July 2012 issue, calling it one of Europe’s best-kept secrets, they also put this unassuming coastal town on the map – and on the minds of many a curious traveller. Situated on the northern coastline of the Adriatic and just a two-hour drive from Venice, this lesser known town is so beautiful, it’s bound to draw the attention of glitterati looking to ditch the paparazzi in 2013.

There’s no disputing that London has been one of the hottest travel destinations for the past two years. It all started with Will and Kate’s fairy tale wedding in 2011 and the interest kept up its momentum with the Queen’s Diamond Jubilee and of course, the London 2012 Olympics. We’ll always love London, whether it’s centre stage for international events or not. But for 2013, it’s time to look beyond her majesty’s borders.

According to Lonely Planet’s list of top 10 cities to visit in 2013,
San Francisco is at the top. But following just behind is Amsterdam, which is going to be huge in 2013. Sure, Amsterdam has long been known as one of the hot travel destinations, especially for travelers looking for (ahem!) a good time … but things are really going to get swinging in 2013 as the city gears up to mark many milestones. It’s Vincent Van Gogh’s 160th birthday, as well as the 400th anniversary of the famous Canal Ring. It’s a big year for the arts and culture community of Amsterdam with many other anniversaries being observed but because of the parties that are planned from January to December, we think it’s going to attract the attention of stars from all over the world. Amsterdam is definitely going to be rocking, the whole year long.

Aside from Hollywood, where you’re bound to spot stars in their natural habitat, St. Bart’s has long been known as the best place in the world for celebrity sightings. It’s especially hopping on New Year’s Eve, with hotels sold out months in advance. Popular because of its easy-to-reach Caribbean location, luxury hotels and gourmet food, St. Bart’s has been a celebrity hot spot for a long time.

But for travellers who aren’t afraid of voyaging long distances in search of the new travel hot spots, look farther than the Caribbean for your dream getaway. Bali is home to some of the most luxurious resorts in the world, so it was no surprise when Ashton Kutcher and Mila Kunis chose it as the destination of their first
couples’ escape. Aman Resorts offers visitors unparalleled accommodations and service at their hotels across the island. Follow an itinerary like Kutcher and Kunis are rumoured to have, travelling from one end of the island to the other, staying at the first-class Aman Resorts along the way.

When it comes to domestic getaways, Vancouver often tops the list of travel hot spots for Canadians. It’s a stunning city, boasting an ocean, mountains and a metropolitan city life – giving this city something to appeal to everyone, whatever their vacation style. When the 2010 Winter Olympics pushed Vancouver into the international spotlight, this stunning city caught people’s attention. But that was 2010 … In 2013, it’s time to move eastward.

OK, we’re the first to admit it. We’re based out of Toronto so we have a special affinity for our city. But regardless of our sentimental hearts, Toronto is making its mark on the international scene in a big way. The Toronto International Film Festival has become a must-attend event on the social calendars of many an A-list celebrity and the 2012 festival saw the city welcome celebs like Johnny Depp, Naomi Watts, Marion Cotillard, Ryan Gosling, Gwyneth Paltrow, Emma Watson and countless others. Next year’s festival is bound to be as big (if not bigger) a star-studded event. Add to this the fact that Toronto is now home to four brand new luxury hotels and it’s easy to see why people are talking about Toronto. The Trump Toronto, the Shangri-La, the Ritz-Carlton and the brand new Four Seasons in the city’s tony Yorkville have all added to Toronto’s well-earned place on the list of world-class cities.

In 2012, Helsinki was named World Design Capital by the International Council of Societies of Industrial Design, an organization which names one such city every other year, to acknowledge its “accomplishments in utilizing design as a tool to improve social, cultural, and economic life,” according to their website. This honour gave Helsinki international attention and made it one of the top places to visit in 2012, to see what was cool and innovative happening in the world of design. But in 2013, the new hot spot is just a one-hour flight or five-hour drive from Helsinki. We’re talking about St. Petersburg.

Sometimes all it takes is the genius of Hollywood to spark our imaginations and make us yearn for far-flung destinations we’d never previously given much thought to. When the film Anna Karenina hit movie theatres at the end of 2012, it unleashed an interest in Russia; the sweeping scenery and epic tale of one of history’s most beloved love stories conjures up images of romantic walks along the snowy streets of St. Petersburg for the vacationer who doesn’t mind the cold. (Yes, you should visit during the winter months; this writer visited in July when the city was having unseasonably high temperatures of 30°C and the experience felt entirely inauthentic.) Before you hit those snowy streets, bundle up and take inspiration from Banana Republic’s Anna Karenina collection: furry hats, wool capes, leather gloves and lace dresses.