With a baby on the way for Prince William and Kate Middleton, we pick the top spots for the couple to chill and relax pre royal tot. 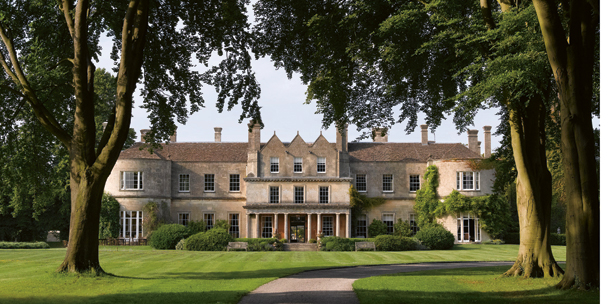 No one can really travel quite like a royal (we can all aspire to though!). Especially when it comes to finding a chic, secluded hideaway with the utmost privacy. As the world anxiously awaits the arrival of Prince William and
Kate Middleton’s first royal heir (will it be a boy or a girl? We’re taking bets!), we think the couple should take a few moments to themselves to relax, rejuvenate and have some alone time before the bundle of royal joy arrives. And if we do say so ourselves, these top babymoon hotspots would also make for a super luxe, swanky vacation for anyone. Here’s where we think Prince William and Kate Midlleton should babymoon.

Lucknam Hotel & Spa in Wiltshire has long been noted as England’s best spa retreat. So why wouldn’t the royal couple want to escape for a quick weekend break to this cozy, chic hotel? A private suite will be in order, along with some of those soothing and rejuvenating spa treatments (We say a Tension Release Massage for Will and a Mother-to-Be Pampering Therapy for Kate where she’ll be pampered and soothed from head-to-toe to ease aches and pains). Plus it’s close to home, located just outside Bath (as Kate gets closer to her due date, chances are she’ll keep her feet firmly planted in jolly old England).

We round up the most FASHIONABLE CITIES in the world

Keeping it close to home, a night or two at royal favourite
The Goring Hotel might be in order for Kate and Will to get in some extra pampering and sleep time before the baby’s arrival. After all, it is where Kate spent her last night as an official commoner before their extravagant wedding day. The hotel has long been a royal favourite (for over 113 years now) and added bonus? The posh hotel is serving up a special royal afternoon tea (voted the best by the UK Tea Guild in April 2013) in dedication to the Queen’s 60th anniversary coronation taking place in July – complete with a mini chocolate crown and Earl Grey Tea macaroons that we’re sure would fix Kate’s sweet cravings.

The sandy beaches in Mustique. Image courtesy of iStockphoto.com

Ok, they kind of already did this. Prince William and Kate Middleton jetted off to this ultra-posh and ultra-exclusive island in early 2014. Will and Kate, along with Kate’s family, hit the sandy beaches and relaxed in a private villa, which was no doubt a relaxing vacation for Kate post her complicated pregnancy start.. If you’re looking to score the same swanky digs, you can rent private villas at
mustique-island.com – be sure to have your unlimited American Express credit card on hand though.

FIND OUT: What’s your TRAVEL STYLE?

We’ve yet to see the royal couple spending some alone time in this chic and fashionable city, but why not start pre-baby? It would be the perfect getaway that no one would expect (they’ve regularly done the south of France as a quick escape, so it’s off the list). The
Hotel Villa Magna, tucked away on next to some of Madrid’s finest and most luxurious shopping, will offer up the utmost in privacy for the expectant mom and dad. Especially if the book the penthouse 2-bedroom suite that comes with it’s own gym, while the spa will offer some ultra soothing and pampering treatments, or they could take leisurely strolls along the city streets (with a royal escort, and in disguise, of course).