3 Things to do in Helsinki 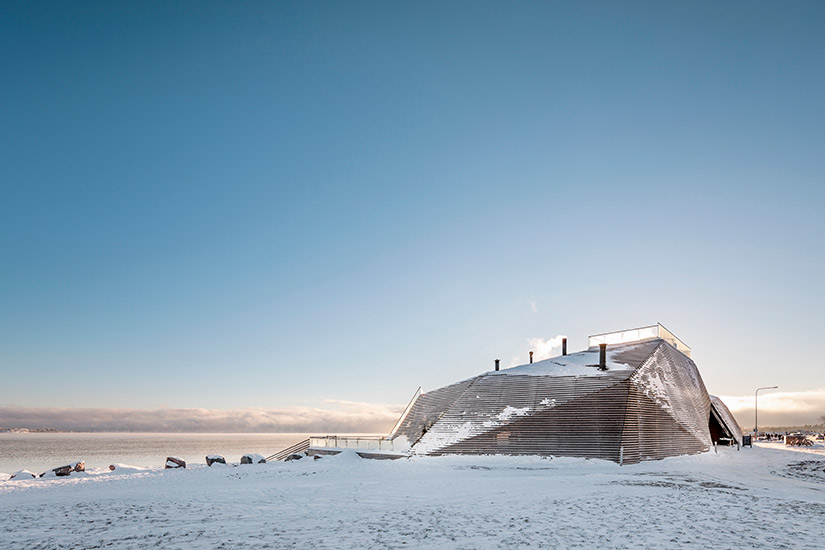 1. SAUNA Now that we’re hip to hygge, there’s a new Scandi word in town: sisu. Sisu is Finnish, and it’s the polar opposite of hygge. Where hygge is about cozy sweaters by candlelight, sisu is the thing that propels you naked into an icy lake after a scorching sauna session. It’s about true grit and being hard-core, which is what makes the sauna the quintessential Finnish parlour room. Everyone has their favourite one, and most go at least once a week. The very hippest sauna looks like a giant birch-timbered fortune cookie. Co-owned by actor Jasper Pääkkönen (Vikings, BlacKkKlansman), Löyly merges sleek architecture with rustic wood-stove sauna life. You can take a break from the heat in the communal coed shower (everyone wears a bathing suit)—just pull on a rope to douse yourself with a bucket of cold water. Hardier types pass the lounge chairs on the vast cocktail patio and make a beeline for the sparkling Baltic. Aside from the outdoor bar, there is a restaurant that serves, among other things, only sustainably caught fish; salmon soup is a menu favourite.

Our fireplace lounge for those relaxing moments in between saunas… #löyly #löylyhelsinki ?: @pekkakeranen

2. EAT The restaurant that everyone was impressed we got into in Helsinki was Nolla, which, btw, is reopening in February after a major reno. A zero-waste restaurant with a dark-patinatedwood interior and epic photos of ship crewmen on the walls, Nolla is run by three chefs. There’s Carlos Henriques, who is Portuguese, Albert Franch Sunyer, who hails from Barcelona, and Luka Balac, who is Serbian and served us the most delicious bottle of Serbian wine, which, he told us, is impossible to procure.

3. EXPLORE Helsinki’s grittiest neighbourhood is Kallio, which used to boast a place called Amphetamine Square. Now it’s the neighbourhood with cheap and thrilling thrift shops, like Hoochie Mama Jane and Ansa, and possibly the best bar in the world, Pulmu, a tiny spot overshadowed by an airplane engine attached to the ceiling. A word of advice? If you try the Finnish cognac, be prepared for a crash landing.