These are two of Hawaii's hidden gems 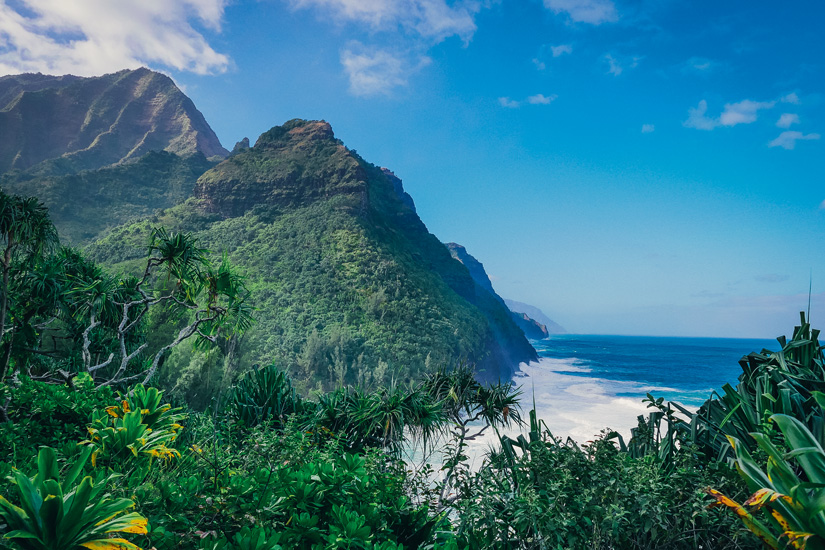 Hawaii is revered for its surf breaks and Mai Tais, but for those seeking an alternative to hang tens and hangovers, the underrated spots of Kailua-Kona and Kauai offer plenty of hidden gems: secret beaches, lava fields, volcanoes and rainforests right out of Jurassic Park.

Get to adventuring in savagely beautiful Kailua- Kona. Home to crystalline ocean and black-sand beaches, the locale also boasts an active volcano in Hawaii Volcanoes National Park — you can witness Kilauea glowing fiery orange against a starlit sky. It feels deeply romantic, which makes sense given that native Hawaiians consider the crater to be the home of Pele the Fire Goddess: Any eruption symbolizes her desire to be with her true love. Afterwards, raise a glass of bubbles at The Rim restaurant, where views of the billowing Halemaumau Crater act as your back- drop.

Next stop? Kauai. Since tropical rainforest covers most of its surface, the Garden Isle is, naturally, pretty dramatic. Explore the Na Pali Coast on a luxury catamaran with Capt. Andy’s Sailing Adventures while taking in the emerald cliffs and cascading waterfalls. You’ll want to bring your snorkel along too — Kauai offers the most protected-reef ecosystems of all the major islands.

WHERE TO STAY A day at sea requires a night of pampering. Look no further than the luxe St. Regis Princeville on Kauai. From the stunning panorama of Hanalei Bay to the swish ninth-floor lobby to your butler-appointed oceanfront suite with a massive picture window offering sunset views, this hotel is fodder for a dream sequence from which you will never want to wake.