A culinary tour of a country known for its cheese, chocolate and now wine too makes this nation a girl's best friend. 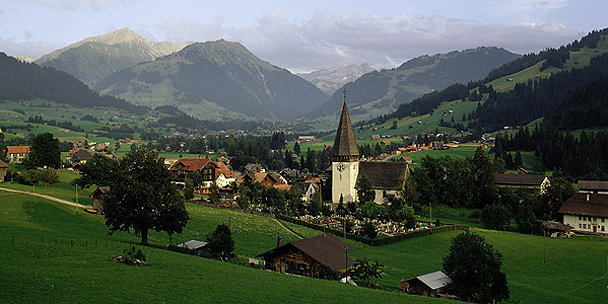 As far as destinations go, Switzerland’s cities may not have the sex appeal of Paris or the utter chic of New York, but this geographic beauty is known for its sumptuous cheese, chocolate and now its wine too, thanks to the recently UNESCO-appointed vineyards of Lavaux, making it an ideal romantic escape or girlfriend getaway. Here are a few of our favourite stops.

Wine: Lavaux
The rich and fabulous have long flocked to the Swiss Riviera for its belle époque hotels and resorts, but now they have a new reason to check in: The region’s wines are experiencing a rise in interest, thanks to the designation of its terraced vineyards as a World Heritage Site by UNESCO in June 2007. Though the wines produced are mainly Chasselas, the most common type of grape found in Swiss vineyards, Gamay and Pinot Noir are also popular. Visitors can explore Lavaux’s wine-growing villages and vineyards, some of which go back hundreds of years and many generations, on a trail from Ouchy to the Chateau de Chillon, with sublime views of the Alps and Lake Geneva (also known by its French name, Lac Leman) along the way. The wine growers here don’t export much, as most of the wine produced in the region is consumed locally, so trying it on home turf may be your only chance to sample these goods.

Off the trail, though, Lausanne serves up boutique and market shopping, while Montreux hosts its annual Jazz Festival and Lake Geneva offers picturesque cruises on paddle steamers. At night, splurge on a room in Lausanne’s five-star Beau-Rivage Palace (www.brp.ch)

Cheese: La Gruyere
Set in the midst of the Fribourg pre-alpine foothills, Gruyeres is memorable not only for its namesake cheese but also for the 13th century castle that towers over the medieval town and the creepy-pervy H.R. Giger Museum, permanent home of works by the Swiss surrealist and designer of the film Alien. Be sure to check out his fantastic new bar, but sample authentic cheese fondue or raclette at the popular Le Chalet. Cheese enthusiasts can learn about traditional cheese making at the mountain factory of Moleson, (www.moleson.ch), where cheese is still made in a cauldron over the fire.

Chocolate: Broc
Although solid chocolate was made in Italy before Switzerland, it was Swiss national Daniel Peter who invented milk chocolate in the 1870s. However, it was Francois-Louis Cailler who first went to Italy to learn chocolate making and bring it back home. His is the oldest Swiss chocolate factory, dating back to 1819. So do like Charlie and visit a real-live chocolate factory by touring Nestle’s Cailler facility in Broc (cailler.ch). It’s giddy fun exploring Easter chocolate moulds from the past while whimsical, Disney-esque music plays in the background. You’ll learn all about chocolate, but the real treat is the last stop in the tour, which allows you to sample all the chocolatey goodness you can handle. Not for the faint of will.

Find out how to spend 24 hours in Prague here!