If you didn't Instagram on the Spanish Steps, did you even go to Rome? Welcome to the era of selfie tourism. 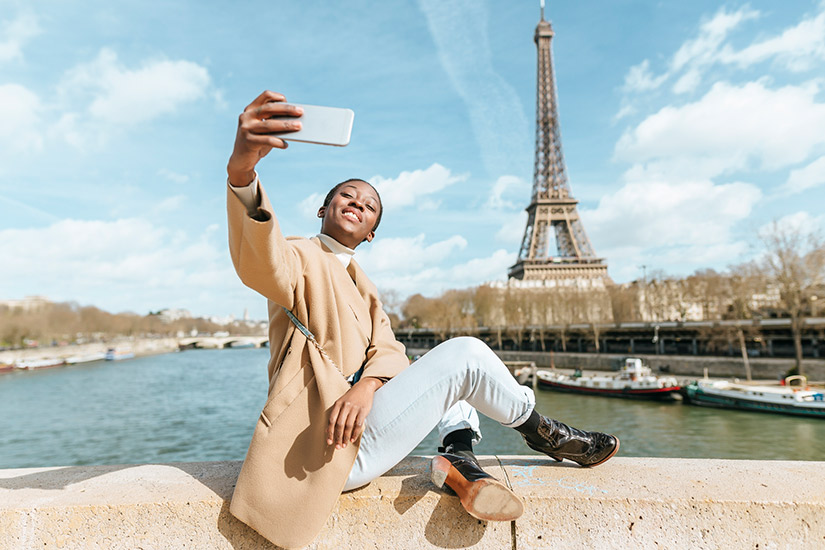 Last summer, Bogle Seeds sunflower farm in Millgrove, Ont., closed its doors to the public after swarms of visitors trampled the family’s sunflower crops in order to snap and post photos of them on social media. Police estimated that 7,000 cars had packed an area that was meant to hold 300. Most had found the farm via Instagram’s geotag feature, which tells users where a photo was taken and provides a link to a map of how to get there.

Student Allie Fischer, from London, Ont., was among the hordes who took a road trip to Bogle Seeds specifically for the ’gram. “I didn’t have much variety in my photos, so I thought the sunflowers could brighten up my feed,” says the 21-year-old, who had recently started an account for Milly, her white German shepherd. (Milly now has about 600 followers.) “I Googled ‘sunflower farm Ontario,’ and it was the first thing that popped up.”

With Instagram bubbling over with images (there are more than 95 million photos uploaded every day), standing out from other posts to score likes and followers has become an increasingly competitive quest. Influencers and armchair Instagrammers alike are going to extreme lengths to capture the perfect shot. For some, this means putting themselves at risk taking photographs on the edge of a cliff or hanging off a speeding train—the results of which can be deadly: At least 250 people have died taking selfies since 2011. For others, like Fischer, who may be less hard-core but equally as committed to content, it’s battling hundreds of other tourists trying to get a unique photo in front of the exact same landmark.

This is selfie tourism. And, understandably, not everyone is here for it. Last November, the Jackson Hole Travel and Tourism Board in Wyoming began asking visitors not to geotag their photos, an increasingly common request made by management at scenic locations. Park representative Brian Modena said that influencers coming to shoot sponsored content and couples wanting engagement photos were overwhelming the park’s resources and damaging its ecosystem. “We want people to have a real connection to nature, not just a page with a pin on it,” Modena told The New York Times. (Signs have similarly been posted along safari routes in Africa, asking tourists not to reveal coordinates because poachers search geotags for rhinoceroses to hunt.)

Municipalities around the world have banned selfie sticks at places like landmarks, art galleries and historical sites, such as the Colosseum in Rome and the Sydney Opera House, due to fears surrounding safety (selfie stick accidentally hitting another tourist in the eye) and vandalism (say, a selfie stick accidentally ripping a Picasso). Milan has banned selfies in public spaces entirely (good luck policing that), while in Pamplona, Spain, selfies are prohibited during the Running of the Bulls to prevent injuries. In 2014, Lake Tahoe officials took the step of asking people to stop taking “bear selfies”—yes, bear selfies. Meanwhile, in Peru, 22 animals, including sloths and a manatee, were rescued from a tour company that had held them captive for the enjoyment of visitors, many of whom went solely for the photo op.

It’s tempting to attribute the popularity of selfie tourism to the vanity or stupidity of selfish avocado-toast-eating millennials. But there’s something deeper at play here. Why are so many of us bowing to the pressure to portray an extraordinary life, even if that means surrendering decency and common sense? “A lot of what drives social-media behaviour is the anticipated social reward,” says Jennifer S. Mills, an associate professor at York University whose research includes the effects of selfie-taking on body image. “Avid social-media users become dependent on that reward.”

Cody Garcia, 24, an adventure photographer from Tampa, Fla., whose feed is populated with everything from death-defying shots taken on the edge of the Grand Canyon to chilled-out snaps of snorkelling in Maui, is familiar with that pressure. “There is an expectation once you start taking these crazy shots.” Travel selfies make us seem happy, rich, culturally sophisticated and hashtag-blessed. Anyone can look great in their bathroom. (Thank you, Crema filter.) But being on a beach in Thailand or in front of the Great Wall of China implies that we had the means and status and knowledge to get there.

Still, by focusing on capturing all of this content instead of really taking in the soft white sand of that beach in Phuket or the 21,000 kilometres that make up the Great Wall, what are we missing out on? If our main goal is to document everything as proof that we went somewhere cool and, by extension, are someone cool, we’re overlooking the entire point of travel: the joy of being entirely out of our comfort zone and the realization that the world is brimming with beautiful people and places and possibilities. That emotion can never be captured on Instagram.

As for Fischer, the photo of Milly beaming in the sunflower field is still on her feed, but she updated the caption to include a link to a GoFundMe meant to help the Bogle family recuperate costs incurred due to damage. The experience, she adds, will make her think twice before her next road trip. If a spot is overcrowded or threatened, she’ll pass it by. “I’m more inclined to visit places that require you to earn viewing the beautiful scenery,” she says. Now that’s a philosophy worthy of a double tap.