Carli Whitwell and her husband attempt to find some common holiday ground. 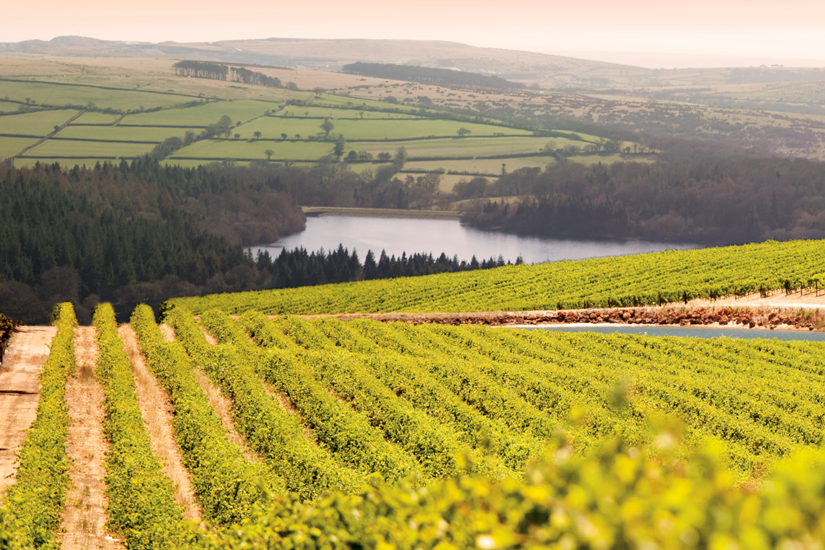 I came to the realization that my husband and I are vacation incompatible when we were on our honeymoon. We were in the crumbling, romantic seaside city of Syracuse in Sicily. I was jonesing for a little loungey beach time, preferably with my new BFFs: cassata (a ricotta sponge cake) and espresso. But Tim had hunted down an archaeology museum, so instead I found myself wandering after him through its dusty corridors for hours.

So we divorced. Kidding! But to avoid future tantrums – mine, not his – we devised a plan. Going forward, we’d divide all vacations: 50 percent sightseeing, 50 percent slothing.

We tested out the approach on a recent getaway in Napa Valley and San Francisco. A road trip, I reasoned, would ensure that I could hop in the car and hightail it to the nearest beach if Tim pulled the museum sneak attack. It might not come as a surprise that Napa (wine, sunshine, spas, swimming) is my thing. There are 501 wineries in the county, and according to our tour guide, David, “There isn’t a bad glass of Cab Sauv.” Challenge accepted, sir.

The author and her husband. Image by: Ford Canada

First up: sightseeing. Our Napa time began with a visit to Elizabeth Spencer Winery. This mom-and-pop operation doesn’t grow its own grapes; rather, it sources them from local vineyards. Spencer’s was my kind of tasting: We were served in a tree-lined courtyard. For those who prefer the romance of a wine tour, I’d recommend Davis Estates. It’s the passion project of Mike Davis, a gregarious-cowboy type who made it big in the tech boom and then went into the wine biz – for fun. The tour is worth it to see his palatial manor alone; apparently some state senators had stopped by the week before. A blissful Tim took so many photos his iPhone died. Meanwhile, I powered through until I found a comfy hanging chair on the terrace overlooking the valley.

Round two: sloth mode. You won’t find any impersonal 500-room hotels in Napa; it is mostly B&Bs or small resorts. We stayed at the ultra-luxe Calistoga Ranch – think summer camp for millionaires – which has just 50 rooms. They call the rooms “lodges,” which is apt because they’re bigger than my condo and feature outdoor fireplaces, outdoor showers and hot tubs. It’s also worth noting that the resort is in a forest, so it smells like you’re inside a cedar-scented candle. We wrapped up our stay with a deep-tissue couples massage in the ranch’s Auberge Spa, after which I nearly cried because I didn’t want to leave.

Next up: city sightseeing. Knowing we were headed into his territory, Tim appeased me by letting me drive. I dawdled as much as I could, taking a leisurely, winding route into the city before hitting all the classic tourist stops – Golden Gate Bridge, Fisherman’s Wharf, AT&T Park (the stadium where Kanye proposed to Kim, so obvs a must-stop) and the OG hippie haunt, Haight-Ashbury. (FYI, Deadheads: 2017 marks the 50th anniversary of the Summer of Love, and the city is hosting exhibitions and festivals all year long.)

Today’s San Fran is not the Full House iteration you grew up with. It’s now a home base for booming neighbour Silicon Valley, and apartments here cost more than their Manhattan equivalents. The people-watching is just as good as the Big Apple’s: Over truffle fries and a glass of Cab Sauv in the St. Regis hotel, I’m pretty sure we saw at least five app-development deals go down.

As the city has evolved, so, too, has the food scene. The region now boasts 49 Michelin-starred restos. We ended our getaway with a meal at the buzzy Twenty Five Lusk, which recently got a thumbs-up from Barack Obama. “Nobody comes here once,” our guide had told us about the city. Turns out not even sedentary vacationers like me can resist it. We’re already planning our next trip.

JOY RIDE Your road trip is only as good as your wheels. Here are my three must-haves.

1. Comfy seats. We test drove the 2017 Lincoln Continental, and I can report that the leather seats were as soft as the marshmallow-like bed in my Napa lodge. They also boast back massagers.

2. A good sound system. The Lincoln’s 10 speakers ensure you can always play Rihanna at full blast, as she should be.

3. A jacked-up dashboard. Among its many tricks, it shows the speed limit of the road you’re on. This is helpful when you’re pulling a Jack Kerouac and have no idea where you are or how fast you should be going.