ELLE Travel: 10 things to learn about life from travel 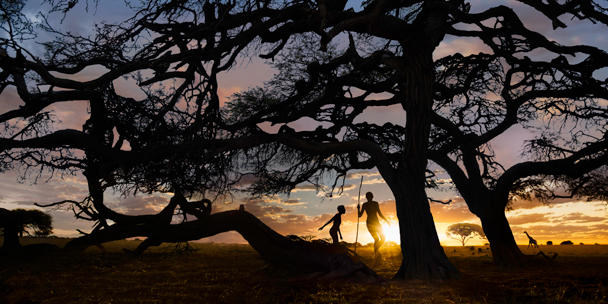 Whether he’s photographing vanishing cultures in India and Tibet, conflict zones in Afghanistan or even the Pirelli calendar in Rio de Janeiro, Steve McCurry is drawn to places with a strong visual identity. Best known for his 1985 National Geographic cover shot of Sharbat Gula, the “Afghan Girl” with the piercing green eyes, the 64-year-old is still on the road nine months of the year, “trying to bring out the humanity in people.” For his latest project, he collaborated with Etnia Barcelona on the Spanish eyewear brand’s “Wild Love in Africa” line.

Over five days in South Africa, he snapped 15,000 pictures, which he then whittled down to three shots that best capture the essence of the collection of acetate frames in giraffe, zebra and cheetah prints with bright pops of electric blue and red. His favourite image? A portrait of Jonas Ohentse, a 52-year-old South African artist, draped in a red shawl. “He has an innate sense of style,” says McCurry. “I love working with and showing real people who have such an authentic way of presenting themselves to the world.” Here, in his own words, is what McCurry has learned about life from travel.

1. “I define adventure as going to a new place or being in an unfamiliar situation where some wonderful, unexpected thing could happen at any moment.”
2. “I’m compelled to travel by curiosity, my nomadic nature and a desire to experience and see all the amazing things this planet has to offer.”
3. “As a photographer, I spend a lot of time watching and waiting—which is very intuitive and reflective. I’m never sure when the moment is right. I shoot a lot of moments because I never know when a situation will either peak or evaporate.”

Etnia Barcelona "Wild Love in Africa" collection (from $269 to $299, etniabarcelona.com). Two percent of global sales is being donated to the Africa Rising Foundation, Ndaba and Kweku Mandela’s non-profit supporting development on the continent.

4. “I’ve learned that people are pretty much the same wherever you go. Everybody wants to be respected and loved, and one of the great tools in photography is humour, which is universal.”
5. “The greatest thing about having travelled for 30 to 40 years is that I now have friends in most places I go. And with the advent of Skype and Viber, I can keep in touch from anywhere.”
6. “I don’t often feel alone when travelling. The only time I can remember feeling lonely on a trip was when I was in an unventilated, overheated hut in Afghanistan that smelled like dirty socks. The sun set at around 5:30 p.m., and there was nobody to talk to, no radio, no windows and no light to read by.”

7. “It’s important to document the world’s current events so we have a memory of where we’ve been. There’s always a balance between risking one’s life for a picture and being overly cautious and timid. I don’t think it’s worth getting killed for an image, but sometimes you need to go for it and just hope for the best.”
8. “I pack just the essentials—I carry my camera equipment with me on the plane, and I only check things if it doesn’t matter if they get lost.”
9. “I try to be a fly on the wall. I carry a Filson camera bag and dress to blend in. My focus is about being comfortable and functional.”
10. “When I’m back in New York at my studio, I’m always looking ahead to the next great adventure—for me, it’s never a struggle to leave what others may consider such a ‘comfort zone.’ The road is my true home.”