Bright, lively and energetic, Shanghai is a world-class destination poised to explode onto the global scene. 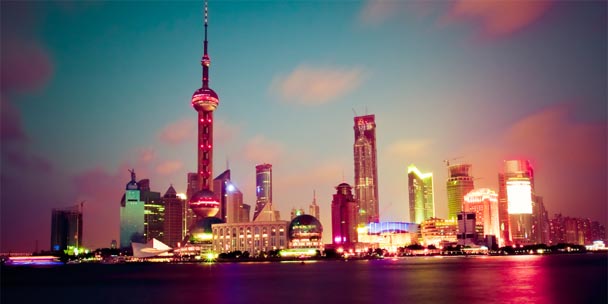 Standing in the airport, I often play the If I could, where would I go? game. It involves scanning the departure boards full of names of destinations all over the globe and choosing the destination that appeals most at that moment. Having recently discovered the exceptional service aboard Jet Airways, it’s easy to choose destinations this airline flies to because getting there is half the fun! And so, a trip to Shanghai aboard Jet Airways turned out to be the perfect getaway and the experience of a lifetime.

Arriving in Shanghai
It’s easy for travel-weary visitors to Shanghai to arrive and find themselves surveying their surroundings with a touch of wonder, then engaging in a geographical guessing game: Where in the world am I?  Especially under the cover of night, Shanghai channels a rather intercontinental vibe. It’s a little bit Hong Kong, a little bit Paris and perhaps a little bit Manhattan. But as the dawn breaks, Shanghai emerges from the shadows as an inimitable metropolis all its own, not just a city of lights at night and more than the sum of its soaring skyscrapers. Shanghai is a burgeoning example of East meets West, at the heart of a collision between old and new.

And who’s winning the battle? It’s tough to say. As tradition and transformation jostle for their rightful positions, both hold their ground. Teenage girls dressed in designer jeans with iPhones cradled tenderly to their ears swarm the shopping malls, like their counterparts the world over. But just a short stroll down the street, the local markets of this former fishing town, selling every manner of animal, vegetable and mineral, take unsuspecting tourists by surprise, making them feel as though they’ve stumbled upon a centuries-old, sepia-tinged moment, frozen in time.

2010 World Expo
The world is about to get up close and personal with Shanghai as the city prepares to take center stage next year and throw open its doors for all the world to enter. Touting a slogan of Better City, Better Life for World Expo 2010, Shanghai is increasing its efforts to raise awareness about eco-friendly living, improve the city’s level of function and show the world what community can accomplish and what world-class means in Shanghai.
As the host of the 2010 World Expo, Shanghai has its work cut out. Some twenty million people already call the city home but World Expo is expected to lure an additional 70 million visitors between May 1 and October 31. And considering that jaws around the globe became unhinged as rival city Beijing unveiled its spectacular Opening Ceremonies for the 2008 Summer Olympics, the pressure to impress is most certainly on.

So, a city of this size and stamina rises to the challenge in more ways than one. Shanghai is building up, up, up, with new high-rises and skyscrapers being added to the city’s developing skyline at every turn. Currently boasting 4,000 skyscrapers (and counting), Shanghai’s upward expansion is aggressive. And its construction plans for Expo alone, even more so. Five metro lines, two cross-river tunnels and three ferry docks are all being planned to help politely usher the influx of visitors from one end of the city to the other. Furthermore, two airports, three railway stations, a 400-kilometre metro line network, a 700-kilometre expressway system and a large number of parking lots are all being designed to help further the imperative cause of order and efficiency. Shanghai currently has 310 star-rated hotels with 58, 575 rooms available to bed the arriving throngs with another 80 hotels with a three or higher star rating slated for completion by 2010.

As millions of dollars are poured into revitalization efforts and an improved infrastructure, so is money being thrown at restoring historic districts and creating new ones.  Beautification is a work in progress here but the money is being spent and the work is being done. The rehabilitation of Suzhou Creek, which flows through Shanghai’s city centre, is now nearing the end of a 12-year program and has focused on improving water quality, increasing the standard of living and developing the area into a picturesque urban destination for locals and tourists alike.

But most recognizable, commanding attention from both sides of the Yangtze River, is Lu Jia Zui, the city’s financial district in Pudong and the main site for the World Expo. This bustling area has just recently opened the doors to the luxurious 174-room Park Hyatt, Shanghai, the highest hotel in the world, sitting pretty on floors 79 to 93 of the Shanghai World Financial Centre. From up there, almost in the clouds, the sweeping views of the city are dizzying but provide an opportunity to pinpoint where the day’s travels should lead next. And in all likelihood, it’s The Bund.

The Bund
The Bund must be seen both by day and by night. It is a section of Shanghai that has become one of the city’s most recognized landmarks. The strip along the Huangpu River is home to a series of architectural misfits. These beautiful, European-style buildings, simultaneously out of place and completely at home, are the former headquarters of Western-owned banks and institutions. Emerging from a recent renaissance, the area draws countless crowds year round. Formerly abandoned, the buildings of The Bund are now leaping back to life, louder and larger than ever before and it’s become the most impressive address in all of China. Offering magnificent views of Pudong across the river, The Bund is now a hotbed of activity, splashy and sophisticated, crawling with the city’s hip urban crowd, a healthy dose of tourists and an endless parade of street hawkers selling every imaginable tchotchke you’ve never needed.

Dining
While cheap and delicious eats like dim sum and pork buns are easy to find and a must for all visitors, dining on The Bund is considerably less authentic and more expensive. But definitely worth trying: Jean-Georges on the fourth floor of Three on The Bund. World-renowned chef Jean-Georges Vongerichten dishes up modern French fare that has had tongues wagging and salivating since the restaurant opened four years ago. And oenophiles will delight in knowing that the wine cellar is epic with over 5,000 bottles of wine to eeny-meeny-miny-mo over.

But if eating French food in China feels counterintuitive, the Whampoa Club is just one floor up from Jean-Georges and is the culinary playground of Hong Kong-born chef Jereme Leung. Though not originally Shanghainese himself, Leung has studied the roots of this ancient cuisine and developed a modern interpretation, representative of the continual merging of old and new the city faces.

It seems fitting that by the Chinese calendar, 2009 is the year of the hardworking ox. The city’s expansion and revitalization plans leading up to World Expo are overwhelming but greatly needed in order for the city to cope with the anticipated invasion of international masses. And as Shanghai prepares to usher in the year of the tiger, characterized by leadership and good fortune, in 2010, the world waits with breath that is baited.

Your tour guide
An avid traveler, Natalie Bahadur is a regular contributor to ellecanada.com and the editor of styleathome.com.