5 unexpected reasons to do a stopover in Iceland

It's all the rage for a reason. 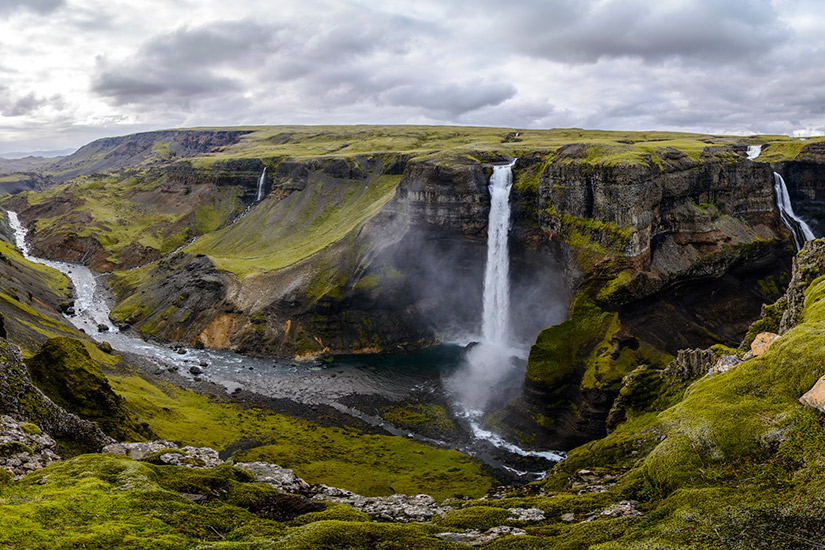 The word “stopover” generally does not elicit excitement. That’s because they typically involve trudging, jet-lagged and crumpled, through the airport of a city you are not visiting, standing in yet another customs queue and then killing time by buying coffee and overpriced snacks before the scrum to get back on a plane, score some space in the overhead bins and squeeze into your economy seat.

Not so with Icelandair. I’ve had what could be referred to as the opposite of aversion therapy. Conversion therapy? Yes, I’m a convert to stopovers. Especially when they involve magical landscapes, quirky customs and good food.

The airline offers free stopovers for up to seven nights to customers flying between North America and Europe. Seems like a no-brainer for those of us (and we are many) who’ve long had Iceland on the travel wish list but kept demoting it in favour of more cosmopolitan cities or multi-destination European tours. Plus, Iceland is having a moment, so you should probably get on it. Here’s why.

Icelandair offers a free “buddy” service – a local who can act as your personal host for a day. The buddies are all airline employees and offer insider intel on where to eat, drink and frolic. I had the pleasure of hanging out with five of them. Touring Iceland with an Icelander is a game changer (and a privilege – there are only 332,529 of them). My buddies were the best dates at the super-cool Airwaves music fest in Reykjavik, where between a Björk concert (#legend) and an intimate Of Monsters and Men gig (ah-mazing), they filled me in on the local music scene. If only I could have stayed long enough to take in some “barn music” – fast-paced acoustic tunes that everyone there knows the words to. (The Stopover Buddy service is available until March 31, 3017; find out more here.)

2. It is highly Instagrammable

Iceland is beautiful in a dramatic and varied way. Where it’s not fairy-tale-like, with vivid green landscapes and frothy rivers and waterfalls, it’s dark and brooding and rough. And when you see the moss-covered lava fields and columns of steam and gas rising from fumaroles (holes in the earth’s crust), it’s easy to see why some Icelanders still believe in elves.

The perfect setting for an insta. Credits: Ciara Rickard

Although some Icelandic delicacies are not so appealing to Western palates (I wimped out on tasting their much-loved hákarl (fermented raw shark) after one whiff; think pungent, fishy Windex), most of the food I had in Reykjavik was up to the standard of that of any world capital. A meal at Fiskfélagi (Fish Company) was so good I hit “full” and kept going – which is saying something for someone who doesn’t usually love fish. Other great restos: Slippbarinn (one course here was a mini frying pan filled with melted cheese topped with honey and pine nuts – a bold move but oh so good) and Friðheimar, a tomato farm that serves tomato-themed food, from soup to cheesecake and ice cream.

When Icelanders talk about “going for a swim,” they often mean taking a dip in one of the country’s many outdoor geo-thermal pools – basically giant natural hot tubs. The famous Blue Lagoon is a beautiful example, but if you’re not into hoards of tourists (and, really, who is), there are plenty of quieter, more remote options. I had a restorative soak, Icelandic beer in hand, in the Secret Lagoon, which is about an hour and a half away from Reykjavik. Surrounded by bright-green fields and the hollowed-out remnants of the old stone-walled changing house, you literally feel like you’re in a secluded steamy pond full of just-the-right-temperature water. Hot tip: Get a drink at the little bar inside, and take your beer or wine into the pool for extra heavenliness.

Taking a dip in one of the country’s many outdoor geo-thermal pools is a must. Credits: Ciara Rickard

5. Their music game is strong

For a tiny country, Iceland has produced an impressive number of international acts – from Björk to Of Monsters and Men. One expat told me that almost everyone she met while living in Reykjavik either played an instrument or had friends and family members who did. Live music – in bars, living rooms, campsites – is part of the fabric of life here, while various music fests throughout the year attract fans from all over the world.