In a city that oozes cool and never sleeps (sorry, New York – we think Berlin might just have you beat), you can explore, shop and dine around the clock. 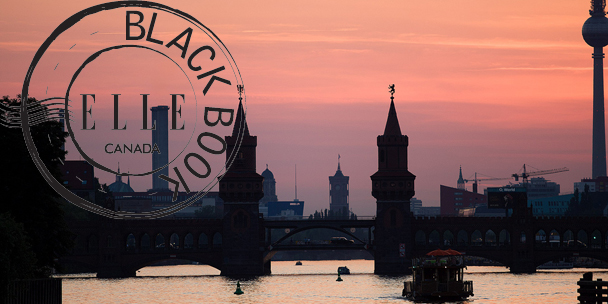 There’s always something to do in this grunge¬-meets-indie-meets¬-hipster-meets-eccentric city – no matter the day, the hour or the season. With 198 nationalities, 13,000 restaurants, countless hidden bars, museums, galleries and neighbourhoods, Berlin is an eclectic place.

PARIS, ROUND TWO: How to visit PARIS the second or thrid time around

“It’s an edgy, young, quirky place,” says Henrik Tedefjard, one of the city’s foremost insiders on culture, food and entertainment. “And twenty-three years after the Berlin Wall fell, we’re just scratching the surface of what Berlin can be.”

Read on for our top picks of where to explore and where to stay this winter and catch Berlin’s infectious vibe in both the east and the west ends.

1. Go on a foodie tour
One of the best ways to explore Berlin’s gritty-meets-trendy vibe is through its food and nightlife. The beauty of Berlin is that you can have a little bit of everything when it comes to food. A gastro-rallye tour (gastro-rallye.com) – three stops, appetizers, main and dessert at three different locations – lets you sample many styles in one night. Henrik Tedefjard is possibly one of the most fast-paced, fun-loving people you’ll ever meet, and he’s the perfect guide for touring you around on a gastro-rallye tour. Why? Because he knows every single nook and cranny of the edgy city. Madonna enlisted Henrik to help show her daughter Lourdes around the city, and he was once actress Tara Reid’s “date” for a night on the town. He knows how to explore. Get ready to follow him on an adventure.

Starter: Katerschmaus (roughly translated to “cat feast”)
The pathway to this resto-bar might seem sketchy – a walk through a dimly-lit parking lot, over puddles, through curtained doors, and up multiple flights of concrete steps will get you there – but it’s well worth the uneasiness. As Henrik explains, “If it’s kind of scary, Berliners think, [the restaurant or bar] must be in here.”

In Berlin’s ever-changing restaurant/bar scene, it’s a nightclub/restaurant/rooftop bar/club/rock concert spot where on every level and behind every door/curtain is something completely different. When we finally find our way we end up on an upper-level space of old concrete, brick and industrial finishes. Top it off with mismatched chairs, tables, books, posters, art and an open kitchen, and it feels strangely like a living room and an ultra-hip bar all in one. The food isn’t shabby either – try a warm, hearty salad or soup to get started.
(katerholzig.de)

Main: Tucholsky Resto
While Berlin prides itself on not being typical German (you won’t find Bavarian-style drinking and singing here), they still have a soft spot for traditional German dishes. And Tucholsky Resto’s location in the trendy Mitte neighbourhood is where locals get their traditional comfort food fix. The walls are lined with old black-and-white photographs, and the décor – consisting mostly of wood – is anything but modern, but the food is delicious and over-the-top rich (think duck breast and gravy, fried potato balls and warm bread served with duck fat instead of butter).
(restauration-tucholsky.de)

Dessert: Pauly Saal (roughly translated to “big hall”)
Set in an old Jewish girls school, this half-bar/half-restaurant is an ideal spot to end a night with dessert and a strong coffee. Built in the 1920s, it has a nostalgic feeling, with the main restaurant residing in the school’s former gymnasium. Sadly, the building was also the last point of deportation for many Jewish people during WWII, and the feeling is an odd mix of vibrancy from the patrons and a looming past. But as Henrik suggests, if you adopt the Berliner attitude of acknowledging the city’s history while enjoying the present, you’ll be able to tuck into your creamy latte and crème brulee with more ease.
(paulysaal.com)

Explore Berlin’s chic neighbourhoods on the east and west side …

Kreuzberg is changing the way outsiders see Berlin. Forgotten about due to the frenzy around East Berlin throughout the 1990s and into the early 2000s, it is now one of the most happening, trendy spots in the city. The Oberbaumbrücke bridge connects Kreuzberg with its east counterpart, Friedrichshain, and has a collection of tiny cafes, bars and shops that make spending an afternoon or night there easy. Hint: You’ll want to sample Berlin’s famous curry sausages at Curry 36 (Mehringdamm 36), and SO36 for a night of dancing (where Iggy Pop and David Bowie performed in the ‘70s). There’s always something happening. From a winter circus in the park to a DJ spinning in the subway station, there’s something new at every corner of this ten-square-kilometre area. The mainly Turkish community is where you’ll find artists, writers, students and musicians, and where you’ll also discover the most graffiti – focused on art and politics – in all of Berlin. For an art display, be sure to hop over to the Friedrichshain side, where you can take in the 100-plus paintings on the remnants of the Berlin Wall along the East Side Gallery.

Another small borough nestled in West Berlin, Schöneberg boasts seemingly quiet streets that are actually full of life. Small shops dot this area (from vintage stores/cafes to book stores, stores for food lovers and even a shop dedicated to apples) – all of which are perfect for ducking into if the weather is chilly, rainy or you need a quick warm-up. But be forewarned – you’ll likely need some space on your credit card or a fistful or Euros on hand to pick up some amazing finds. If you can get there on a weekend, check out the farmers’ market in Winterfeldtplatz, where you can stock up on seasonal goodies, produce, flowers and more. And the one must stop, no matter what?
Winterfeldt Chocolate Shop. Two main reasons: One, it’s a chocolate shop (because once you try German chocolate, nothing else really compares); and two, the Winterfeldt shop in the downtown portion of Berlin is teeming with tourists on a daily basis. Instead, why not snoop around this smaller location with shelves and shelves of chocolate treats, bars, candies and more, all in pretty packaging? We dare you to leave without purchasing or at least trying a sample.

Where to stay on the next page …

Image courtesy of the Hotel Adlon

4. Where to stay: The Adlon Hotel

You can find just about any level of comfort in Berlin, from bustling hostels crammed with young backpackers and artists to the uber-rich and luxe five-stars. The vibe at the Adlon Hotel next to the famed Brandenberg Gate lured us in. Sound familiar? It’s the infamous spot where Michael Jackson dangled his baby Blanket over a balcony. But that aside, the Adlon is also where the likes of Brad and Angelina, among countless other celebrities, politicians and dignitaries, rest their heads. Its ideal location – just on the east side of Brandenberg Gate in former “no man’s land” during the Berlin Wall days – means you’re steps away from a haunting and beautiful Jewish Memorial, East Berlin’s famed Museum Island, Potsdamer Platz for shopping, Checkpoint Charlie and the Unter den Linden park. Book yourself a suite with a view of the gate and don’t bypass an hour or two at the spa, especially if it’s a frigidly cold and stormy day outside.