Wading through the selections of the Toronto International Film Festival (TIFF) can have anyone who isn’t a die hard film buff wondering if they just got tickets to the next Slumdog Millionaire or a foreign art house film that will never be played outside of TIFF. 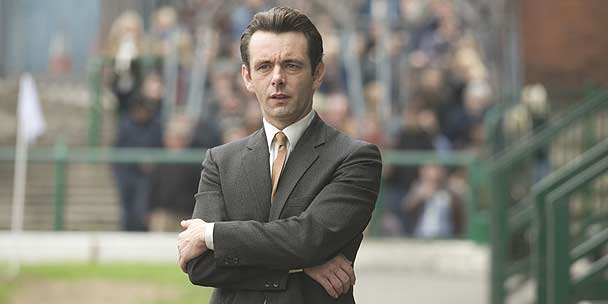 Every film goer has his or her own idea of what makes an enjoyable film. Here, ELLE Canada has helped to narrow down some films worth seeing from the hundreds of selections available.

For sports or soccer fans, see The Damned United

One doesn’t need to be a sports or soccer fan to enjoy the compelling true story of soccer manager Brian Clough (Michael Sheen of Frost/Nixon acclaim), but die hard fans of British Premiere League Football will take it a little bit more to heart. Taking place in the 1970’s the film follows the career of rising underdog, Clough, who led second division team Derby County to the premiere division in a few short years. Finally obtaining a coveted job in managing top premiere league team, Leeds United, he comes to realize he’s failing at the top.

In the market for a witty, but not cheesy, girl power movie? See Whip It

Drew Barrymore’s directorial debut, Whip It, is a sharp, witty comedy that proves films can handle strong female characters who go against the grain. Bliss (Ellen Page) is a 17-year-old teen brought up competing in beauty pageants, but is restless acknowledging that the character she is supposed to be building is not to be found while strutting on stage. She soon uncovers a talent and passion in roller derby and quickly becomes a rising star in the league.

For those who long for a high school horror film, see Jennifer’s Body

Juno scribe, Diablo Cody, returns to TIFF with her highly anticipated high school horror flick, Jennifer’s Body. Horror films often have the tendency to have a B-rated feel and all too often features two-dimensional female characters, but with Cody penning the story, the bar has been elevated for the genre. Starring Megan Fox as Jennifer, the hot high school girl every girl wants to be like and every boy wants to be with, but little do they know, Jennifer is literally a man eater.

For fans of Twilight and “True Blood” that need a vampire fix, see Daybreakers

Daybreakers fast forwards to 2019 where the majority of the earth’s population is dominated by vampires, leaving humans on the brink of extinction. With the shortage of humans, follows a shortage of blood, leaving the society of vampires in a race against time to find a blood substitute before they are forced to turn against one another, becoming nothing more then savages.

Fans of a good early 19th century period film should definitely pick Bright Star as a must see during the film festival. The film chronicles the love affair between famous romantic poet John Keats (Ben Wishaw) and his muse, Fanny Brawne (Abbie Cornish). Fanny, a fashionista of the day, will have those who appreciate the costume design drooling for a straw bonnet accented with flowers come spring. The solid and heartbreaking film was written by Jane Campion who took home the Best Original Screenplay Oscar in 1993 for The Piano and already has people talking about Abbie Cornish as the next new actress to watch.

(Above photo from The Damned United)

More great flicks on the next page …

For a good documentary, see Good Hair or Capitalism: A Love Story

In Good Hair, comedian Chris Rock examines a question asked by his young daughter, “Daddy, how come I don’t have good hair?” Realizing the lengths and the cost African American women are willing to go to maintain hair that emulates caucasian follicles, Rock looks into the cultural impact of this obsession with hair and the politics and economics surrounded by it. Rock speaks to everyone from Maya Angelou, Reverend Al Sharpton, and the man who sells human hair for weaves to try to grasp this obsession. Rock’s comedic, yet incredibly informative delivery bridges an understanding of culture and commerce of African American hair.

Michael Moore returns to take on The Man in his latest, Capitalism: A Love Story. Moore has always incorporated his crumbling hometown of Flint, Michigan in his films to demonstrate a divide in America, but with the economic collapse, places like Flint are emerging across America. Aware of the fact that the American way is to love capitalism, Moore questions how this love took a sour turn. Moore hits the streets from Pennsylvania Avenue in Washington, D.C., Wall Street, and main street to find out exactly what caused this economic mess we’re all trying to get out of.

For someone looking for a little rock and roll, see White Stripes Under Great White Northern Lights

White Stripes Under Great White Northern Lights follows the White Stripes on their 2007 Canadian tour. What made this Canadian tour unlike any other, was that Meg and Jack White went to every province and territory in the second largest country on earth and left no stone unturned. Aside from planned tour dates at the typical venues of clubs and arenas, the film documents impromptu shows on a city bus in Winnipeg, YMCA day camp in Toronto, and a bowling alley in Saskatoon.

If you’re looking to be in on a secret, see The Imaginarium of Doctor Parnassus

The Imaginarium of Doctor Parnassus is probably best known as the late Heath Ledger’s last film. There has been much discussion since the actor’s death of how the final product would turn out after casting Johnny Depp, Jude Law, and Colin Farrell. Currently the film is so shrouded in mystery, that press who had the chance to take a peek were required to sign waivers promising not to leak out any details of the film itself. Advance buzz is that director, Terry Gilliam has done the film justice, but everyone is still dying to find out any tidbits about it.

(Above photo from Capitalism)

Films for fashion lovers on the next page …

For someone who wants to be floored by surprising performances, see Precious: Based on the Novel “Push” by Sapphire

Precious, directed by Lee Daniels, is receiving the pre-Oscar buzz the TIFF is best known for. The heartbreaking story of abused, obese, and pregnant teen, Claireece “Precious” Jones (Gabourey Sidibe) demonstrates how many people slip through the cracks of society. The compelling story is certainly driven by the surprising performances by Mo’Nique and Mariah Carey, which stand out particularly as the unlikely Oscar contenders due to their previous flops, Soul Plane and Glitter (respectively). However, Hollywood loves a fairy tale, and it seems as if Precious may give both Mo’Nique and Carey a Cinderella moment in their acting careers.

There are also three other great picks which could confuse anyone to choosing another equally good, similarly titled, but totally different film. Here’s a brief rundown to clarify a little confusion between A Single Man, A Serious Man, and Solitary Man…

For fans of Colin Firth and fashionistas who love Tom Ford, see A Single Man

Fashion circles have been abuzz with Tom Ford’s directorial debut. Ford who is best known for launching Gucci to ooze sex appeal on runways and in his recent incarnations with eye wear and fragrances, has decided to expand his resume to the world of film. Starring Colin Firth, Matthew Goode, and Julianne Moore, the story is adapted from Christopher Isherwood’s novel, which takes place in 1967 and deals with loss of a lover.

For fans of the Coen brothers, see A Serious Man

Following up their comedy, Burn After Reading, Joel and Ethan Coen’s latest is a drama of a man who just wants to be taken seriously. Larry Gopnik (Michael Stuhlbarg) finds his career and home life hanging by a thread as he can’t find any respect from his students, wife, brother, and even his children. Struggling to hold onto any last bit of sanity, Larry seeks advise from a wise and elusive Rabbi (George Wyner).

For someone who wants to see a powerhouse cast, see Solitary Man

(Above photo from
A Serious Man)