TIFF 2012 Party Report: The 6 most anticipated parties of this year’s film festival

The crowds, the dress code, the movies—we’ve rounded up TIFF’s top “see and be seen” soirees. 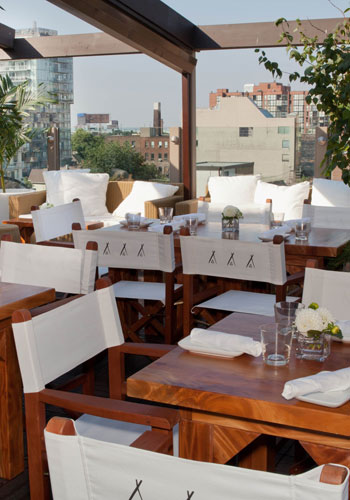 The Toronto International Film Festival has many faces. For every flashbulb-popping red carpet on King Street there is an underground indie being celebrated in the far reaches of Toronto’s west end. While the films are purportedly why everyone is there, sometimes it feels like the cart is leading the horse, with the parties taking the spotlight.
TIFF parties are as varied as the films – splashy open bar galas, intimate indie gatherings and everything in between compete for best guests, drinks and most importantly buzz. Here are our picks for six of the most anticipated parties this festival: big, small, glam and grungy.

Movie tie-in: With Soho House finally established in their own Toronto home, they are ready to play host to some of the festival’s hottest tickets of 2012, including
Anna Karenina,
Silver Linings Playbook,
The Sessions and
Byzantium.

Crowd: Triple-A-listers and strictly invitation only, this will be the gathering place for celebs looking to get away from the gawking crowds, mix with their own kind and get their hands on a cocktail or two.

Dress code: Everything from gala gowns to chic and simple cocktail wear. This clubhouse is where celebs go once they’ve done their work and just want to hang out, so by the end of the evening ties are loose and everyone has let their flawless hair down.

Likely to overhear: Relatively unguarded celebrity banter, former cast mates reconnecting, and plenty of truly good gossip (Lainey of LaineyGossip loves her Grey Goose, so eavesdropping on her conversations is probably a fantastic way to get the best dirt).

Party notes: If you are part of the 99% – meaning those without access to this buzzing hub of fabulousness, take heart – you can drink like a celebrity if nothing else. Globetrotting mixologist and GREY GOOSE Global Ambassador, Dimi Lezinska, created the film-inspired cocktail collection being served at the venue. He has also created a how-to video for aspiring mixologists and cocktail aficionados alike demonstrating how to recreate these cocktails when entertaining at home. Or for drinking alone and dreaming up ways to sneak in to the party – up to you.
Check the video out here.

Movie tie-in: Nikki Beach has become a festival cornerstone, magically appearing wherever the glitterati gather to pop bottles. One of the reasons it is so popular among celebrities and their handlers is its commitment to keeping secrets. While it will play host to several film parties during its festival run, the names are being kept close to the vest to keep A-listers’ privacy at a maximum.

Crowd: Over the course of its five days and nights, Nikki Beach will be a hub for Euro sophisticates, high-gloss celebs looking to hold court from their own cabana, and a carefully curated list of local influencers. The bottom line – if you don’t have an official VIP card, there is no point in showing up. This will be a hot ticket from morning to night, and once that 300-person capacity is reached on the rooftop, there will be no negotiating.

Dress code: Think European nightlife. Gucci, Pucci, even Versace will be de rigeur. Likely to overhear: Exchanges of globe-trotting one-upmanship, some film insider shop talk (agents need to discuss something while their clients order bottle service) and the sound of a million air kisses.

Party notes: The pop-up club is installed on the rooftop of Toronto’s private arts & letters club The Spoke, which has been re-imagined by Toronto-based Andrew Richards Designs to evoke the breezy glamour of the original St. Tropez location. With DJs imported from France, VIP beauty treatments provided by Philosophy daily, and the famous, boozy, Nikki Beach Sunday Brunch already almost completely booked, there is no time of day the venue will be less than fabulous.

Movie tie-in: While not affiliated with a specific film, the event will be co-hosted by one of Canada’s heaviest-hitters in the industry, Paul Haggis, alongside local arts champion George Stroumboulopoulos. The star, so to speak, is the charity Haggis founded in 2009, with a focus on fundraising to build schools in the poorest parts of Haiti.

Crowd: Socially conscious celebrities both local and international. The charity’s board includes a cross-section of Hollywood’s most successful and philanthropic actors – any who are in town for the fest will likely attend in support of the cause.

Likely to verhear: Discussions about real world issues including arguments about who gave the best speech at the Democratic National Convention.

Party notes: The evening will be followed by an intimate fundraising lunch on Saturday Sept 08, co-hosted by Paul Haggis, Jude Law, Trudie Styler and George Stroumboulopoulos with special performances by Raine Maida, Chantal Kreviazuk , K’Naan and members of Arcade Fire to raise funds and awareness for current reconstructive efforts on the ground in Haiti.

Much more TIFF party info on the next page…

Movie tie-in: Everyone has heard about Snoop Dogg’s new identity, but no one has the true story behind it. A documentary,
Reincarnated, follows Snoop’s journey as he embraces the Rastafarian religion and begins to make reggae music, going so far as to be christened as Snoop Lion.

Crowd: This party is being hosted by Vice deep in the west end, so it is fair to assume there will be a significant hipster portion of the guest-list. Combine that with Snoop’s crew of Rasta brethren and the fest’s professional party people looking to get in on what is sure to be one of the most outrageous parties in recent memory, and you are looking at a very interesting room.

Dress code: Basically whatever you want, but do be aware that where there is Vice, there’s the chance of being photographed for a dreaded “Don’ts” layout.

Likely to overhear: White hipster bros trying to throw down Snoop raps from the 90’s (Lodi Dodi, we know you like to party so skip it) and plenty of pro-ganga chatter.

Party notes: We predict this party will be capital-F fun, so work all your potential Vice contacts for entry. Oh, and throwing some Visine in your clutch is probably a good call.

Movie tie-in: While no film is attached, the ONEXONE Gala is in honour of the ONEXONE charity, championed by Matt Damon, and is known to draw the festival’s top talent each year as well as the city’s most active philanthropists.

Crowd: High society swans, Hollywood A-listers and this year every music lover dying to see the divine Miss Hill back in action.

Dress code: It’s a gala with a musical twist and a denim brand as a headlining sponsor, so all bets are off. It’s safe to surmise however that board member Suzanne Rogers will be in something gala worthy, hopefully with a dash of R&B diva for good measure.

Likely to overhear: With the festival well underway, the city’s socialites will be surely trading tales of their celebrity sightings. If Lauren Hill performs her hits though, all you’ll overhear is absolutely everyone singing along.

Party notes: This year’s event is way off the King Street West crawl, at Kool Haus on Queens Quay. It will be a good idea to call your taxi early and often if you plan to party hop that night.

Movie tie-in: Pusher is an English remake of Nicholas Winding Refn’s 1996 cult classic, telling the story of a week in the life of a London drug pusher.

Crowd: Cooler than thou Brits and hipster actress/models will be the main contingent. The movie stars Brit actor Richard Coyle and model Agness Deyn in her first starring film role so its fair to assume the room will be rammed with the genetically superior set. Since Nicholas Winding Refn was Exec Producer of this version, perhaps his pal Ryan Gosling will drop by for moral support too.

Dress code: Model-off-duty is the name of the game – distressed leather, heavy jewelry and towering footwear.

Likely to overhear: Who really cares what any of them will be saying – with a room full of perfect British accents everything will sound great.

Party notes: After three annual pop-up venues at the Venice Film Festival, Amy Sacco is bringing Bungalow 8 to Toronto for the first time. The famous (infamous) New York nightclub and its impressive owner are sure to make a big impression when they take over the Thomposon Hotel’s rooftop.

Toro After Dark: Toro’s annual bash on September 7th is known to bring out the best in local talent (David Cronenberg has been a big fan of this party in previous years) and the venue this year is The Hoxton, famed for late night shenanigans and the kind of dance floor that demands action. 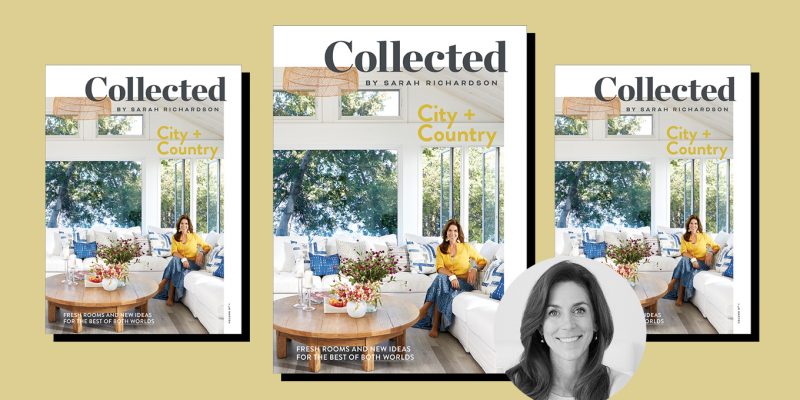 Opposites Attract in This Design and Decor Collection From Sarah Richardson 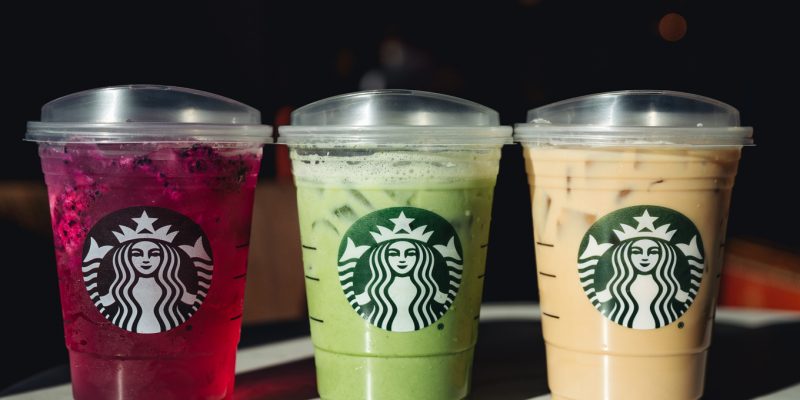