The softer side of Bret Easton Ellis, a.k.a., Mr. American Psycho 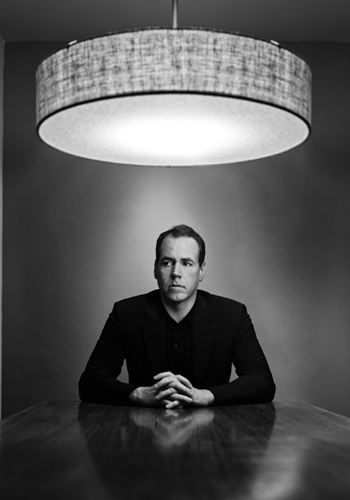 It’s not just the dauntingly dark, sometimes gratuitously violent, often funny and altogether fascinating content of books like The Rules of Attraction and American Psycho that makes me nervous—even Ellis’ Twitter feed is intimidating. His comments are often unfriendly. He took a shot, for example, at Zero Dark Thirty director Kathryn Bigelow. (“Kathryn Bigelow would be considered a mildly interesting filmmaker if she was a man but since she’s a very hot woman she’s really overrated.”) So when I read Ellis’ tweet “I wish people would stop taking the standardly ‘controversial’ and boringly negative route with The Canyons. It’s actually a good movie,” the fear in my stomach hardened into a cannonball. I had just emailed him using that exact word—“controversial”—as an intended interview focus.

Career advice: The dangers of being TOO AMBITIOUS

I screw up my courage and ask him about the tweet to begin the interview. (He doesn’t remember it, but I’d screencapped it so I could read it to him.) “Listen, there is controversy surrounding me,” says Ellis. “We have to talk about it.” And The Canyons has certainly been talked about— most notably in an unflattering and lengthy (7,618 words) New York Times Magazine article titled “Here Is What Happens When You Cast Lindsay Lohan in Your Movie.” Enough said. Initially, Ellis didn’t want Lohan cast in the movie. “She carries a lot of baggage,” he says. “I didn’t want the Lindsay Lohan-ness of it all to overwhelm, which it has now to a degree.” Her on-set antics are infamous, covered extensively in the NYTM piece, and Ellis himself tweeted about them, quipping “Patrick Bateman has just headed over to Lindsay Lohan’s hotel to confront her as to why she missed her fucking ADR on The Canyons today.” But in the end, she won him over. “My conception of her character was a vulnerable girl, but Lindsay played her confidently and with more brashness,” he explains. Lohan’s character, Tara, is caught in a Hollywood love triangle fraught with power-hungry obsession and deceit. “She didn’t play a victim; it took me a while to accept that, but you kind of can’t take your eyes off her.”

Learn more about Bret Easton Ellis on the next page…

Ellis asks me how I’d heard of Deen (he’s the kind of interviewee who starts conversations), and I fumble and giggle through the answer. But while I’m awkward about porn, Ellis is curious. “The 26-year-old just doesn’t get my old-guy fascination with it,” he says. Who’s the 26-year-old? “My boyfriend. We’ve been together for about three years. Every now and then, I comment on the ridiculousness of me being 48 and him 26—how different those worlds are.” The night before my interview, Ellis tweeted: “The 26-year-old: no car or health insurance, can’t get a job at Chipotle, mangles ‘Hallelujah’ for YouTube video, grins and tells me: ‘YOLO!’” I ask about it, and he laughs. “This morning, his parents bought him AutoTune,” he says. “He was really offended—he knew they’d read my tweet.”

Is our obsession with CELEBRITY GOSSIP unhealthy?

We’ll all be seeing more of Ellis’ work in the next few years. And not just through Twitter. He continues to work on screenplays and books; American Psycho the musical (with an electro soundtrack) is set to hit the London stage this fall; and American Psycho itself is being remade set in present day. Maybe Ellis will even stumble onto the set, like he did in the 2000 version starring Christian Bale. “I was out with friends in New York, and I didn’t know that they were shooting on location on the street, and then I saw Mary Harron and Christian and thought ‘I’m actually walking onto the set of a movie being made from my book. How surreal is this?’” Probably as surreal as talking to Ellis, who is toweringly intimidating by reputation but open and introspective in conversation. To me, that’s even more thrilling than knowing whether or not American Psycho’s Patrick Bateman really murdered all those people. Which is actually a question that still sits with me.

READ MORE:
Can you be a minimalist in today’s maximalist world?
Top movies and TV shows to look forward to in 2013
ELLE interview: Kristen Stewart