The 10 Films You Absolutely Must See at TIFF ‘13 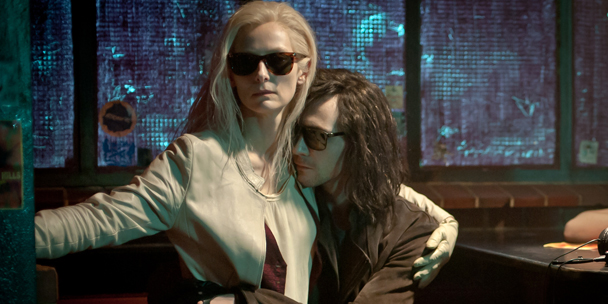 Tom Hiddleston and Tilda Swinton star in Only Lovers Left Alive
, one of our must-see TIFF ’13 picks at this year’s festival.

As wonderful and exciting as TIFF season is, tickets aren’t cheap. Clocking in at anywhere between $17-45, you better be pretty sure of your selections (or be a lady who lunches). But, with no less than 288 features this year, how do you separate the worthy from the tiresome? Over the last couple weeks, I’ve spent hours researching films, watching pre-screenings, and selflessly staring at photos of a certain fair-skinned Brit in order to bring you
the best of TIFF ’13. Here are my picks for the top ten films worth your hard-earned cash.

Only Lovers Left Alive: The vampire genre isn’t quite dead yet. This wacky comedy spins the undead love story on its head, focusing on two vampires with a centuries-old romance. Adam (Tom Hiddleston) is a Bowie-like rock star who just wants to be left alone and his lady belle (Tilda Swinton) is the
grungy-yet-sophisticated epitome of otherworldly cool. The excesses of the 21st century prove to be too much for Adam, and he orders a wooden bullet to end it all. It’s gloomy. It’s witty. And, perhaps most importantly, it doesn’t at all resemble
Twilight.

Blue Is the Warmest Color: Winner of the Palme d’Or at
this year’s Cannes Film Festival,
Blue Is the Warmest Color is nothing short of a masterpiece. Abdellatif Kechiche directs a brave and beautiful account of a young couple’s turbulent relationship. Sure, there are the headline-grabbing lesbian sex scenes, but it’s the outstanding performances by France’s Adèle Exarchopoulos and Léa Seydoux combined with Kechiche’s unmatched ability to capture the nuances and devastation of first love that make this a must-watch.

The Fifth Estate: Benedict. Cumberbatch. I shouldn’t have to go on (seriously, even his eyes have their own Tumblr fan blog), but for those who need more than the promise of a hunkalicious Brit,
The Fifth Estate also boasts an Oscar-winning director (Bill Condon) and a glimpse inside the life of Julian Assange, the original new-media whistleblower. The film details WikiLeaks’ rise and the tension between Assange and his most trusted lieutenant, Daneil Romschelt-Berg. It’s an investigative thriller with brains and, oh, did I mention Benedict Cumberbatch?

More must-see TIFF ’13 picks on the next page…

Don Jon: Joseph Gordon-Levitt writes, directs, and stars in this clever comedy about Jon Martello Jr., a porn-addicted Jersey boy (think The Situation) who grows to find women are more than mere numbers on the 10-scale. On the flipside, his love interest (Scarlett Johannson) is the manifestation of everything that’s wrong with Disney princess culture. Her own addiction to chick flicks and unrealistic expectations of men are just as isolating as Jon’s silicon-stuffed screen mates. Don Jon is intelligent, funny, and spot-on when it comes to gender politics and the millennial dating game.

All Cheerleaders Die: A rare smart horror comedy that follows a high-school outsider’s plot to infiltrate and take down a crew of too-cool cheerleaders. At first this Midnight Madness offering seems like just another teen-revenge flick, but it takes a supernatural turn and from there runs delightfully amok. Directed by Lucky McKee, known for his feminist twists on the horror genre, All Cheerleaders Die will quench your thirst for blood and all things strange.

Violette: The biopic of Violette Leduc (Emmanuelle Devos), bisexual French novelist and friend of feminist philosopher Simone de Beauvoir (Sandrine Kimberlain). Leduc’s deep feelings for de Beauvoir – both intellectual and sexual – inspire her intensely personal writing. While her frank and often sexually explicit works (which you should definitely read) are groundbreaking, she never reaches the same level of success as de Beauvoir. Instead, Leduc’s life is fraught with money problems, identity crises, and lackluster response to her work.

Dallas Buyers Club: Remember those tabloid photos of an emaciated Matthew McConaughey? He lost over 50 lbs to star in this true story of accidental AIDS activist Ron Woodroof. When the heterosexual and homophobic Woodroof learns he’s contracted HIV – a death sentence in 1986 – he refuses to limit himself to approved treatments. Instead, he smuggles in unapproved medications from Mexico and teams up with a drag queen (Jared Leto) to sell them to the growing number of infected patients in the U.S. This tough tale of transformation is getting Oscar buzz aplenty.

HAIRSTYLES: How to get red carpet curls

A Touch of Sin: Awarded Best Screenplay at this year’s Cannes Film Festival, A Touch of Sin is a daring and violent film that takes on China’s growing social rifts. Supposedly based on true events, the movie unfolds in four bloody chapters, each focused on sinful acts that end in violence. This razor-sharp critique of rampant consumerism and class disparity will likely have trouble making it past China’s censors– all the more reason to support such bold filmmaking.

August: Osage County: More Benedict Cumberbatch! Plus Meryl Streep, Julia Roberts, and Julliette Lewis all in one film. How can it not be good? This adaptation of Tracy Letts’ Pulitzer Prize and Tony Award-winning play follows Beverly Weston (Sam Shepard), an Oklahoma poet battling alcoholism while his overbearing wife, Violet (Meryl Streep), fights cancer and a prescription meds problem. After hiring a live-in caregiver for Violet, Beverly disappears, leaving Violet and her estranged children to deal with the fallout. Bonus star power: George Clooney is listed as a co-producer.

RELATIONSHIP QUIZ: Which CELEBRITY COUPLE are you?